On the afternoon of November 8, 1895, while working in his laboratory at Würzburg University, German physicist Wilhelm Conrad Röentgen produced and detected electromagnetic radiation in an unnamed wavelength that came to be known as the X-ray. The invisible rays could penetrate air, solid objects and living tissues, making it possible to create images on photographic plates or phosphorescent screens. Soon, Röentgen’s rays would be applied to medical diagnosis and treatment around the world.

Although it wasn’t officially established until the appointment of Frederick Bonte, M.D., as its first chair, in 1956, the Department of Radiology at UT Southwestern Medical Center can trace its history to the introduction of X-ray technology in North Texas, 8 years after Röentgen’s discovery. The department has been at the forefront of this rapidly advancing field ever since. From using plain film imaging in the early days to the introduction of ultrasound, magnetic resonance, and computed tomography, UT Southwestern radiologists have eagerly embraced each innovation so they could provide faster and more accurate diagnoses and improve patient care. 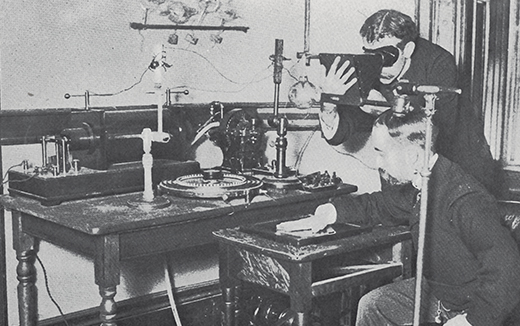 This history chronicles some of the department’s most influential people, celebrates its singular successes, and, hopefully, inspires a sense of pride and wonder at the progress and growth that have taken place. However, that inspiration will quickly fade without also looking to the future. Today’s UT Southwestern Department of Radiology is full of possibilities, thanks to an outstanding clinical and research faculty recruited from within its ranks and from around the world. Additionally, a top-notch support staff, highly valued clinical partners, and a continuum of outstanding leaders have propelled the department to world-class status.

As you peruse these pages, consider the many people who helped create the Department of Radiology. In each photograph and vignette, you’ll be reminded of where the department has been, and get an idea of where it is headed for many years to come.

It Takes a Team