The link between fat tissue and disease 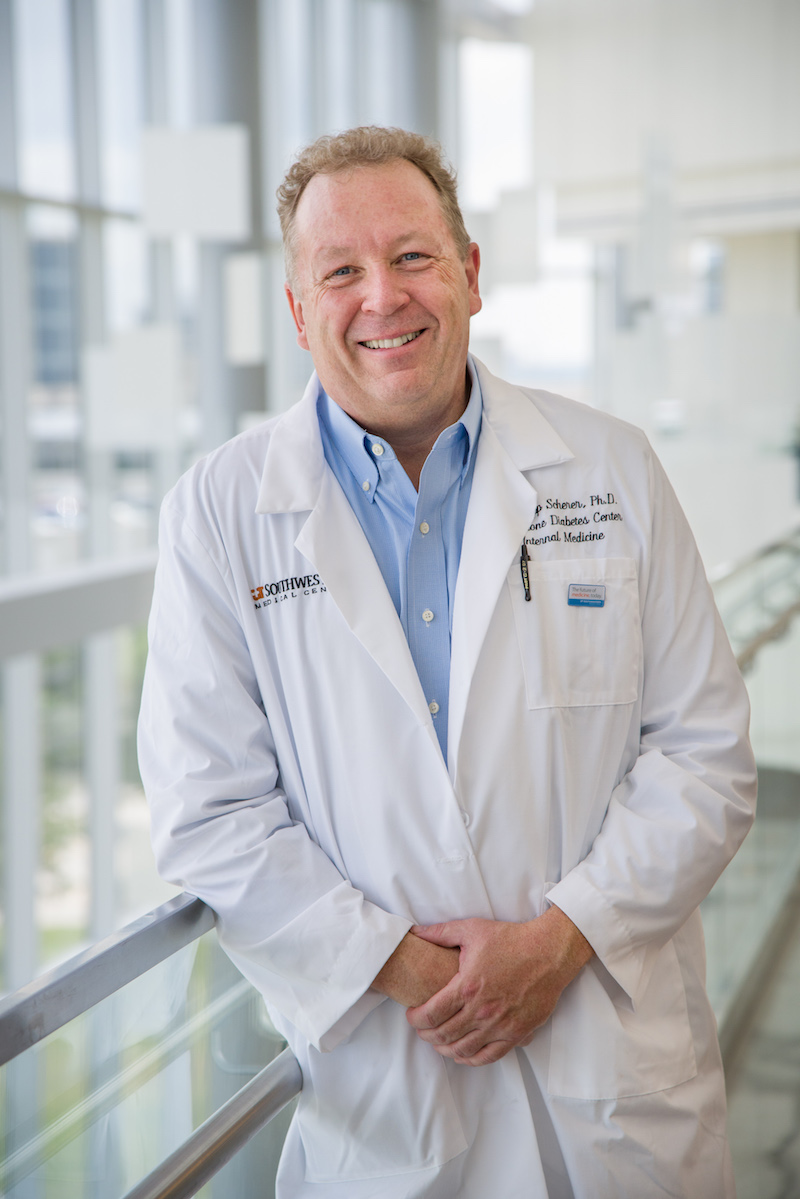 Body fat can seem mysterious and confounding, but Dr. Philipp E. Scherer aims to unravel those mysteries – especially in regard to fat’s relationship with disease.

Dr. Scherer, who has gained increasing international prominence for his research, is Director of the Touchstone Center for Diabetes Research at UT Southwestern.

The UTSW community is invited to learn about his research – which may lead to new ways of fighting diabetes and other obesity-related diseases – at the next President’s Lecture Series presentation, titled “The Secret Lives of Fat Cells: Implications for Diabetes, Cardiovascular Disease, and Cancer.” All members of the campus community are invited.

“I will discuss the many important roles that our fat cells play to maintain our overall metabolic health and highlight some areas that are negatively affected when our fat cells no longer exert their proper functions,” said Dr. Scherer, Director of the Touchstone Center since 2007.

His talk will include highlights from his recent award ceremony lecture at the European Association for the Study of Diabetes meeting in Lisbon, Portugal. At that event, Dr. Scherer received the 2017 EASD-Novo Nordisk Foundation Diabetes Prize for Excellence in recognition of his research and was hailed as “a giant in the world of diabetes research.” The European prize announcement praised the creativity of his work, which led to a new perspective on the pathophysiology of the metabolic syndrome and Type 2 diabetes, two of the world’s most common chronic conditions.

Dr. Scherer, also Professor of Internal Medicine and Cell Biology, is known for his 1995 discovery of adiponectin – a hormone produced by fat, or adipose tissue – and for defining its physiologic roles. Previously, adipose tissue had been considered a passive storage depot for excess calories.

Using techniques from cell biology, biochemistry, and mouse genetics, Dr. Scherer’s work revealed that adipose tissue is, in fact, a highly responsive and dynamic endocrine organ that plays a crucial role in metabolism and inflammation.

“Our multidisciplinary approach to define the role of the fat cell in health and disease is deeply rooted in the highly collaborative environment that we have the privilege to work in at UT Southwestern,” Dr. Scherer said. “This enables us to bring together experts from many different areas and engage them in critical research questions that require a broader in-depth understanding of the physiology of many different tissues and how fat pads interact with these tissues.”

More recently, he has worked to characterize the body’s different types of fat. Some of these fat pads can store lipids (fat particles that travel in the bloodstream) while others can effectively burn lipids to generate heat, use up excess calories, and exert potent anti-diabetic effects.

In one study, his laboratory reported that adiponectin overexpression expands body fat mass and initially protects against the development of diabetes by holding excess lipids in fat cells rather than in other body tissues. Therefore, rather than a direct cause of diabetes, obesity begins as a protective response to the threat of diabetes’ development, Dr. Scherer’s research showed.

One of Dr. Scherer’s earlier studies on adiponectin resulted in a mouse known as the world’s fattest, but healthiest. This mouse lacked the hormone leptin but had an excess of adiponectin, which caused it to become obese but remain otherwise healthy without developing diabetes.

Born in Switzerland, Dr. Scherer earned undergraduate and graduate degrees at the University of Basel. He came to the United States as a postdoctoral researcher at the Whitehead Institute for Biomedical Research in Cambridge, Massachusetts, and later joined the faculty of Albert Einstein College of Medicine in New York. He joined the UT Southwestern faculty in 2007.

Dr. Scherer has published more than 380 scientific papers, and received many other awards, including the Banting Medal for Scientific Achievement, the highest honor bestowed by the American Diabetes Association (2015); the Edith and Peter O’Donnell Award in Medicine from The Academy of Medicine, Engineering and Science of Texas (2012); and the Outstanding Scientific Achievement Award from the American Diabetes Association (2005).