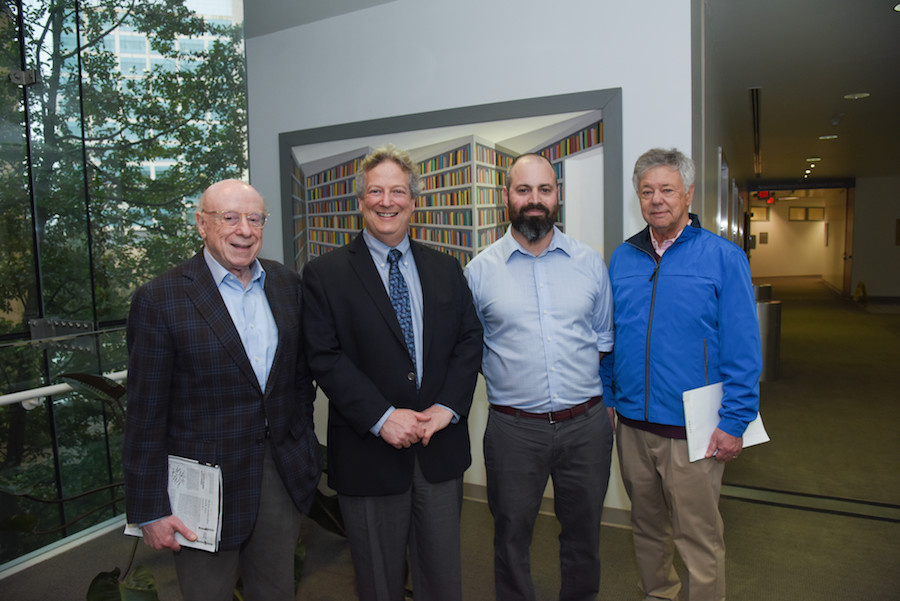 The recognition is the highest honor for a postdoctoral scholar in the UT Southwestern Graduate School of Biomedical Sciences’ Postdoctoral Scholars Training Program. Endowed by an anonymous donor, the award recognizes traits of the successful researcher – creativity, productivity, and presentation skills – as well as originality, depth, and impact of the honoree’s research project.

As part of the recognition, Dr. Bel presented a University Lecture on his research, titled “Secretory Autophagy is a Novel Defense Mechanism in the Intestine.” Attendees included members of leadership, postdoctoral fellows, and the award’s namesakes, Drs. Michael Brown and Joseph Goldstein.

In accepting the award, Dr. Bel thanked the Nobel Laureates for their science, for their dedication to research, and for the examples they set for new generations of researchers.

Dr. Bel, who had never met the Nobel Laureates before the event, said, “The thing I most admire is that when you see their names on a published study, you know that what’s in that paper is true and accurate.”

Dr. Bel is now in his third year working in the laboratory of Dr. Hooper, Chair of Immunology.

Drs. Brown and Goldstein shared the 1985 Nobel Prize in Physiology or Medicine for their discovery of the underlying mechanisms of cholesterol metabolism, which in turn led to the development of cholesterol-lowering statin drugs. Dr. Brown is Director of the Erik Jonsson Center for Research in Molecular Genetics and Human Disease; Dr. Goldstein is Chair of Molecular Genetics.

“It is very fitting that this award has been endowed in honor of Drs. Brown and Goldstein, who to date have trained 122 postdoctoral fellows, a large number of whom have gone on to illustrious careers,” said Dr. Andrew Zinn, Dean of the Graduate School.

A native of Israel, Dr. Bel earned undergraduate and graduate degrees at Bar-Ilan University, a public research university near Tel Aviv. In Dr. Hooper’s lab, his research focuses on the barrier that separates our body’s intestinal cells from the multitudes of microorganisms (microbiota) in our guts. This separation is crucial to maintain a mutually beneficial relationship with our microbiota, and if it fails, inflammatory diseases arise.

“He is not just an outstanding cell biologist, but he’s just smart,” said Dr. Hooper, also an Investigator in the Howard Hughes Medical Institute. “He came into the lab, and he rolled up his sleeves and tackled a difficult project involving the Paneth cell, which is a difficult cell. And through savvy and ingenuity, he unraveled a fascinating function for autophagy.”

Back when he was in high school, he hated biology, “and I was bad at it, too,” Dr. Bel said. He wanted to study astronomy – until he found out he would need a doctorate in physics. He has studied at UT Southwestern under the Gruss-Lipper Postdoctoral Fellowship Program.

Dr. Hooper holds the Jonathan W. Uhr, M.D. Distinguished Chair in Immunology and is a Nancy Cain and Jeffrey A. Marcus Scholar in Medical Research, in Honor of Dr. Bill S. Vowell. 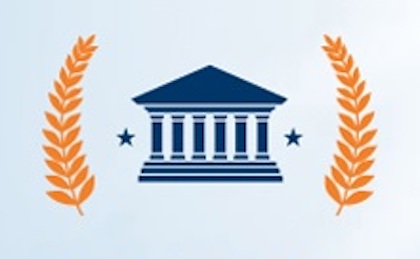