The Center for Alzheimer’s and Neurodegenerative Diseases (CAND) was created in 2014 to develop mechanism-based approaches to more accurately diagnose and treat Alzheimer’s disease and related disorders. These devastating diseases have no effective therapy, and it is imperative that we develop new tools to diagnose them as early as possible, preferably before symptoms occur. To address this problem, the CAND uses a range of approaches that spans structural biology, biochemistry and cell biology, animal models and patient samples.

The Center’s founding director is Marc Diamond, M.D., Professor of Neurology and Neurotherapeutics. He trained as a neurologist, and spent over 15 years caring for patients with neurodegenerative diseases. He has devoted his career to the basic biology of neurodegenerative diseases, especially tauopathies, which are a group of disorders characterized by accumulation of the microtubule associated protein tau, in ordered assemblies. Additional self-assembling proteins are responsible for other diseases such as Parkinson’s and amyotrophic lateral sclerosis, and are also the focus of intense study in the CAND.

Many proteins associated with adult-onset neurodegenerative diseases have similar properties of self-assembly into pathogenic aggregates, which are typically highly ordered. These aggregates are uniquely able to self-replicate in cultured cells and animal brains, and, in the case of tau, can act as infectious agents that transfer pathology from one animal to another after brain inoculation. These properties have drawn comparisons to the prion protein (PrP), which is a bona fide infectious agent that accounts for a range of human disorders including variant Creutzfeld-Jakob Disease, the human manifestation of bovine spongiform encephalopathy or Mad Cow Disease. The accumulation of self-assembling proteins such as tau correlates extraordinarily well with dementia and neurodegeneration, and is thought to underlie this process.

Dr. Diamond and his team made the initial observations that tau protein can adopt a range of distinct assembly conformations, which are termed strains. When introduced into appropriate cell models, these distinct structures replicate perfectly. In mouse models, they replicate and cause unique patterns of neurodegeneration that mimic the diversity of human diseases. Because PrP, tau, and other disease-associated proteins can propagate pathology through brain networks, the prion model of infectious proteins is now widely considered as the primary cause of progression of neurodegenerative diseases in humans.

Recent work in the CAND has uncovered structural changes that occur in the tau protein that allow it to transition from a healthy, inert form to a pathological form that self-assembles and creates transmissible aggregates. This transformation involves conformational changes, exposing amino acids that enable the protein to self-assemble.

To study the prion model of neurodegeneration, the CAND supports faculty, postdocs, and students across a range of disciplines. They work together to make discoveries as rapidly as possible, based on protein structure, biochemistry and cell biology, animal models, and human tissues. The overall goal of the CAND is to uncover basic mechanisms of disease through rigorous science, and to use this information to develop the next generation of diagnostics and therapeutics. This has already resulted in new tools to improve drug discovery, an analysis of pathology, and a drug that is in Phase II clinical trials for Alzheimer’s.

The CAND is part of the Peter O’Donnell Jr. Brain Institute at UT Southwestern Medical Center, and supports the Texas Alzheimer’s Research and Care Consortium.

Researchers in the Center for Alzheimer’s and Neurodegenerative Diseases hold faculty positions in multiple departments, including Neuroscience, Biochemistry, Biophysics, Neurology and Neurotherapeutics, Pediatrics, and the Cecil H. and Ida Green Comprehensive Center for Molecular, Computational, and Systems Biology. 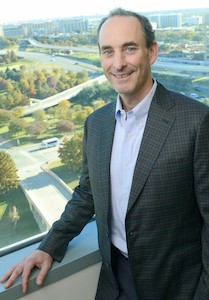