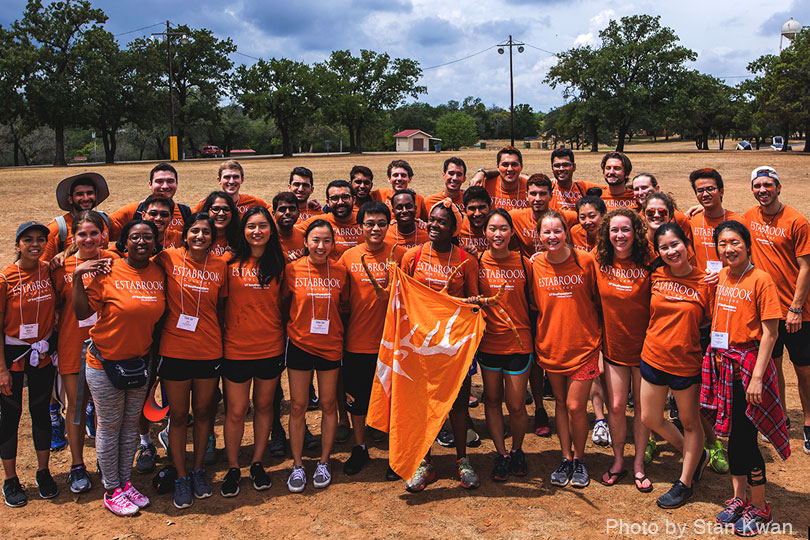 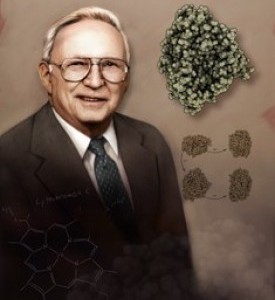 Ronald W. Estabrook, Ph.D., was among the most-cited researchers in the country when he arrived at UT Southwestern Medical Center in 1967. Nevertheless, when the world’s authority on one of the most important enzymes in biology lectured to students he – like his colleagues – was frequently interrupted by a cab call. The portable microphones in the young school’s lecture halls were on the same radio frequency as the taxis at Dallas Love Field. Despite such inconveniences, the new Department Chairman built a world-recognized center for biochemistry research and education in the late 1960s and 1970s.

When he was 17 years old, he left New York to join the Navy, attending officer’s training school at Princeton. He then served as navigator on a ship sweeping minefields. The young mine sweeper then returned to school and earned a doctorate in biochemistry from the University of Rochester.

Dr. Estabrook would go on to become an eminent researcher, Chairman of Biochemistry at UT Southwestern for 14 years, and the first Dean of UT Southwestern Graduate School of Biomedical Sciences. He played a major role in turning UT Southwestern into an internationally respected research center that would attract many of the nation’s brightest and best scientists and students. 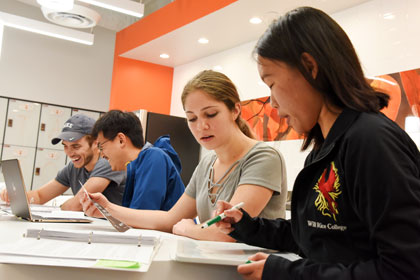 Teamwork in the Estabrook College Commons.

Dr. Estabrook made his first breakthrough as a professor at the University of Pennsylvania, when he and two colleagues discovered the properties of a hemoprotein molecule known as cytochrome P450. He demonstrated that P450 plays a crucial role in how the body metabolizes various substances, including many drugs.

Dr. Estabrook delighted students, mentors, and masters by regularly attending activities of the Estabrook College prior to his death in 2013.