UT Southwestern joins Dallas and Texas in mourning the loss of Margaret McDermott, a rare friend and visionary 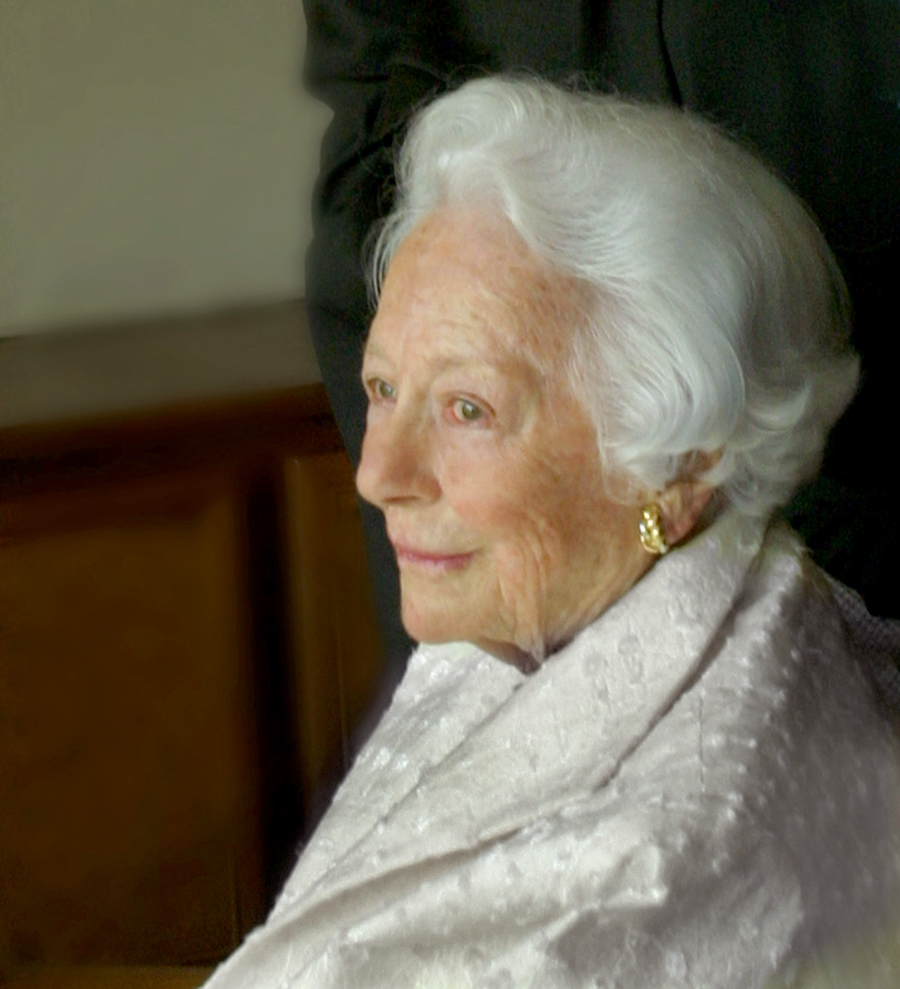 DALLAS – May 3, 2018 – Margaret Milam McDermott, beloved friend, generous philanthropist, and dedicated community supporter, passed away on May 3 at the age of 106.

A visionary benefactor, Mrs. McDermott immeasurably advanced the cultural and social fabric of her native Dallas through her creative vision and impeccable taste. She leaves an indelible imprint locally, regionally, and nationally upon generations who continue to benefit from her generous philanthropic support. Her philanthropic leadership and unwavering commitment significantly supported UT Southwestern Medical Center, which has advanced from humble beginnings 75 years ago to its current pre-eminence in research, medical education, and patient care.

Mrs. McDermott, who was a journalist and spent time in both Germany and Japan shortly after the end of World War II, married industrialist Eugene McDermott in 1954. He was a co-founder of Geophysical Services Inc. and its successor, Texas Instruments (TI), which made business and technological history. Mr. McDermott was Texas Instrument’s first Board Chairman and continued as Director until his death in 1973.

The McDermott family name is synonymous with philanthropy. For more than five decades, Margaret and Eugene McDermott, the Eugene McDermott Foundation, and her daughter, Mary McDermott Cook, who now serves as President of the Foundation, have supported medical science, industry, education, the arts, and other important civic and community ventures, including the Trinity River Corridor project.

In addition to a history of exceptional generosity to UT Southwestern totaling nearly $45 million, the McDermotts and their Foundation have provided critical funding for the Dallas Museum of Art, the Meyerson Symphony Center, the AT&T Performing Arts Center, the Dallas Arboretum and Botanical Garden, UT Austin, UT Dallas, the Hockaday School, and St. Mark’s School of Texas. In 2004, Mrs. McDermott received the UT System’s highest honor, the Santa Rita Award – an honor her husband received in 1969.

All four corners of the UT Southwestern campus feature the McDermott name. In 1950, Mr. McDermott established the Biological Humanics Foundation, which in 1973 became the Eugene McDermott Center for Human Growth and Development at UT Southwestern. His generosity resulted in the creation of an endowment that supports the research and educational missions of the Center, which is directed by Dr. Helen Hobbs, who holds the Eugene McDermott Distinguished Chair for the Study of Human Growth and Development, the Philip O'Bryan Montgomery, Jr., M.D. Distinguished Chair in Developmental Biology, and the 1995 Dallas Heart Ball Chair in Cardiology Research.

“The McDermott Foundation and family have always been supportive of UT Southwestern in thoughtful and innovative ways,” said Dr. Daniel K. Podolsky, President of UT Southwestern, who holds the Philip O'Bryan Montgomery, Jr., M.D. Distinguished Presidential Chair in Academic Administration and the Doris and Bryan Wildenthal Distinguished Chair in Medical Science. “In addition to their support of our mission to serve the people of Dallas and the region by providing excellent clinical care, conducting leading-edge research, and teaching the next generation of health care professionals, Mrs. McDermott added her personal touch to UT Southwestern as well. She donated more than 500 works of art from around the globe, especially Asian and African textiles that are displayed throughout Zale Lipshy University Hospital, along with photography of the Texas landscape and sculptural tables designed by renowned architect Santiago Calatrava, which are featured on the 14th floor of the T. Boone Pickens Biomedical Building. Not content to simply fund the acquisition of these artworks, she also used her keen eye and cultivated knowledge in the selection and placement of these campus treasures.”

As a guiding force behind some of UT Southwestern’s most vital programs, Mrs. McDermott has been one of the Medical Center’s most beloved and devoted supporters. The McDermotts contributed endowment funds to establish and uphold the Eugene McDermott Distinguished Chairs in the Study of Human Growth & Development and Molecular Genetics, two Chairs in Anesthesiology and Pain Management named for Mrs. McDermott, and the Mary McDermott Cook Distinguished Professorship in Pediatric Genetics.

Other gifts were made to honor many favorite doctors and faculty members in recognition of their distinctive roles in ensuring the success of the Medical Center, and much needed unrestricted funds were pledged to help accelerate research that contributed to exciting new discoveries. Throughout the years, many close personal friendships also were celebrated and cemented through Mrs. McDermott’s gifts and shared commitment to UT Southwestern.

In typical McDermott fashion, where public interest lay, philanthropy followed in the form of gifts for projects relating to student and faculty activities and scholarships, as well as matching funds to establish the George N. Peters, M.D., Center for Breast Surgery, the Charles and Jane Pak Center for Mineral Metabolism and Clinical Research, and the Coordinated Program for Research and Treatment of Autism at UT Southwestern. Indeed, countless research projects in digestive diseases, nuclear magnetic resonance imaging, chemotherapy, autism, and fragile X were propelled forward as a result of the McDermotts’ generosity.

In keeping with her commitment to beautifying physical spaces, Mrs. McDermott made a gift in concert with the Eugene McDermott Foundation to enhance the new William P. Clements Jr. University Hospital with landscapes by acclaimed landscape architect Peter Walker. This gift was in addition to Mrs. McDermott’s $10 million lead contribution in 2011 to the Building the Future of Medicine campaign for the new hospital, as well as the McDermott Foundation’s prior gift of $1 million.

Dr. Podolsky said of this gift, “Margaret McDermott’s vision and standards of excellence challenged us to think more deeply and creatively about our landscape design plans for the hospital, and her extraordinary generosity then made it possible for us to engage Peter Walker and his team. Their efforts not only make the hospital a landmark addition to our city’s outdoor environment, but they also represent a milestone in defining the role of the physical environment in the hospital of the 21st century. The landscape has a significant impact on our patients and their families, as well as on the quality of the work environment for our hospital staff.”

In reflecting on her passing, Dr. Podolsky said, “Margaret McDermott was a rare friend and visionary. She will be missed by all who knew her, and I am challenged to express fully the gratitude we have for all that she has done. We are immensely grateful for Margaret and Eugene McDermott’s confidence in UT Southwestern, and for all that they did and stood for in this city, state, and nation. The McDermotts’ deep commitment to UT Southwestern throughout the years has been essential to our ability to establish and maintain excellence in all facets of our mission, and their legacy of philanthropy has served as an important symbol to others of the importance of private enterprise and philanthropy in furthering the public good.” 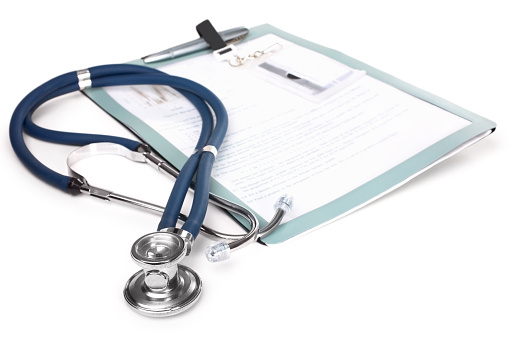 SWHR ACO listed No. 1 in U.S. for Medicare savings 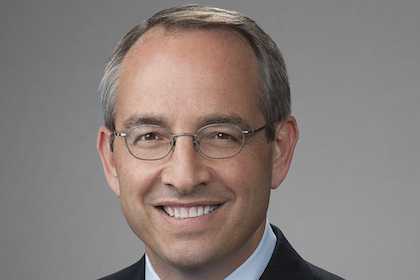 Jeffery A. Chapman named Chair of President's Advisory Board

Leading attorney Jeffrey A. Chapman assumes the role of Chair of the President’s Advisory Board (PAB) at UT Southwestern Medical Center.

A once-daily combination treatment for those with uncontrolled Type 2 diabetes amplifies the treatment’s effects – lowering both weight and the number of hypoglycemic events, and improving quality of life and glucose control ¬– and makes participants more likely to adhere to their medications.