DALLAS – March 10, 2016 – Building upon earlier research, investigators at UT Southwestern Medical Center and their collaborators have identified a new innate immunity pathway that protects mammals from viral oncogenesis, the process by which viruses cause normal cells to become cancerous. 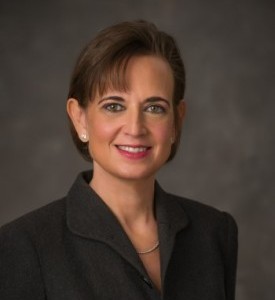 Given the prevalence of virus-related cancers in humans, the discovery is significant – and could eventually contribute to development of new cancer therapies. The findings were published recently in Proceedings of the National Academy of Sciences.

“More than 20 percent of human cancers – as well as a number of other diseases – are linked to chronic viral infections,” said first author Dr. Xiaonan Dong, an Instructor in Internal Medicine at UT Southwestern’s Center for Autophagy Research. The Center is led by Dr. Beth Levine, also Professor of Internal Medicine and a Howard Hughes Medical Institute Investigator at UT Southwestern.

This study revealed that the autophagy-related protein beclin 2 – also discovered by Dr. Levine’s team – can help break down the key oncogenic viral protein associated with Kaposi’s sarcoma, a type of cancer most commonly found in people with HIV infection or transplant-related suppression of their immune systems.

Autophagy is a cellular “housekeeping” process in which the body’s cells destroy damaged proteins and organelles. Researchers in Dr. Levine’s lab study the genes involved in this cellular recycling process and their roles in cancer, aging, infections, and neurodegenerative diseases. The present study revealed that, in addition to mediating autophagy, beclin 2 is also involved in a novel immune pathway that suppresses viral infection and virus-caused cancer. 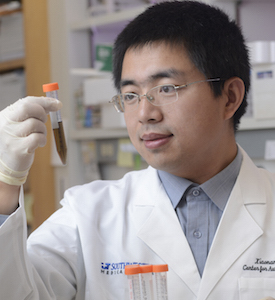 More specifically, researchers found that increased beclin 2 expression accelerated degradation of viral GPCR and decreased pro-tumorigenic signaling, whereas decreased beclin 2 expression led to sustained levels of viral GPCR and enhanced pro-tumorigenic signaling. This response is part of an endolysolomal trafficking process in which microbes and their constituent proteins are delivered to enzyme-filled cellular components called lysosomes.

Kaposi’s sarcoma, which can affect the skin and internal organs, occurs in about 6 cases per million people each year in the U.S., according to the American Cancer Society. It is most often seen in people infected with HIV, but also has an incidence of about 1 in 200 transplant patients.

“These findings deepen understanding of the mechanisms that our immune system uses to protect against cancer and potentially against other serious diseases caused by pathogenic viral proteins,” said Dr. Levine, who holds the Charles Cameron Sprague Distinguished Chair in Biomedical Science. “They may contribute to the identification and development of novel therapeutic targets and antiviral therapies.”

The study was supported by grants from the National Institutes of Health and the Cancer Prevention and Research Institute of Texas.