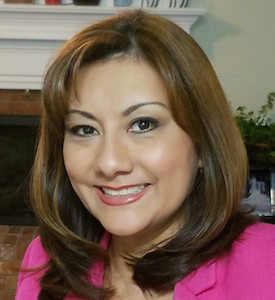 Ana Placencia, 46, of Temple, Texas, underwent one of the first endoscopic procedures done in the U.S. to remove an acoustic neuroma through a small incision in her ear canal. The mother of three says she traveled to UT Southwestern Medical Center in Dallas because she wanted someone experienced in endoscopic procedures. CREDIT: Courtesy of Ana Placencia.

DALLAS – September 14, 2016 – Ana Placencia stretched in bed after waking up one Saturday morning, when suddenly the hearing in her left ear became muffled.

Not a big deal, she thought. Perhaps ear drops or a cotton swab would do the trick.

But the proper remedy proved far more elusive as she tried multiple home treatments over the next seven months, increasingly perplexed about why her ear would not unclog.

Turns out the mother of three had a vertigo-inducing tumor that had grown from one of her balance nerves – a rare condition that affects fewer than four out of every 100,000 people.

Her three-year journey for answers led her from her hometown of Temple, Texas, to UT Southwestern Medical Center in Dallas, where in August she underwent one of the first endoscopic procedures done in the U.S. to remove an acoustic neuroma through a small incision in her ear canal. Traditionally, surgery for such tumors has required removing a large piece of skull.

‘Maybe It Was Just Wax’

“Just one morning, all of a sudden I was stretching and it just clogged up,” she said.

“At first I thought maybe it was just wax. … I tried to clean it out, I tried over-the-counter drops and I did home remedies,” she said. “I used peroxide and soapy water and nothing worked.”

More than half a year later, Mrs. Placencia decided it was time to see a doctor.

‘You’re Too Young To Have Hearing Loss’

Mrs. Placencia, 46, first went to a general practice physician in her hometown who didn’t know the cause of her hearing problem but referred her to an otolaryngologist for further examination.

“You’re too young to have hearing loss,” Mrs. Placencia said she was told by one physician.

The otolaryngologist did not have any immediate answers either, but warned there was an extremely remote chance she might have developed an acoustic neuroma, a rare benign tumor that if left untreated can cause deafness in the affected ear and in very rare cases be fatal.

An MRI was then ordered to look into her inner ear, “and sure enough, that’s what it was,” she said.

Mrs. Placencia met further with her doctor and initially decided against removing the tumor, in part because it was small and the chances of recovering her hearing were already slim.

She had MRIs every six months to check for tumor growth and continued adjusting to life without a functioning left ear.

“When you talk to somebody who can’t hear, it’s a little frustrating,” said Mrs. Placencia, who often reminded her family to show her their faces when talking.  “We focused a lot on making sure I understood what they were saying.”

Mrs. Placencia’s watch-and-wait strategy ended after an MRI last October revealed a slight growth in the tumor. “So at that point, when I met with the doctor he said it might be a good time for you to do something to treat it,” she said.

Mrs. Placencia faced two basic treatment options: radiation or surgery that involves removing large amounts of bone from the skull around the ear.

She opted for the latter, partly because radiation presented the slight risk of developing a secondary cancer that could be fatal.

“I wanted to go to someone who had more experience in these types of surgeries,” she said.

Her online research led her to UT Southwestern’s Peter O’Donnell Jr. Brain Institute, where she met with head and neck surgeons Drs. Brandon Isaacson and Samuel Barnett, and settled on a surgery date.

Then shortly after arriving in Dallas for the operation, she got a call from Dr. Isaacson who told her about a new minimally invasive endoscopic procedure developed in Italy that could be an option since her tumor was still small enough to extract through the ear canal.

“He said the recovery period may be less and the overall risks involved were equivalent,” she said. “… To me, anything that is less invasive is better.”

Mrs. Placencia’s surgery went smoothly and she was released from the hospital in two days – less than half the time normally required with traditional surgery.

She has experienced few of the normal side effects associated with the operation, including facial weakness or fluid leakage from the ear and nose. However, she still needs a couple weeks to recover from lingering dizziness before she returns to her job as a program director with the U.S. Department of Agriculture.

While the surgery could not restore her hearing – which had become progressively worse over the last few years – Mrs. Placencia is looking forward to moving on with her life. 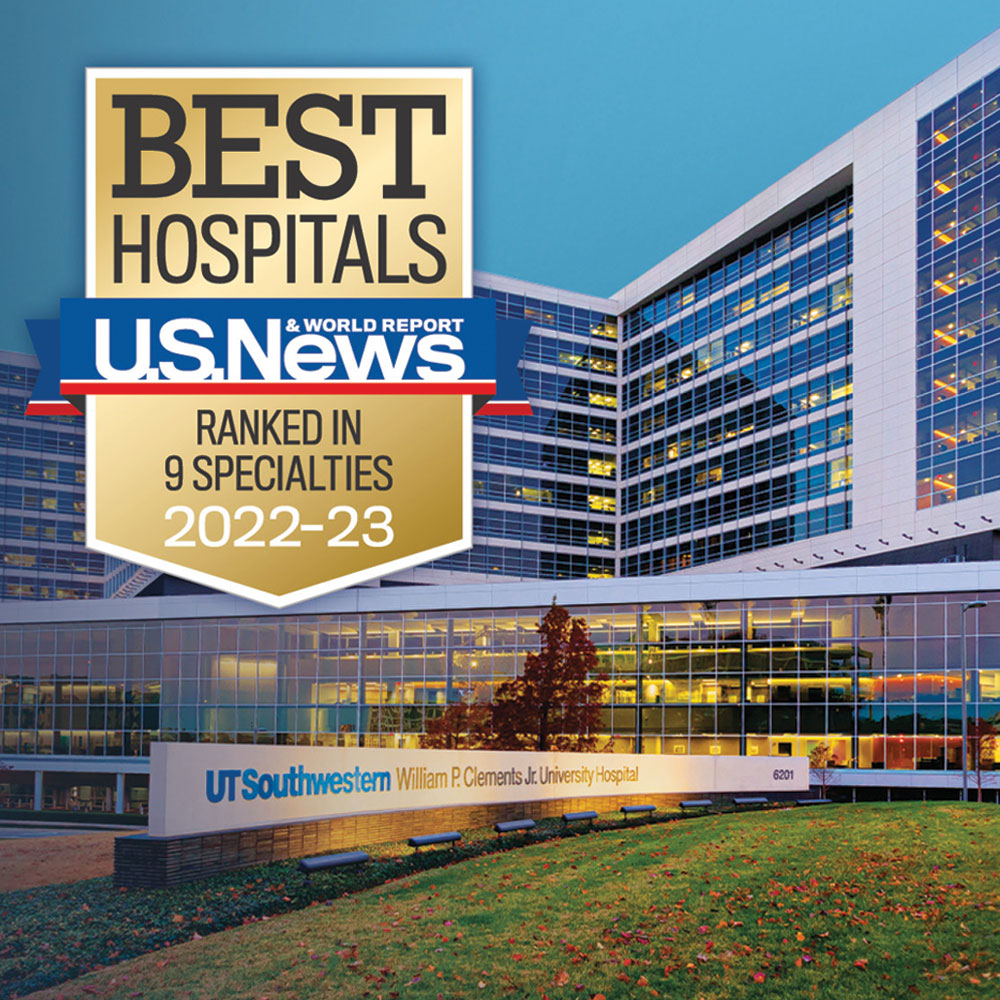 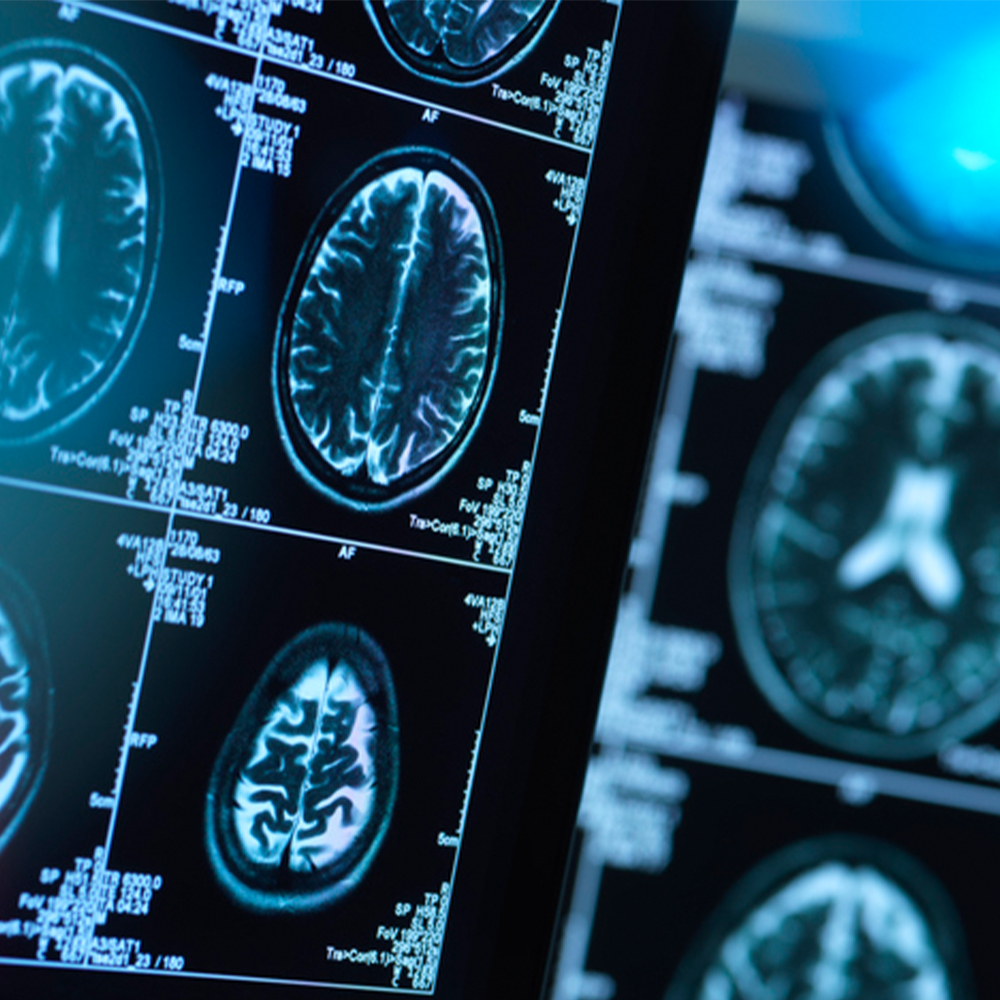 UT Southwestern is joining with medical centers around the nation to apply advanced sequencing to pediatric brain tumors as part of the National Cancer Institute’s new Molecular Characterization Initiative, a subset of the Cancer Moonshot Childhood Cancer Initiative.