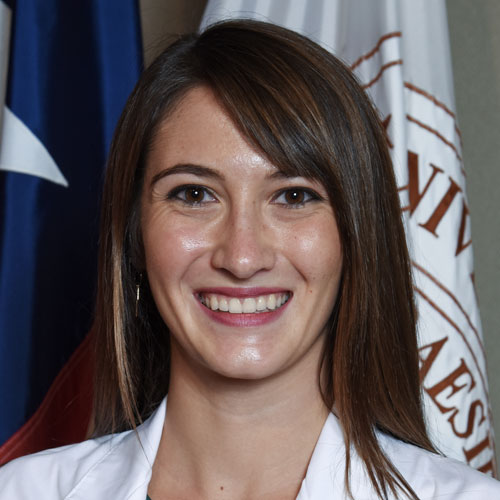 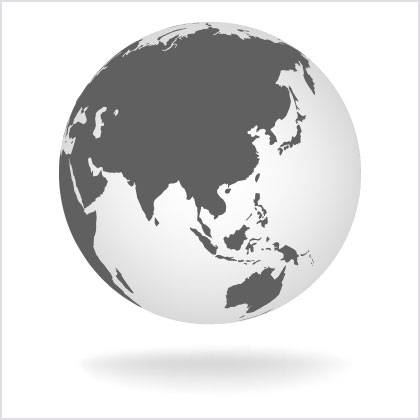 As a UT Southwestern Distinction in Global Health student, I had the opportunity to spend the summer between my first and second years of med school doing toxicology research in Thailand. My research partner – another Global Health Distinction student – and I worked in Bangkok at the Ramathibodi Poison Center (RPC), the national poison center of Thailand. My project focused on comparing Dextromethorphan abuse in the United States and Thailand to assess current abuse trends and determine if differences in federal regulation of the substance resulted in differences in abuse statistics.

While this project was interesting, the most valuable part of my time in Thailand was not the project but rather the people I worked with at RPC and during a week-long rotation in a rural hospital in Surat Thani. 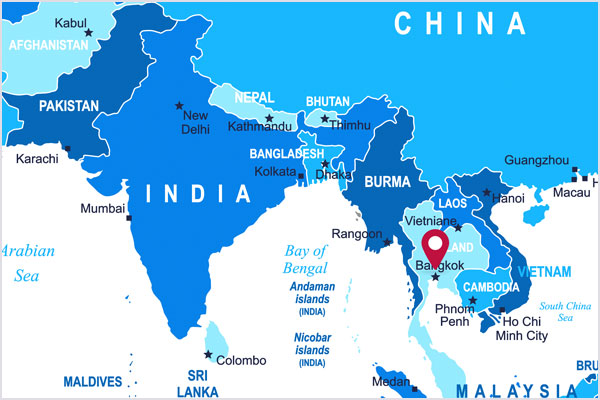 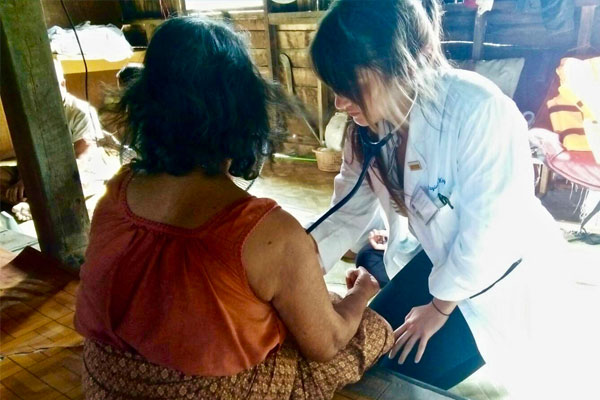 Caring for patients during a home visit in Surat Thani. 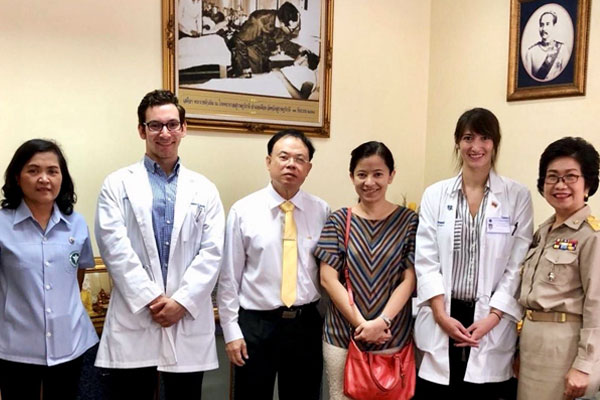 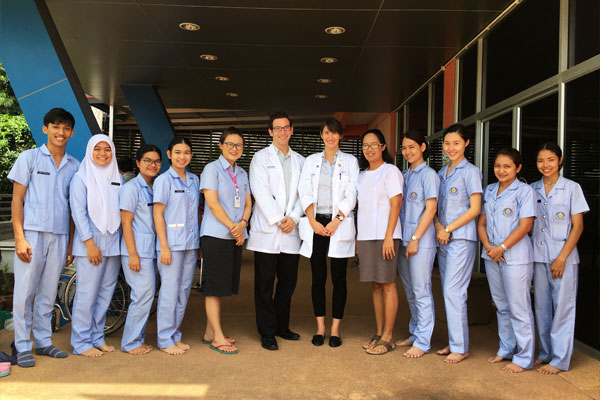 Taylore King is in Surat Thani with the nursing staff of a local clinic funded by the community. 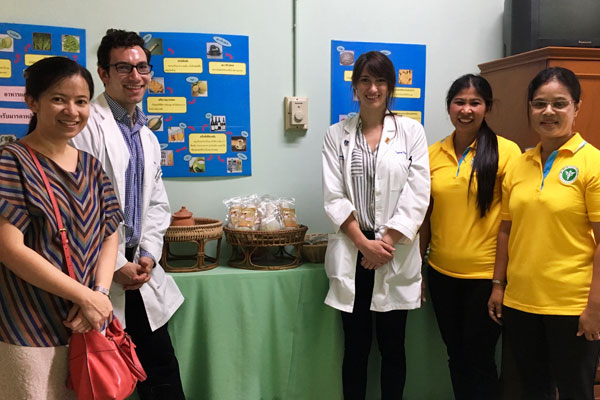 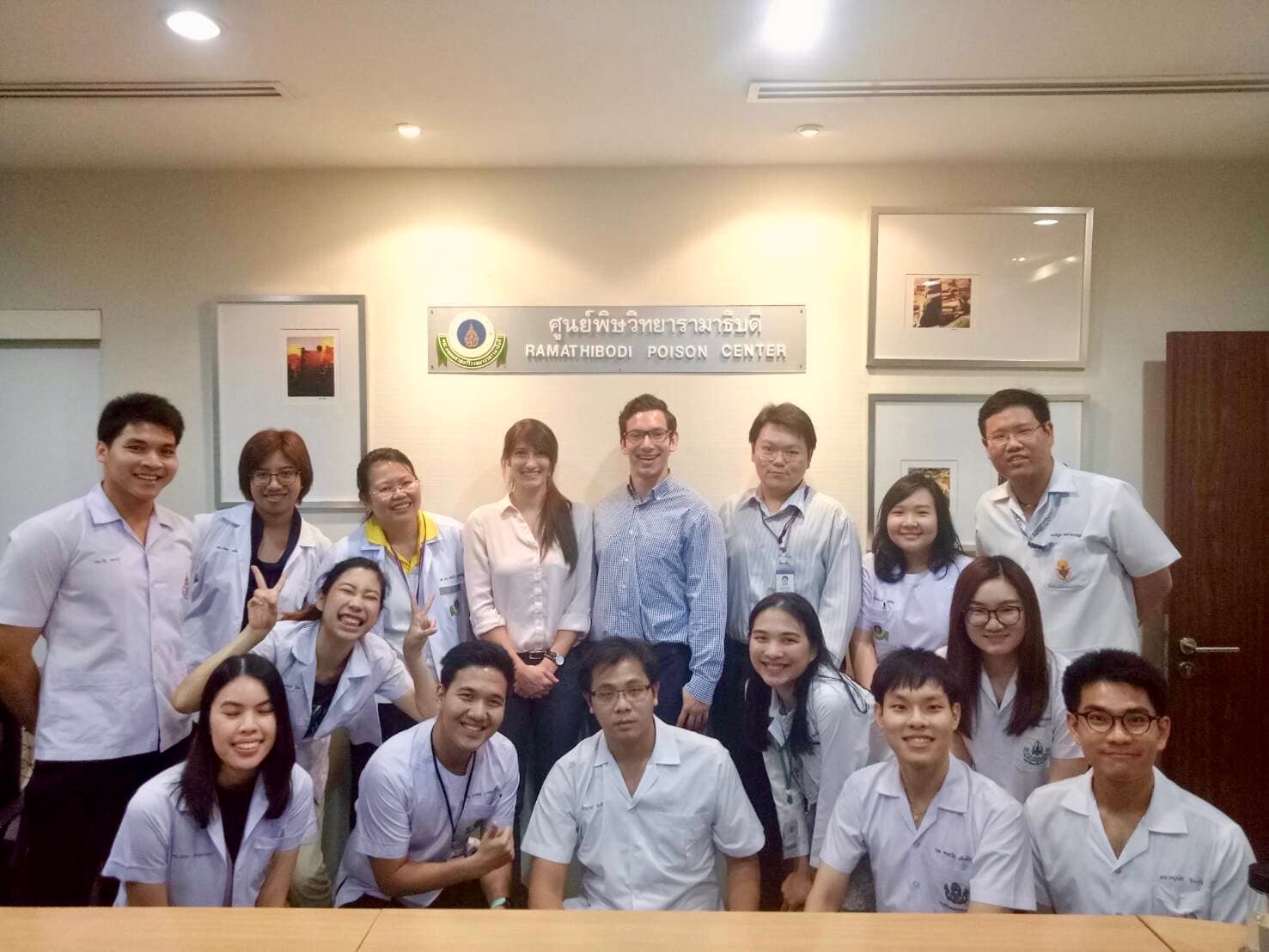 Christian Davidson and Taylore King with Thai physicians and medical students at the Ramathibodi Poison Center. 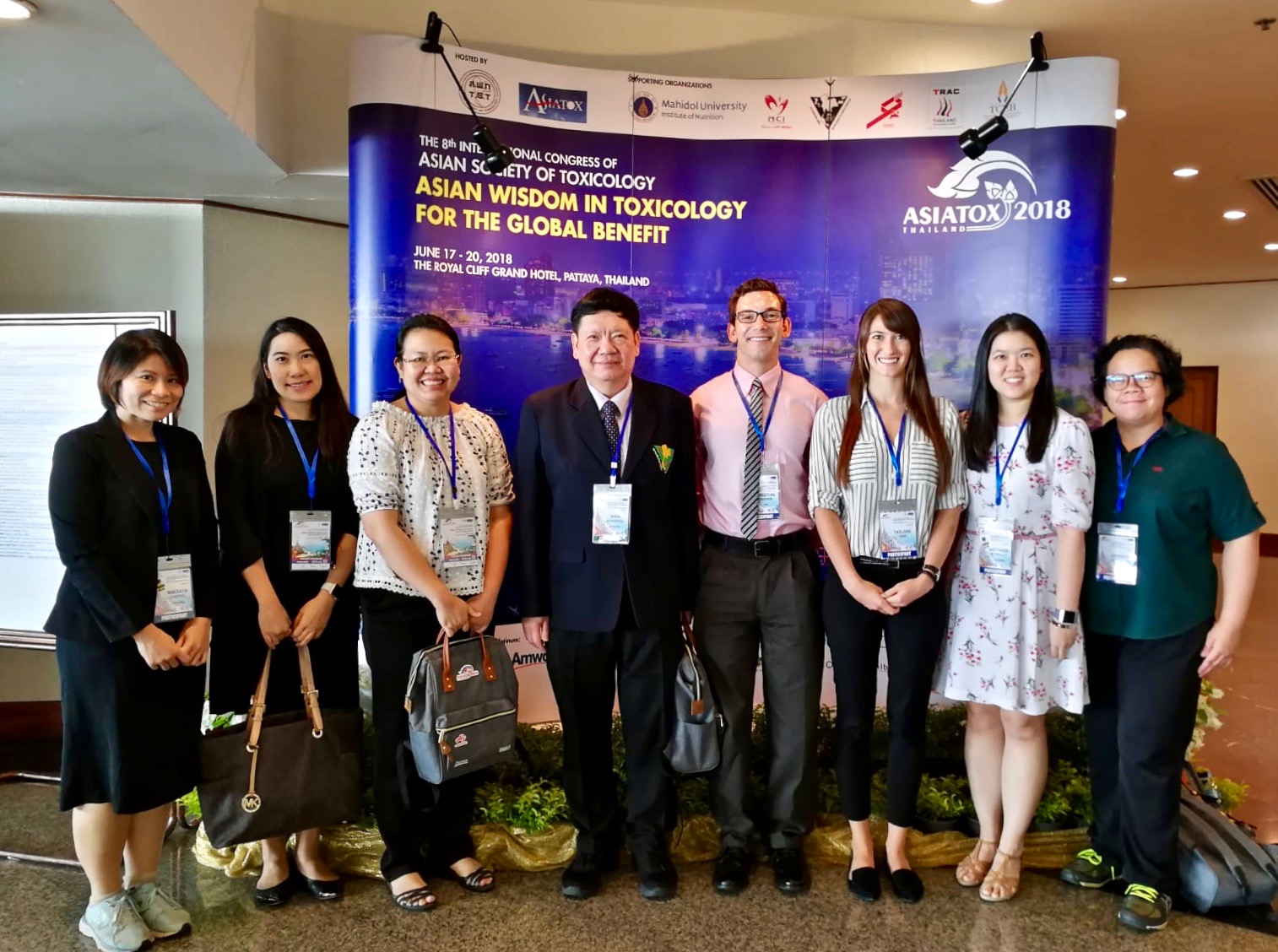 Christian Davidson and Taylore King with the Ramathibodi Poison Center toxicology team at the 2018 AsiaTox Conference.

Every person I met during my time in Thailand welcomed me to their country and many offered me a meal with their friends or family. At the RPC, every member of the center would promptly gather at noon to eat lunch together for an hour, sharing fruit or home-cooked snacks. When we arrived in Surat Thani, we were greeted with handmade signs drawn by our attending’s children and taken to a traditional Thai seafood restaurant with his entire family; however, this sense of generosity was not limited to us foreign guests.

One day, our team had an appointment with an elderly stroke patient who was too sick to travel. Our entire medical team took a bus and a canoe to visit a single patient in their home for over an hour. I was shocked that a physician practicing in an area with one doctor per 10,000 patients would take so much time to see a single person. When I inquired about this, he explained that yes, they’re stretched for resources and personnel but that “it’s not about the money; it’s a matter of morality.” 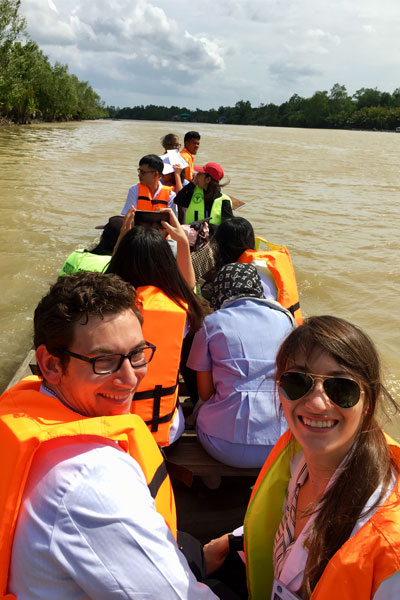 Traveling with physicians and nurses by canoe to a home visit for an elderly patient in Surat Thani. 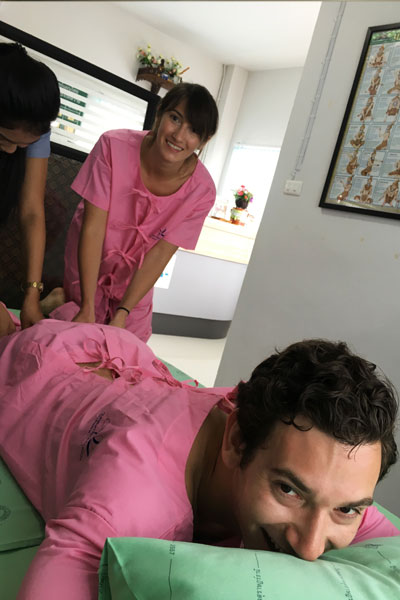 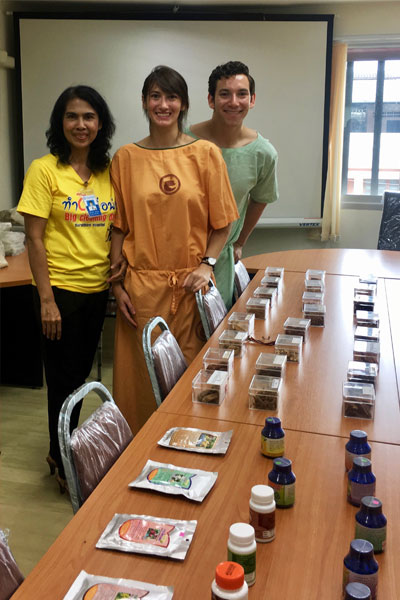 Later in the week, we shadowed palliative care with three Thai medical students and spent an afternoon interviewing a dying man’s entire family about his life and the reasons he decided to forgo dialysis treatment for his CKD. By talking to his daughter at length, we found that the man had suffered a psychological break after his wife left him and, fueled by his anger, he isolated himself from his family, becoming increasingly paranoid and violent. Even on his deathbed, he still despised his wife and was resolved that he had suffered enough and was ready to die in peace.

The only reason we were able to gain such insight into this man’s life story was because our team cared enough to ask question after question until we fully understood his truth.

I asked our palliative care attending how he handles such challenging cases every day, to which he responded, “Buddhism teaches us that to be human is to suffer. I believe that our role as humans is to accept that we will suffer and to learn something from our own suffering and from the suffering of others. I believe that my role as a physician is to ease the suffering of my fellow men; that is my purpose.”

Significance of caring for others

While our American medical school pre-clerkship curriculum focuses on the hard science behind medicine, we learn precious little about what it means to care for the suffering of our fellow human beings. The opportunity that the UT Southwestern Distinction in Global Health provided allowed me to better understand the significance of the role I will play caring for others, a lesson that most of my classmates had to wait until their clerkship years to learn.