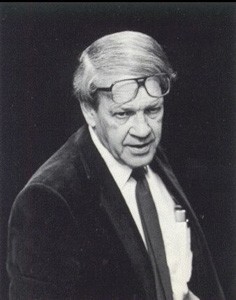 The brain child of Paul C. MacDonald, M.D., the Green Center was an outgrowth of research done in the Department of Obstetrics and Gynecology during the 1960s which focused on identifying the origin of the increase in estrogen during pregnancy.

Dr. MacDonald described the Green Center, its purpose, research, and teaching most eloquently in a brochure published just after the Center moved to the new Cecil H. and Ida Green Biomedical Research (Y) Building in 1986. Excerpts from the brochure are reprinted below.

The purpose of the Center for Reproductive Biology Sciences at this University is to provide an environment and facilities in which investigators, present and future, can efficiently address the pressing problems of human reproduction. The solution to these problems requires a coordinated, multifaceted approach that ranges from research scientists engaged in fundamental studies on the biology and chemistry of reproduction to improved patient care and counseling.

There are far-reaching ramifications—scientific, clinical, psychological, sociological, economic, and demographic—of Reproductive Biology. These are such that scientific cross-fertilization and integration of knowledge and technology are imperative.

The purpose of the Center, therefore, is to maintain an environment that is conducive to the discovery of satisfactory solutions to the complex and interlocking problems emanating from this scientific field.

The Faculty of the Cecil H. and Ida Green Center for Reproductive Biology Sciences is a distinguished group of scientists of international renown. These dedicated investigators are committed to the perpetuation of an intellectual atmosphere that fosters the cooperative study of the physiology, biochemistry, and pathophysiology of reproduction at all stages. Such an approach also is optimal, we believe, for the teaching of predoctoral and postdoctoral trainees and the provision of research opportunities for visiting scholars.

In the beginning, the Center for Reproductive Biology Sciences was little more than a concept, a dream, even an ideal. Basic scientists and clinical scientists working side-by-side, the cooperative conduct of research on problems of common interest by investigators with diverse backgrounds and areas of expertness, the joint training of pre- and postdoctoral trainees of various disciplines in the conduct of research in reproductive biology—this was the nature of the concept, the ideal.

Today [c.1986], the Cecil H. and Ida Green Center for Reproductive Biology Sciences continues to foster this concept. Basic and clinical scientists are joined in a team effort to address the most challenging problems of reproductive biology. By virtue of the talent and dedication of the faculty and trainees, the beneficence and enthusiasm of Cecil and Ida Green, as well as the University and the Community, the Center is an entity of vigor and scientific strength; and, the concept is perpetuated.

The team approach to the conduct of research by the faculty extends beyond the Center to involve talented investigators in other departments. Most of the faculty of the Center are members of two separate academic departments. But more than that, research also is conducted jointly with faculty in the Departments of Biochemistry, Cell Biology and Anatomy, Internal Medicine, Microbiology, Molecular Genetics, Obstetrics and Gynecology, Pathology, Pediatrics, Pharmacology, and Physiology. By supporting cooperative research, the Center is able to facilitate a University-wide multidisciplinary approach to problems of reproductive biology.

The Divisions of Endocrinology of the Departments of Obstetrics and Gynecology, Internal Medicine, Pediatrics, and Surgery cooperate in the diagnosis, management, and investigation of endocrinopathies of women, men, children, and the fetus.

Thereby, faculty, fellows, house officers, and students of each of these academic departments are participants in studies of persons with various endocrine abnormalities of interest to reproductive biologists. Among the many entities that are investigated jointly are those of genital ambiguity in newborn infants, sexual precocity, feminizing syndromes in men, growth disorders, enzyme deficiencies, infertility, sexual disorders, adrenal dysfunction, hermaphroditism, and endocrine tumors. Thus, the dedication to cooperative research fostered by the Center permeates the entire University.

During his career, Dr. MacDonald published more than 300 scientific papers – 96 percent of which came during his years as the Green Center director. Explore the research legacy at the Green Center for Reproductive Biology Sciences.

The MacDonald years came to a close when Dr. MacDonald succumbed to disseminated carcinoma on November 25, 1997. In his tribute to Dr. MacDonald published in JAMA, F. Gary Cunningham, M.D., described the man and his contributions thusly:

"He was one of a relatively small group of clinical scientists whose career was spent wedding basic sciences with obstetrics, gynecology, and human reproduction. His earliest scientific discoveries included elucidation of the origin and interconversion of gonadal and adrenal steroid hormones in children, women, and men."

"The accomplishments of Dr. MacDonald and the team of clinicians and scientists he recruited to the Green Center include:

"A tireless worker, Dr. MacDonald always found time to offer help and to stimulate young clinicians and scientists. He demanded perfection of himself as well as those with whom he worked, but always gave full credit to the entire team for their successes."

The Mission and Purpose in Pictures 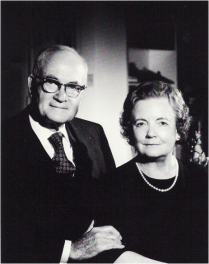 To Guarantee Quality of Life 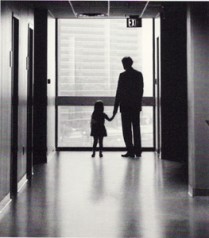 For generations present and future 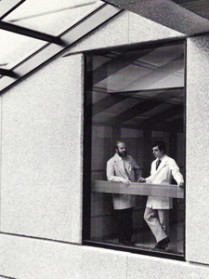 Today, and in perpetuity, the concept is clear and the purpose established . . . 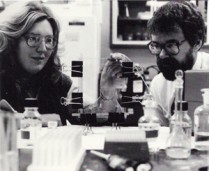 To provide an environment and facilities that are ideal . . . 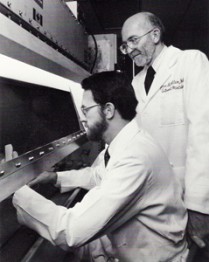 And, to encourage and sustain collaborative multidisciplinary research.