Since 1994, Rebecca Gruchalla, M.D., Ph.D., has had sustained NIH funding for research in inner-city pediatric asthma. In 1996, she became a member of the Inner City Asthma Multicenter Study group (Dallas-site PI), which became an NIH-sponsored contract (Inner City Asthma Consortium – ICAC) in 2002. The initial contract was a six-year contract for $55.8 million, and its purpose was to investigate the mechanisms of asthma in inner-city children, as well as to develop novel treatments for this disease. The contract has been renewed for the third time and now extends through 2021.

UT Southwestern continues to be one of the top recruiting sites for ICAC.

In addition to the asthma clinical studies that have been, and that are being done, as a part of ICAC, basic mechanistic studies are being conducted as well. 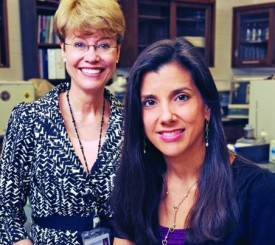