Cardiovascular disease is responsible for nearly 17 million deaths each year worldwide, and vascular disorders account for over three-fourths of these deaths. The initiating events for many vascular diseases, including atherosclerosis, hypertension, preeclampsia, and diabetic and immune-mediated vasculopathies, entail abnormalities in endothelial cell signal transduction.

The overall goal of our laboratory is to identify the molecular components, the protein-protein interactions, and the regulatory events occurring within signaling modules on the plasma membrane which dictate endothelial cell phenotype and the propensity for vascular disease. 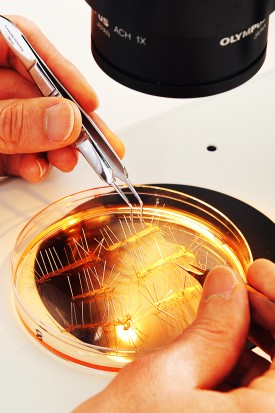 Investigations are being performed in cell culture models and in both in vitro and in vivo reconstitution systems. Numerous projects are interrogating the regulation of endothelial nitric oxide (NO), synthase (eNOS), and the signaling pathways upstream of eNOS. The modulation of endothelial cell growth and migration and gene expression, leukocyte adhesion, and thrombus formation are also being investigated. Multiple gain-of-function and loss-of-function approaches are employed in genetically engineered mice to reveal both mechanistic information and the role of altered endothelial cell function in the genesis of vascular diseases.

Readouts in mice utilized in our studies include determinations of endothelial NO production, the chronic measurement of blood pressure by radiotelemetry, the evaluation of reendothelialization indicative of endothelial cell growth and migration, leukocyte adhesion, thrombus formation, and models of atherosclerosis, arterial injury, and neointima formation. With a continued focus on fundamental regulatory mechanisms in endothelial cell biology, the ultimate goal of the research program is to elucidate molecular mechanisms governing vascular health and disease, and thereby identify targets for new preventative and treatment strategies. 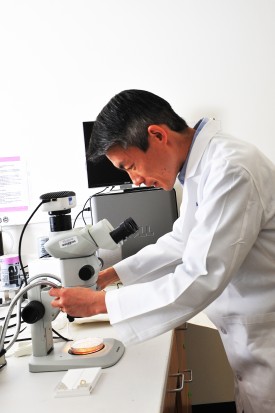