DALLAS – Aug. 9, 2019 – A new study from the UT Southwestern Simmons Comprehensive Cancer Center demonstrates that antiviral drugs for hepatitis C reduce liver-related deaths by nearly 50% in patients with a history of liver cancer.

The finding builds on a December 2018 study by the same researchers who found that antiviral drugs do not increase the risk of liver cancer recurrence, as was previously feared. 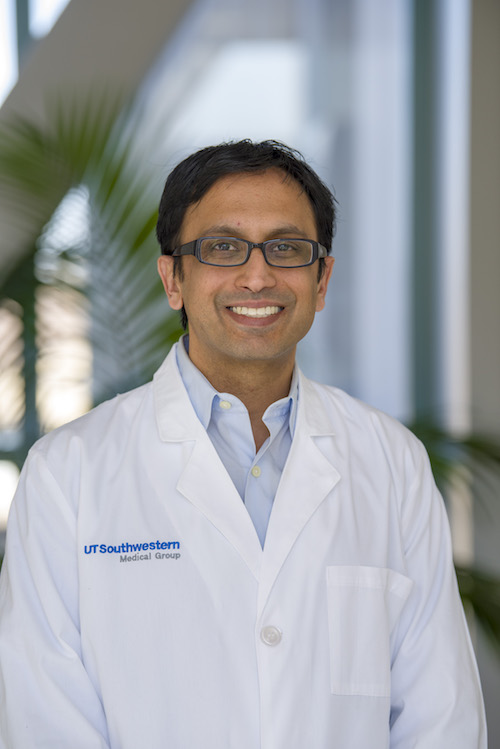 Dr. Amit Singal’s study was published in the journal Gastroenterology on July 30. Dr. Singal is an Associate Professor of Internal Medicine, Medical Director of the UT Southwestern Liver Tumor Program, and Clinical Chief of Hepatology. He collaborated on these studies with Dr. Caitlin Murphy, Assistant Professor of Population and Data Sciences and Internal Medicine. They are both members of the Harold C. Simmons Comprehensive Cancer Center at UT Southwestern.

But this notion appears to be false. Drs. Singal and Murphy studied nearly 800 patients from 31 medical centers across the country and found that the drugs are not only safe, they decrease death from cirrhosis and liver cancer by 46%.

“Not only are these drugs safe in this patient population, but we have now demonstrated that they are helpful,” Dr. Singal said. “Our study changes the paradigm from you could treat a patient’s hepatitis C to you should treat it.” 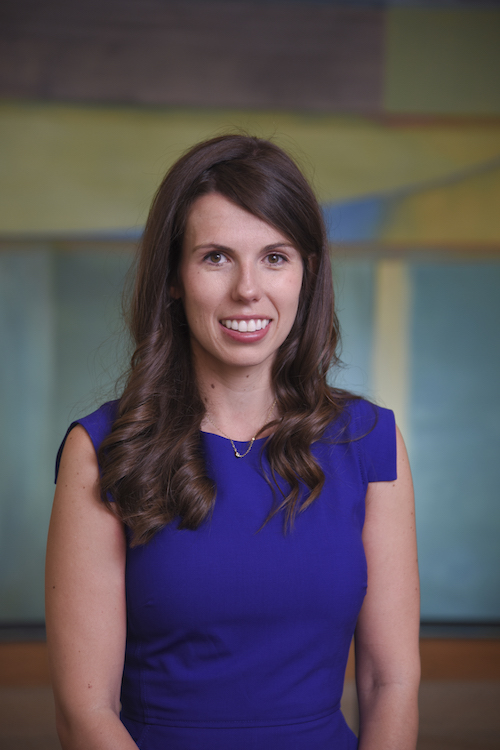 Dr. Carlos L. Arteaga, Director of the Simmons Cancer Center, said the study’s scope and impact are something that can only be produced by a National Cancer Institute-designated Comprehensive Cancer Center.

“Dr. Singal had more patients involved in the study than any other participating site. As an epidemiologist, Dr. Murphy brought rigor to the data that removes prior doubt on this issue,” he said.

Dr. Murphy said previous studies compounded the misunderstandings of direct-acting antiviral therapy because they, among other things, failed to account for the timing of therapy relative to liver cancer diagnosis, did not include a comparison group, or did not properly consider clinical differences among patients.

The new study is a significant contribution because it clears the path to beneficial drug treatment.

Defeating hepatitis C is an important step because infection can otherwise lead to cirrhosis – scarring of the liver – which can be deadly. Cirrhosis can increase the risk for liver cancer, which also may be fatal. Curing hepatitis C with antivirals breaks the first link in a deadly chain of events and can lead to improvement in liver function among those who have previously developed cirrhosis.

Hepatitis C rapidly made its way into the American blood stream in the 1970s and 1980s when intravenous drug use spiked and blood products were not screened for the hepatitis C virus. Hepatitis C infected 2 to 3% of the baby boomer population, the largest generation in U.S. history. Millions were affected.

The disease can lie dormant for 25 to 30 years and resurface as a life-threatening specter years after someone has stopped using drugs and turned to a healthy lifestyle. Hepatologists saw an alarming spike in cirrhosis as baby boomers aged. By 2017, The New York Times called hepatitis C “an enormous public health problem.” In 2018, the Centers for Disease Control and Prevention announced there were nearly 2.4 million people living with hepatitis C in the U.S.

“Dr. Singal’s and Dr. Murphy’s study reports a welcome, fact-based way to oppose the adverse effects of hepatitis C infection in various demographic groups,” Dr. Arteaga said. “Their findings will have a global, lifesaving impact on how hepatitis C is treated. It is particularly important to Texas because the liver cancer incidence rate in Texas is the highest in the nation.”

Dr. Arteaga said the study is also important because liver cancer is highest among the Hispanic population in Texas, and research-based advances in reducing cancer in underserved groups are a Simmons Cancer Center priority.

The authors declared financial interests with the manuscript.