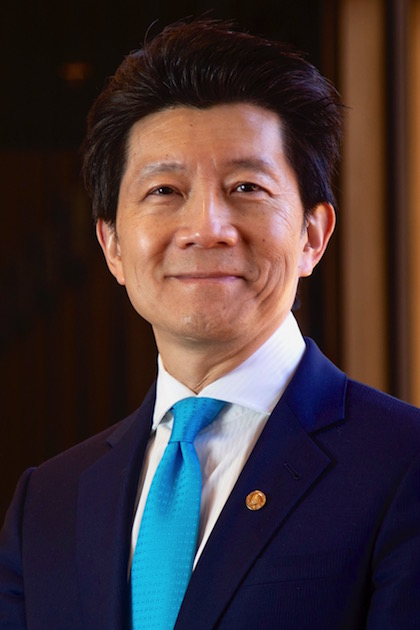 Since 2010, Dr. Lee served as Director (Chair) of the Department of Plastic and Reconstructive Surgery at Johns Hopkins University School of Medicine. His research has focused on tolerance strategy for vascularized composite allo-transplantation (VCA) to ameliorate the need for long-term systemic immunosuppression. Dr. Lee led surgical teams that performed the first double hand transplant and first above-elbow arm transplant in the United States, as well as the world’s first total penis and scrotum transplant in 2018. 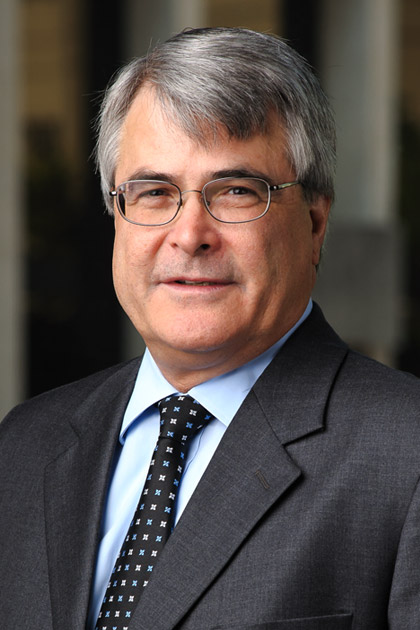 Dwain L. Thiele, M.D., FAASLD, is Vice Provost and Senior Associate Dean for Faculty Affairs and Initiatives, working to expand opportunities for the growth and development of the faculty and for sustaining and further developing the Medical School.

He received his medical degree from Baylor College of Medicine in Houston and completed his residency in Internal Medicine at Duke University School of Medicine, followed by fellowship training in Gastroenterology and Hepatology at UT Southwestern. His research has focused on delineating mechanisms of cytotoxic lymphocyte activation, differentiation, and effector function.

Vice Provost and Dean of Research and Professor, Department of Molecular Genetics 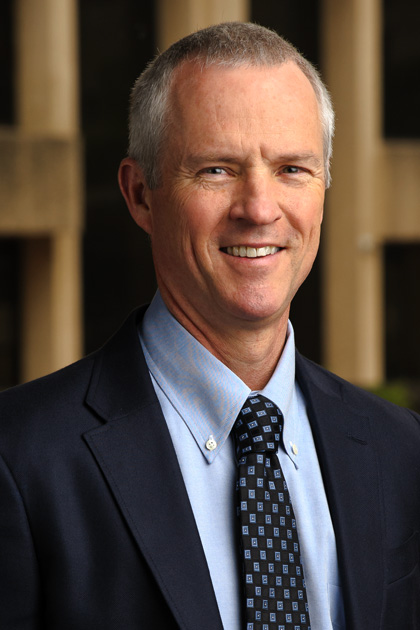 David Russell, Ph.D., is Vice Provost and Dean of Research at UT Southwestern Medical Center. A Professor of Biophysics and Molecular Genetics, Dr. Russell joined the faculty at UT Southwestern in 1982. Dr. Russell’s research interests are in lipid metabolism, and he co-authored the popular molecular biology manual Molecular Cloning.

Dr. Russell is the recipient of numerous professional awards and recognitions, including the Research Career Development Award from the National Institutes of Health, and election to both the National Academy of Sciences and the American Academy of Arts and Sciences.

Dr. Russell earned his Ph.D. in chemistry from the University of North Carolina and was a Damon Runyon Cancer Research Foundation postdoctoral fellow, studying with 1993 Nobel laureate Michael Smith at the University of British Columbia. 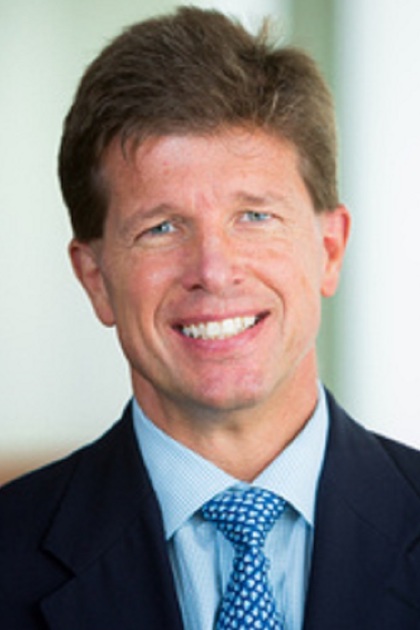 Dr. Peterson joined UT Southwestern from Duke University, where he was a distinguished tenured professor in the Division of Cardiology, Department of Medicine from 2006 through October 2020 and where he served as Executive Director of the Duke Clinical Research Institute. At Duke, Dr. Peterson led numerous multicenter clinical trials, prospective registries, and implementation programs.

With more than 1,400 peer-reviewed publications to date, Dr. Peterson ranks among the top 1 percent of published researchers in clinical medicine and has been named one of the most highly cited researchers in the world by Thomson Reuters. 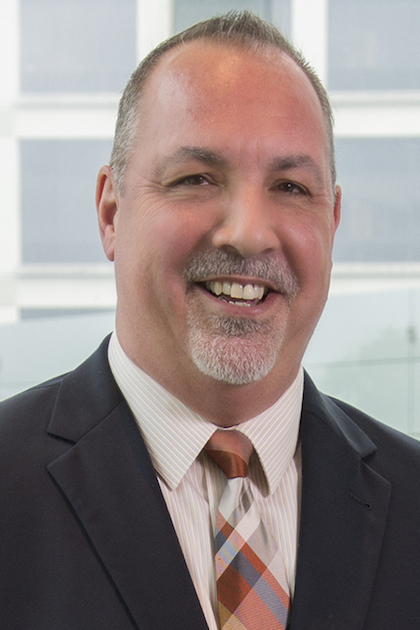 As Dean of the UT Southwestern School of Health Professions, Jon Williamson, Ph.D., is responsible for overseeing the school’s academic programs, budget and finances, strategic planning, clinical operations, and research programs. He has previously served as Interim Dean, Chair of the Department of Health Care Sciences, Assistant Dean for Research, Associate Dean for Academic Affairs, as well as the Director of a Center for Interdisciplinary Research and a Center for Teaching and Learning.

Dr. Williamson received his Ph.D. from the University of North Texas Health Science Center at Fort Worth, completed his training as a research fellow in cardiology at UT Southwestern, and joined the faculty in School of Health Professions in 1995. He is a fellow of the American College of Sports Medicine and his research programs have focused on neural control of the circulation, neuroplasticity, and cortical remapping following injury and rehabilitation. As a Distinguished Teaching Professor, he also has keen interest in interprofessional education, health care teams, and student performance.

A noted human geneticist, Dr. Zinn began his research career working in protein synthesis before earning his M.D. and Ph.D. degrees from UT Southwestern. He later completed postdoctoral training in human and mouse genetics as a Damon Runyon-Walter Winchell Cancer Research Fellow at the Massachusetts Institute of Technology. He returned to UT Southwestern in 1993 as an independent postdoctoral fellow and joined the faculty in 1996.

Dr. Zinn, who is also a Professor with the Eugene McDermott Center for Human Growth and Development, and his laboratory discovered the genetic basis of an inherited form of obesity and recently identified the cause of a rare genetic disorder affecting multiple organs, including skin and the immune system.

Vice Provost and Senior Associate Dean for Education and Professor, Department of Pediatrics 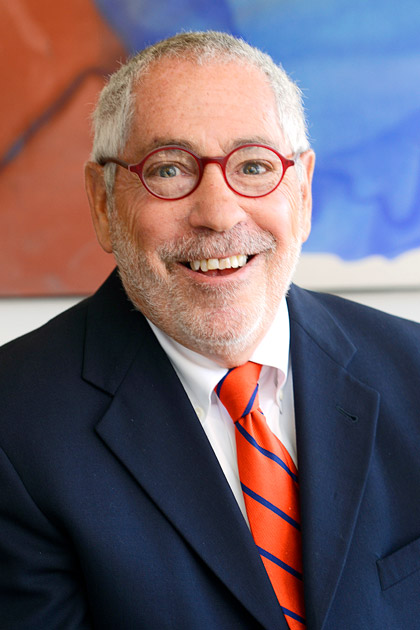 A graduate of the University of Nebraska College of Medicine, Dr. Ginsburg completed two residencies in pediatrics and a fellowship in academic pediatrics/infectious disease at UT Southwestern. During one residency, he served as both Medical Director and Chief of Staff at Children’s Medical Center Dallas. Dr. Ginsburg received the Alpha Omega Alpha Award for Teaching Excellence six times between 1979 and 1996.

In 2009, Dr. Ginsburg served as Interim Dean of the UT Southwestern Medical School while the search for a new dean/provost was underway. Previously, he was Chair of the Department of Pediatrics for 15 years. Dr. Ginsburg’s research interests include cutaneous manifestations of infectious diseases and pediatric infectious diseases. 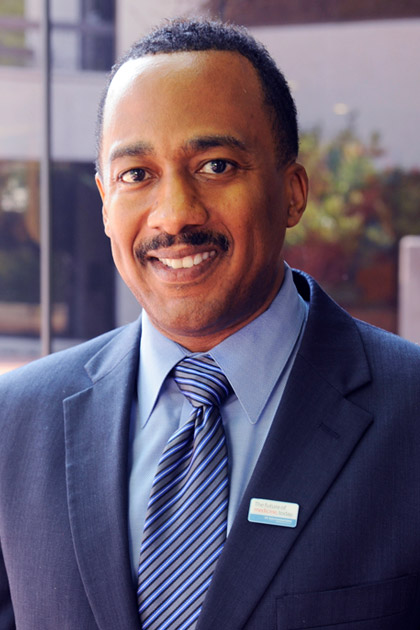 As Associate Dean for Faculty Diversity and Development at UT Southwestern Medical Center, Byron Cryer, M.D., facilitates the efforts of Chairs and others to recruit and retain faculty, and oversees a reporting system for tracking progress in UT Southwestern’s efforts to promote the careers of women and underrepresented minorities. These efforts require campus-wide strategies to assure optimal identification, mentoring, and retention of candidates.

A graduate of Harvard College, Dr. Cryer received his medical degree from Baylor College of Medicine, where he also completed his internal medicine residency training. After a gastroenterology fellowship at UT Southwestern, he joined the faculty in 1992 and has focused his efforts as a clinical scholar in gastroenterology, with specific research interests in the pathogenesis of ulcer disease and the adverse effects of nonsteroidal anti-inflammatory drugs.

Associate Dean and Director, Office of Global Health and Professor, Department of Surgery 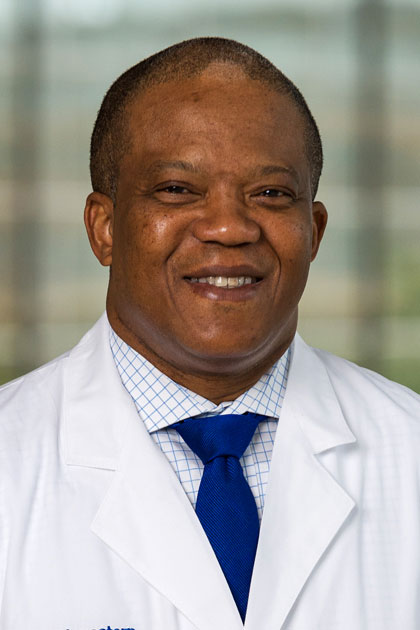 Fiemu Nwariaku, M.D., is a Professor in the Department of Surgery. He also serves as Associate Dean and Director for the Office of Global Health, seeking to expand the institutional mission by integrating existing international activities, establishing new programs, and serving as a resource for faculty and students to work abroad. He is a leading force in teaching and developing medical training initiatives in West Africa, South America, China, Asia, Australia, and the Middle East.

His clinical interests include surgical treatment of adrenal, thyroid, and parathyroid tumors, and endocrine tumors of the pancreas. Dr. Nwariaku is a Fellow of the American College of Surgeons and has been president of the Association for Academic Surgery, overseeing creation of the organization’s global affairs committee. 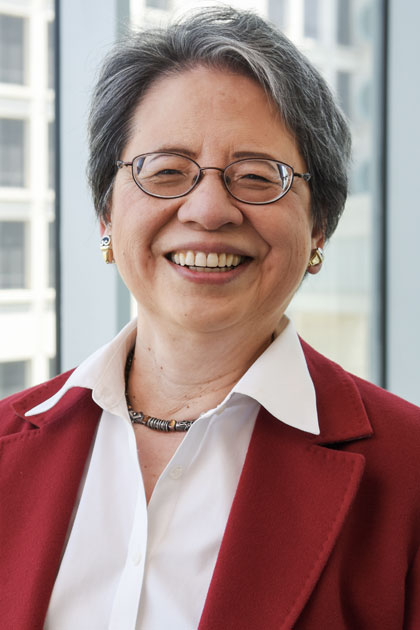 Helen Yin, Ph.D., has been Associate Dean, Office of Women’s Careers since the Office’s founding in 2012. She collaborates with the Office of Faculty Diversity and Development to develop training and resources, focusing particularly on career advancement of female faculty members. Dr. Yin co-created a leadership development program for junior faculty and also established a grantsmanship program and writing workshop focused on research grants.

Dr. Yin was elected a University of Texas System Distinguished Professor in 2014 and received the System’s Academy of Health Science Education’s Innovator Award in 2015.

She earned a bachelor’s degree in biology from Mount Holyoke College and her Ph.D. in physiology from Harvard University. She joined the UT Southwestern faculty in 1989.