Researchers identify mechanism by which exercise strengthens bones and immunity

DALLAS – Feb. 24, 2021 – Scientists at the Children’s Medical Center Research Institute at UT Southwestern (CRI) have identified the specialized environment, known as a niche, in the bone marrow where new bone and immune cells are produced. The study, published in Nature, also shows that movement-induced stimulation is required for the maintenance of this niche, as well as the bone and immune-forming cells that it contains. Together, these findings identify a new way that exercise strengthens bones and immune function.

Researchers from the Morrison laboratory discovered that forces created from walking or running are transmitted from bone surfaces along arteriolar blood vessels into the marrow inside bones. Bone-forming cells that line the outside of the arterioles sense these forces and are induced to proliferate. This not only allows the formation of new bone cells, which helps to thicken bones, but the bone-forming cells also secrete a growth factor that increases the frequency of cells that form lymphocytes around the arterioles. Lymphocytes are the B and T cells that allow the immune system to fight infections. 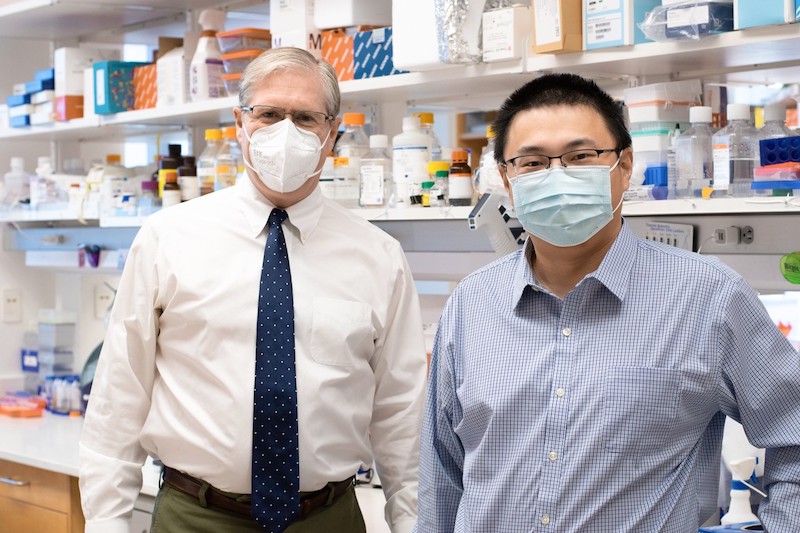 When the ability of the bone-forming cells to sense pressure caused by movement, also known as mechanical forces, was inactivated, it reduced the formation of new bone cells and lymphocytes, causing bones to become thinner and reducing the ability of mice to clear a bacterial infection.

“As we age, the environment in our bone marrow changes and the cells responsible for maintaining skeletal bone mass and immune function become depleted. We know very little about how this environment changes or why these cells decrease with age,” says Sean Morrison, Ph.D., the director of CRI and a Howard Hughes Medical Institute Investigator. “Past research has shown exercise can improve bone strength and immune function, and our study discovered a new mechanism by which this occurs.”

Previous work from the Morrison laboratory discovered the skeletal stem cells that give rise to most of the new bone cells that form during adulthood in the bone marrow. They are Leptin Receptor+ (LepR+) cells. They line the outside of blood vessels in the bone marrow and form critical growth factors for the maintenance of blood-forming cells. The Morrison lab also found that a subset of LepR+ cells synthesize a previously undiscovered bone-forming growth factor called Osteolectin. Osteolectin promotes the maintenance of the adult skeleton by causing LepR+ to form new bone cells.

In the current study, Bo Shen, Ph.D., a postdoctoral fellow in the Morrison laboratory, looked more carefully at the subset of LepR+ cells that make Osteolectin. He discovered that these cells reside exclusively around arteriolar blood vessels in the bone marrow and that they maintain nearby lymphoid progenitors by synthesizing stem cell factor (SCF) – a growth factor on which those cells depend. Deleting SCF from Osteolectin-positive cells depleted lymphoid progenitors and undermined the ability of mice to mount an immune response to bacterial infection.

Deep imaging of a mouse femur bone marrow showing that Osteolectin-expressing cells (red) are around arterioles (white) but not sinusoids (green).

“We think we’ve found an important mechanism by which exercise promotes immunity and strengthens bones, on top of other mechanisms previously identified by others,” says Morrison.

Morrison is a professor of pediatrics at UT Southwestern, a Cancer Prevention and Research Institute of Texas (CPRIT) Scholar in Cancer Research, and a member of the National Academies of Science and Medicine. He also holds the Kathryne and Gene Bishop Distinguished Chair in Pediatric Research at Children’s Research Institute at UT Southwestern and the Mary McDermott Cook Chair in Pediatric Genetics. Shen is a Ruth L. Kirschstein National Research Service Award Fellow.