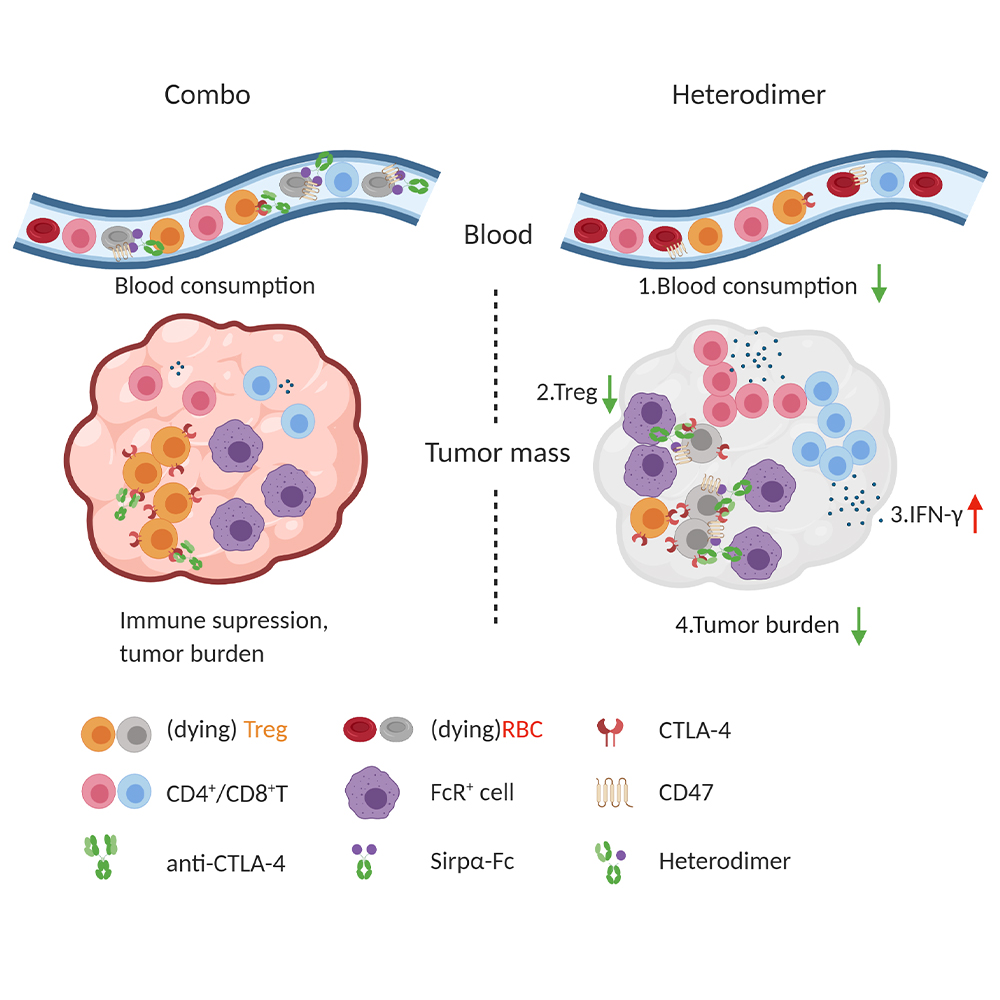 The binding of CTLA-4 antibodies throughout the body limits their anti-tumor effect. In contrast, a newly developed two-armed molecule that targets both CLTA-4 and CD47 on regulatory T cells efficiently hones in on tumors and enhances antitumor immunity.

DALLAS – Aug. 11, 2021 – A two-arm molecule can effectively deplete cancer-protecting cells inside tumors, allowing the immune system to fight off tumors without becoming overactive. The finding, published online in Science Translational Medicine, could lead to new types of cancer immunotherapies. 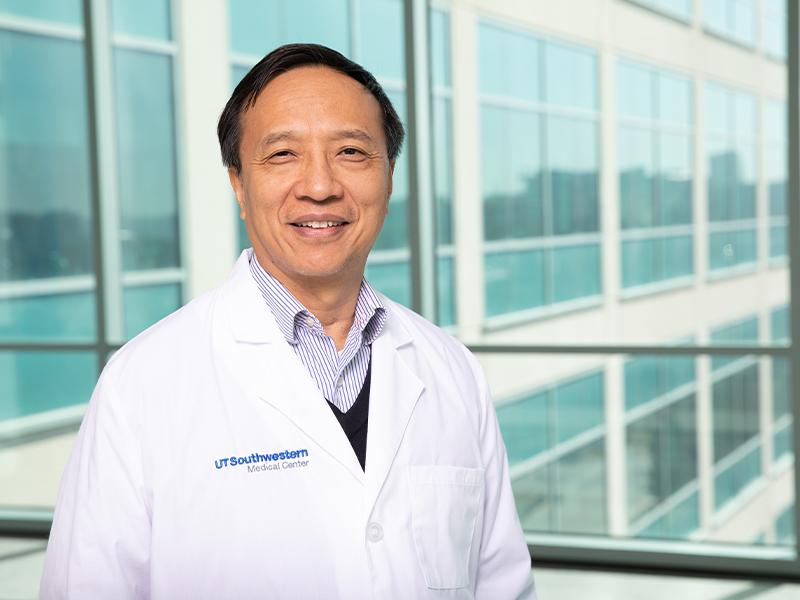 For decades, researchers have known that the immune system not only plays a key role in battling cancers through the direct action of killer T cells and other components, but also opposes these efforts through cells known as regulatory T cells (Tregs). These Tregs help to regulate the immune response by preventing various immune cells from becoming overactive and causing autoimmune diseases. However, they also accumulate in tumors, shielding them from immune attack.

Searching for a new way to deplete Tregs, Drs. Fu, Zhang, Ren, and their colleagues created a two-arm molecule that simultaneously increases the “eat me” signal while blocking the “don’t eat me” signal to prompt phagocytes to consume those immune suppressive cells. When it was injected into mouse models of colon cancer, they found that it preferentially depleted Tregs in tumors without affecting those in the rest of the body, sparing the animals from treatment-induced autoimmune disease. However, dosing these animals with equivalent, separate amounts of the “eat me” booster and “don’t eat me” blocker had systemic autoimmune side effects, suggesting that combining them within one molecule is key to reaching Tregs in tumors.

As the number of Tregs decreased with treatment, the animals’ tumors shrank significantly. This strategy also worked in mice carrying human lung cancer tumors, suggesting that it could be viable in human patients.

“In the past, there’s been no way to get rid of these suppressive Tregs without severe toxicity,” Dr. Fu said. “Our study suggests a way to this outcome.”

Dr. Fu holds the Mary Nell and Ralph B. Rogers Professorship in Immunology and is a member of the Harold C. Simmons Comprehensive Cancer Center, rated as one of the 25 best centers for cancer care in the nation by U.S. News & World Report. He is a consulting adviser to Aetio Biotherapy.

Other researchers who contributed to this study include Huiyu Li, Changzheng Lu, and John D. Minna of UTSW; Kuo-Fu Tseng of Aetio Biotherapy; and Xiaojuan Liu and Yueqi Cai of the Chinese Academy of Sciences.

This work was supported by Cancer Prevention and Research Institute of Texas grants (RR150072 and RP180725) and a National Cancer Institute SPORE grant (P50CA070907).