Photos show stained colon sections from control mice (left) and mice fed a high glucose diet for seven days (right). The protective mucus that separates the colon’s epithelial lining (at bottom) from fecal content (above) was thinner in mice given glucose. 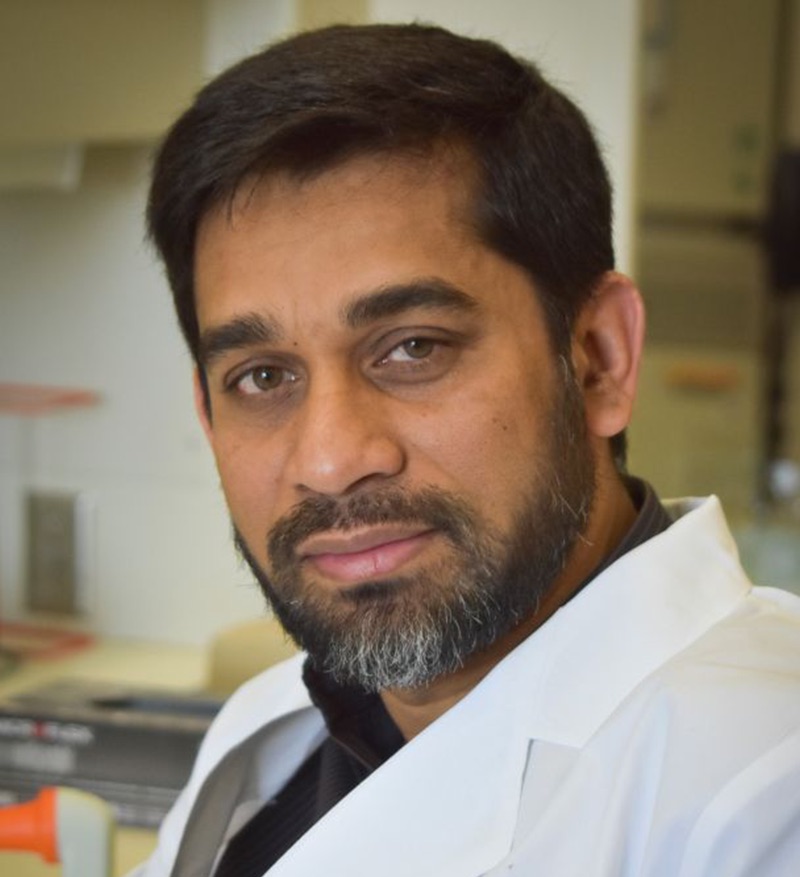 “Colitis is a major public health problem in the U.S. and in other Western countries,” says Hasan Zaki, Ph.D., who led the study that appears in today’s Science Translational Medicine. “This is very important from a public health point of view.”

Colitis can cause persistent diarrhea, abdominal pain, and rectal bleeding. The number of American adults suffering from IBD (which includes Crohn’s disease) jumped from 2 million in 1999 to 3 million in 2015, according to the Centers for Disease Control and Prevention. In addition, colitis is beginning to show up in children, who historically did not suffer from it, says Zaki, a UT Southwestern assistant professor of pathology.

Because of the disease’s much higher prevalence in Western countries, researchers have looked to the Western-style diet – high in fat, sugar, and animal protein – as a possible risk factor, says Zaki. While high-fat diets have been found to trigger IBD, the role of sugar has been more controversial, he says.

This new study points to sugar – particularly the glucose found in high fructose corn syrup developed by the food industry in the 1960s and then increasingly used to sweeten soft drinks and other foods – as a prime suspect. “The incidence of IBD has also increased in Western countries, particularly among children, over this same period,” according to the study.

UT Southwestern researchers fed mice a solution of water with a 10 percent concentration of various dietary sugars – glucose, fructose, and sucrose – for seven days. They found that mice that were either genetically predisposed to develop colitis, or those given a chemical that induces colitis, developed more severe symptoms if they were first given sugar. 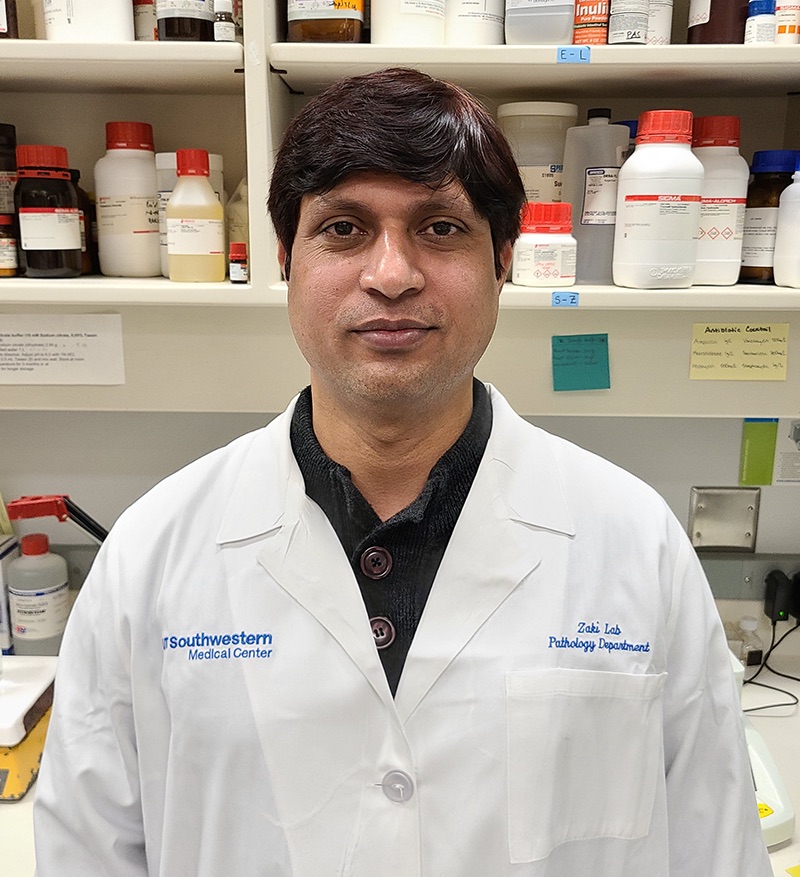 The researchers then used gene-sequencing techniques to identify the types and prevalence of bacteria found in the large intestines of mice before and after receiving their sugar regimen. After being given sugar treatments for seven days, those fed sucrose, fructose, and – especially – glucose showed significant changes in the microbial population inside the gut, according to the study.

Bacteria known to produce mucus-degrading enzymes, such as Akkermansia, were found in greater numbers, while some other types of bugs considered good bacteria and commonly found in the gut, such as Lactobacillus, became less abundant.

The researchers saw evidence of a thinning of the mucus layer that protects the lining of the large intestine as well as signs of infection by other bacteria. “The mucus layer protects intestinal mucosal tissue from infiltration of gut microbiota,” the study explains. “Higher abundance of mucus-degrading bacteria, including Akkermansia muciniphila and Bacteroides fragilis, in glucose-treated mice is, therefore, a potential risk for the intestinal mucus barrier.

“Due to the erosion of the mucus layer, gut bacteria were in close proximity with the epithelial layer of the large intestine in glucose-treated mice,” the study continues. “Breaching of the epithelial barrier is the key initiating event of intestinal inflammation.”

Although glucose had the greatest effect, “all three simple sugars profoundly altered the composition of gut microbiota,” the study reports.  Previous studies have shown that gut microbiota of both humans and mice can change rapidly with a change in diet. “Our study clearly shows that you really have to mind your food,” says Zaki.

After finding changes in the gut microbiota in sugar-fed mice, the researchers fed feces from the sugar-treated mice to other mice. Those mice developed worse colitis, suggesting that glucose-induced susceptibility to colitis can be transmitted along with the destructive intestinal microbiota from affected animals.

Zaki says he now plans to study whether and how high sugar intake affects the development of other inflammatory diseases such as obesity, fatty liver disease, and neurodegenerative diseases like Alzheimer’s.