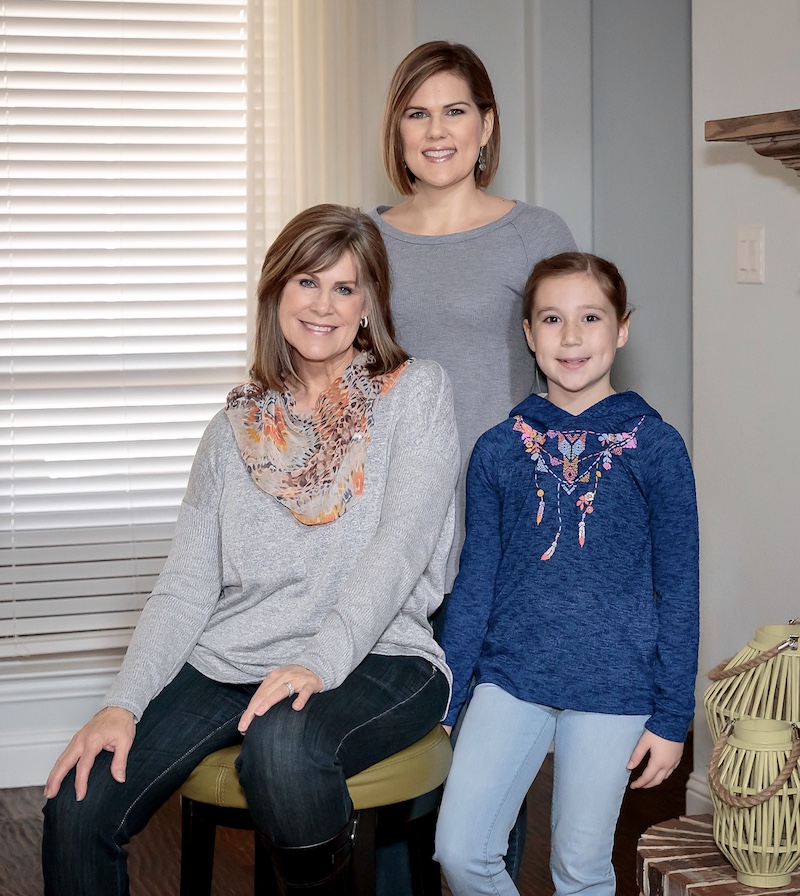 Four generations of women, who all have the same hereditary condition – familial hypercholesterolemia – form a story interwoven with the discovery of new treatments that have benefited millions of people.

In 1987, Kathryn Geddie was a 33-year-old mother of two. At her annual physical, she told her doctor that her mother had extremely high cholesterol levels at a young age. After testing, Kathryn learned she had the same condition and began taking statins.

“My mother is the reason that I was tested. My physician began treating me in 1987 because my cholesterol was in the upper 300s,” remembered Kathryn, now 64.

Kathryn’s immediate concern drove her to have her then 11-year-old daughter, Shanon, tested. Despite her young age, Shanon’s cholesterol was soaring at 400 mg/dL. Normal range is less than 200. Little did they know then that their shared struggle with high cholesterol would lead them on a road to reverse the disease – one paved by the generation who came before them.

In the early 1980s, Kathryn’s mother, Estelle, took part in leading-edge research at UT Southwestern Medical Center where molecular genetics professors Drs. Michael Brown and Joseph Goldstein were seeking answers to how people develop high cholesterol. They identified the basic mechanism of cholesterol metabolism, which led to the 1985 Nobel Prize in Physiology or Medicine. 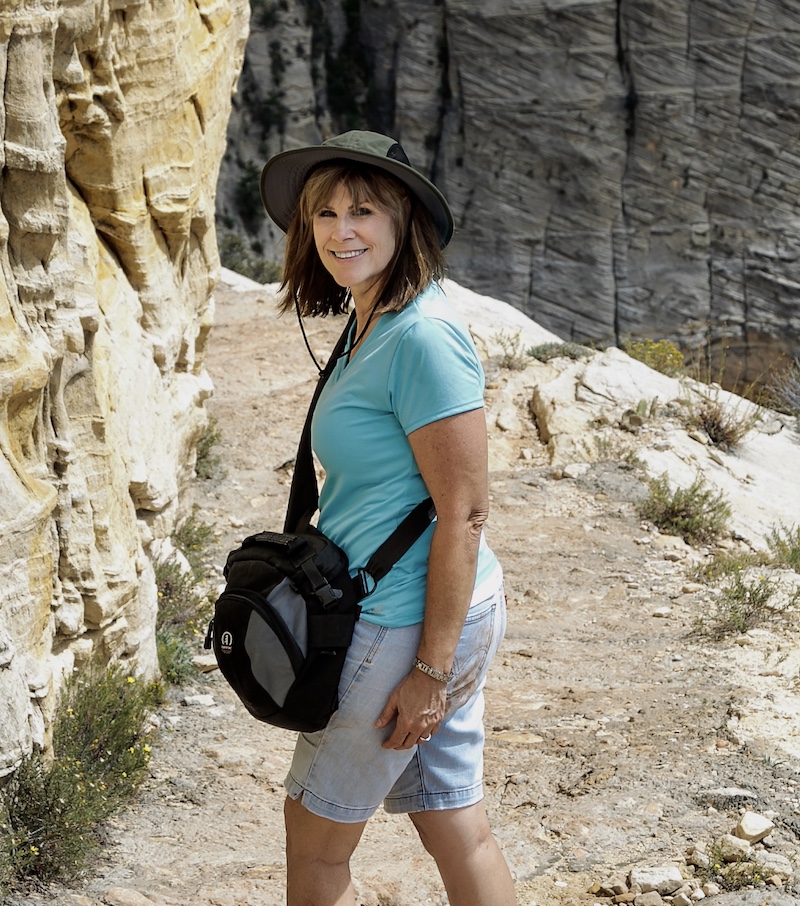 Kathryn Geddie enjoys hiking as a way to maintain her good health.

Soon after their discovery, statins were developed to lower cholesterol and help prevent heart disease. Thousands of adult patients benefited. However, there were unknown risks for children. As a precaution, parents were advised to treat their children with statins only after puberty.

Familial hypercholesterolemia affects how the body processes cholesterol, raises the risk of heart disease, and increases the risk of suffering an early heart attack or stroke. Knowing her mother’s connection to research, Kathryn returned to UT Southwestern and enrolled her 11-year-old daughter in clinical trials with a pediatric cardiologist.

“I remember I had to eat some weird grains and bad tasting medicine. I was a sixth- or seventh-grader and didn’t like taking the medicine,” recalls Shanon Allen, now a 42-year-old married mother of two. “I remember going to UT Southwestern on Saturdays to do stress tests.”

When she turned 16, Shanon was old enough to begin taking statins, just like her mom. She had no side effects while she was young. “I was off statins for two to three years while I was trying to get pregnant, during pregnancy, and while I was breastfeeding. During this time, my doctor and I monitored my cholesterol and weighed the risks and benefits of statins.”

“Three decades after I started taking them, the highest dose statin would no longer work,” Kathryn recalled. “My doctor added another drug to my high dose statin. It literally turned me into a cripple. My muscles stopped working and I stopped treatment.” 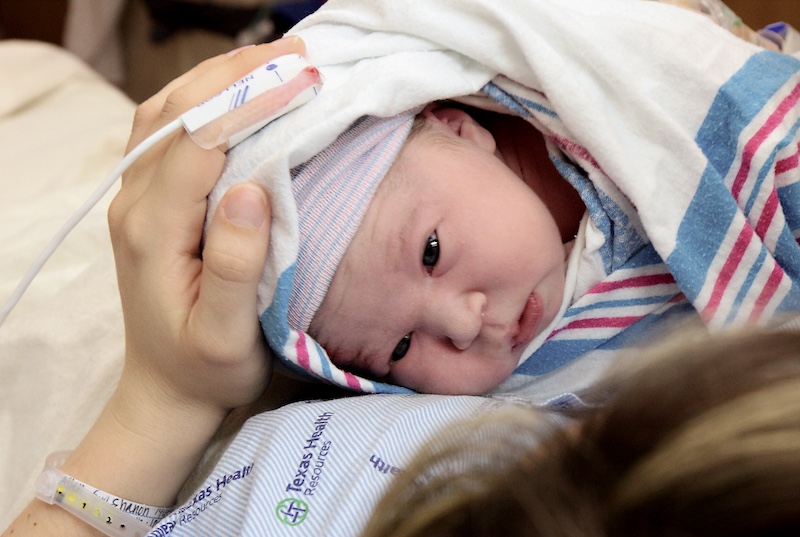 Now 9, Zoe Allen has learned she was born with familial hypercholesterolemia.

Then her doctor added a new drug to her regimen called a PCSK9 inhibitor– one of a class of drugs developed from game-changing research at UT Southwestern.

Renowned geneticist Dr. Helen Hobbs – a Professor of Internal Medicine and Molecular Genetics at UT Southwestern, Director of the Eugene McDermott Center for Human Growth and Development, and a Howard Hughes Medical Institute Investigator – made the surprising discovery of the effect of PCSK9 mutations while studying data from the Dallas Heart Study.

Early in her career, Dr. Hobbs worked as a postdoctoral fellow in the laboratory of Drs. Brown and Goldstein.

Pioneering research by Dr. Hobbs and her colleague, Dr. Jonathan Cohen, Professor of Internal Medicine and in the Center for Human Nutrition and the McDermott Center, has provided novel insights into the genetic basis of cholesterol metabolism, which together with the work of other investigators has led to the development of this new class of agents to treat hypercholesterolemia, approved by the FDA in 2015.

The PCSK9 inhibitor treatment helped Kathryn, but not entirely, and getting it covered by insurance was difficult. Still seeking a balance between managing her risks and the side effects of medication, Kathryn was referred to cardiologist Dr. Parag Joshi, Assistant Professor of Internal Medicine at UT Southwestern. She was thrilled to have access to research that helps people who don’t benefit from the standard treatment. She was hopeful for a solution.

Dr. Joshi works with preventive cardiology to help patients avoid cardiovascular events, such as heart attack or stroke. “When Kathryn came to me, she was seeking answers not only for herself, but also for her daughter and granddaughter,” he said.

All in the family

Kathryn followed up with the test – a simple saliva test – and the diagnosis of familial hypercholesterolemia was confirmed. The results empowered her with knowledge while giving cause for her insurance to cover the treatment.

“I need to know I’m doing everything I can to manage my health as I age. I have the gene. It gives me peace of mind to know I’m maintaining my health,” Kathryn said.

Research that began with Drs. Brown and Goldstein and continued with Drs. Hobbs and Cohen has made a dramatic difference in her treatment. “Neither the statin nor the PCSK9 inhibitor alone were doing the trick. It was a combination of a dose of statin that she could tolerate plus the PCSK9 inhibitor that created an additive effect and got her cholesterol down to levels she had never seen before,” Dr. Joshi said.

“We’re proud to have a personal connection to UT Southwestern research that impacts so many,” Kathryn said.

Shanon and her daughter, Zoe, are both waiting for their own genetic testing results. “Now we want to find the right treatment for Zoe,” she said.

Their family is hoping for the best possible future, and they’re thankful to Estelle. “If my grandmother had not taken part in the study, we might not have known we had the problem,” Shanon said.

Dr. Goldstein is Chairman of Molecular Genetics at UT Southwestern, and Dr. Brown is Director of the Erik Jonsson Center for Research in Molecular Genetics and Human Disease. UT Southwestern Medical Center is the top institution within the “healthcare” category internationally for publishing high-quality scientific research, according to the Nature Index 2018 Annual Tables.