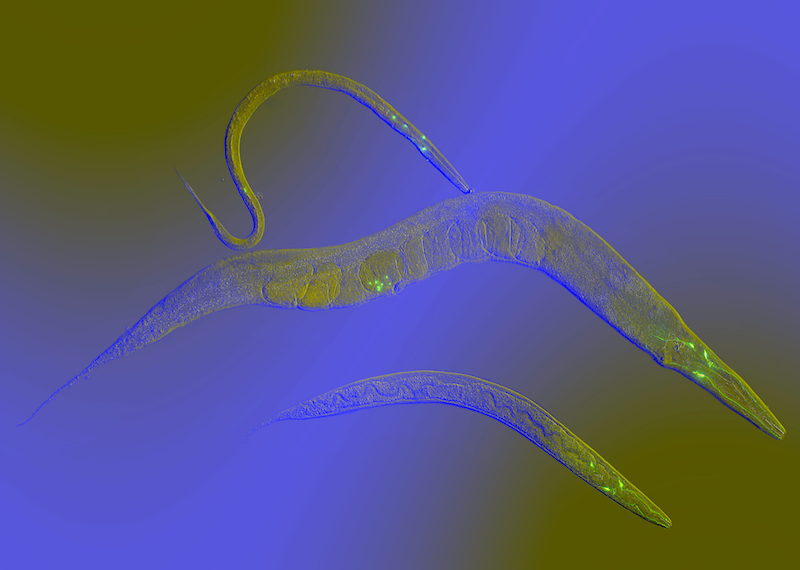 The drug, hydralazine, extended life span about 25 percent in two strains of C. elegans (roundworms), one a wild type and the other bred to generate high levels of a neurotoxic protein called tau that in humans is associated with Alzheimer’s disease.

“This is the first report of hydralazine treatment activating the NRF2/SKN-1 signaling pathway. We found the drug extends the life span of worms as well as or better than other potential anti-aging compounds such as curcumin and metformin. The treatment also appeared to maintain their health as measured by tests of flexibility and wiggling speed,” said Dr. Hamid Mirzaei, Assistant Professor of Biochemistry at UT Southwestern and senior author of the study, published today in Nature Communications.

The NRF2 pathway protects human cells from oxidative stress. The body’s ability to protect itself against damaging oxygen free radicals diminishes with age, he said.

One of the hallmarks of aging and neurodegenerative diseases such as Alzheimer’s and Parkinson’s is oxidative stress, which is believed to result cumulatively from inflammatory and infectious illnesses throughout life, Dr. Mirzaei explained. SKN-1, a C. elegans transcription factor, corresponds to NRF2 in humans. Both play a pivotal role in their respective species’ responses to oxidative stress and life span, he said.

The UT Southwestern researchers were searching for a chemical probe they could use in experiments to identify proteins that get oxidized and become toxic during aging. Their screen for a substance that would cross the blood-brain barrier and be nontoxic led them to hydralazine. 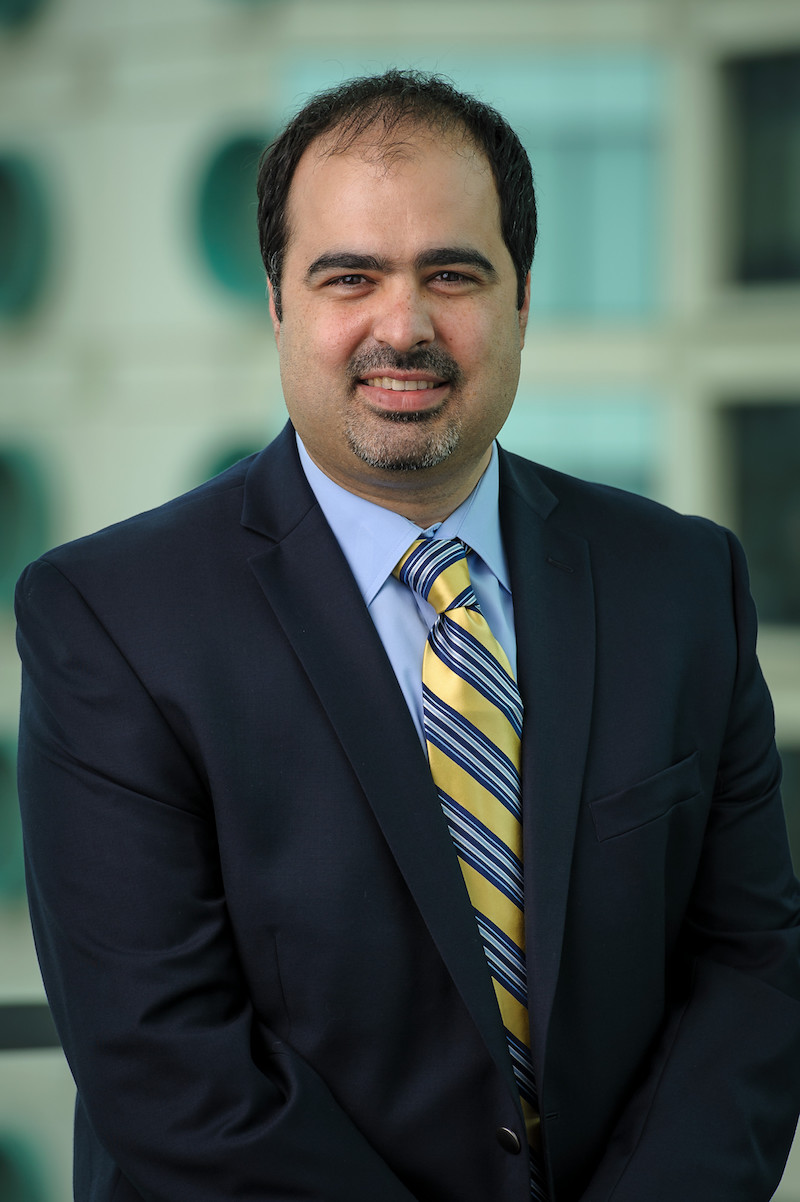 “Age-related neurodegenerative diseases are devastating, and those conditions are on the rise due to the increase in the life span of humans. For that reason, it is important to develop treatments to maintain human health as long as possible,” said Dr. Mirzaei, who is also an investigator in the Center for Alzheimer’s and Neurodegenerative Diseases, part of the Peter O’Donnell Jr. Brain Institute at UT Southwestern.

The researchers did in vivo (in a living creature) and in vitro (in a lab dish) studies on the worms and also studied human cells from a pediatric cancer called neuroblastoma. Compared with untreated controls, roundworms treated with the drug showed about a 25 percent increase in life span (from 15-18 days to about 20-23 days), the team reported.

The results of a series of biochemical experiments indicated that the hydralazine-linked life span extension was dependent on the worms’ SKN-1 pathway via a mechanism that appeared to mimic caloric restriction, he said.

To test the potency of hydralazine in the context of neurodegenerative disease, the scientists used a high dose of a chemical stressor called rotenone that is associated with increased risk of Parkinson’s disease in humans exposed to high doses. They found that hydralazine provided a significant amount of neuroprotection, Dr. Mirzaei said. The drug also showed a significant decrease in tau toxicity in the C. elegans model of Alzheimer’s disease, he added.

“Based on these results, we suggest that hydralazine may be a good candidate for clinical trials for the treatment of age-related disorders in humans as it may also offer general health benefits to the aging population,” he said.

He stressed that this study is a promising first step, but further studies are needed to corroborate it.

The study received support from the National Institutes of Health, the Robert A. Welch Foundation, and the Cancer Prevention and Research Institute of Texas. Disclosures: Dr. Mirzaei is the founder and scientific advisory board member of Neurodaroo LLC., a company that does work unrelated to the current study.