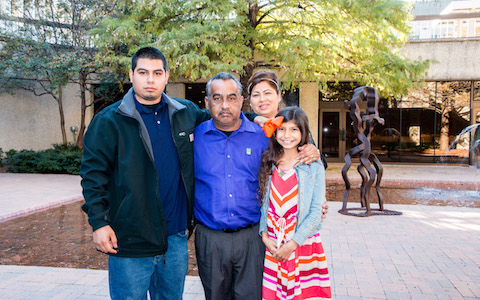 Melinda Brock used to hide the fact from her high school students that she couldn’t see all that well.

Because of a genetic eye disease called keratoconus, which causes the cornea to become thin, cone-shaped, and eventually rupture, she had very poor vision, even with her contacts. She couldn’t read what was on her Fort Worth students’ desks or the papers they’d written unless she held the material just a few inches from her nose, which she didn’t want to do in front of a room full of boisterous teenagers.

Ms. Brock finessed this weakness by saying she’d read whatever the students were asking about later. Then she’d often stay up until 2 a.m., painstakingly going through their work at home. “Sometimes my mom would take it to her office and blow it up for me,” she said.

A 2001 surgery at UT Southwestern Medical Center changed all that. An infant’s donated cornea transformed the vision in Ms. Brock’s right eye from 20/2200 to 20/60 – 20/10 with contacts, which is better than normal. A corneal transplant for her left eye followed. 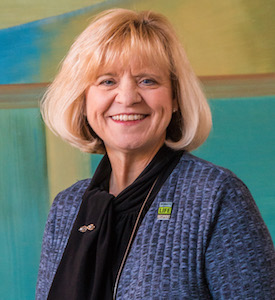 “A miracle,” was the way the 55-year-old Fort Worth woman described her restored vision at a recent event hosted by UT Southwestern’s Transplant Services Center. The Celebration of Thanksgiving for the Gift of Transplantation Medicine, which takes place each year in November, brought together 360 tissue recipients, families of donors, and UT Southwestern officials for a candle-lighting ceremony to honor those who donated corneas, skin tissue, bone, or heart valves for others.

Ms. Brock said she can now look over her students’ shoulders to make sure they are on track, and she can finish any work she needs to take home by 11 p.m.

Perhaps more important, “I see life. I see color now. It’s truly life-changing. The trees, the colors, the fall foliage, recognizing people from afar, reading … I can appreciate life.” Before, with her diminished vision, everything had looked dull and grayed-out, she said.

UT Southwestern’s Transplant Services Center recovers, processes, stores, and then distributes donor tissue throughout Texas and even around the world.

Donating such tissue is in some ways easier than organ donation, said Drew Timmons, coordinator for the tissue bank. While organ donors generally must be on a ventilator – with a beating heart – corneas and other tissues can be recovered as long as 24 hours after death.

More than 16,000 tissue grafts will be supplied by the Center for transplant this year, according to Ellen Heck, a Faculty Associate in Surgery and Ophthalmology and Founding Director of the Transplant Services Center. The regional tissue bank serves 160 hospitals in North Texas. About 50 patients can be helped through one tissue donor. Donors are individuals who have signed up with a donor registry or whose families give permission for donation at the time of their loved one’s death.

“Lives have been changed and careers sustained or altered by tissue donations,” said Dr. Dwight Cavanagh, a Professor of Ophthalmology at UT Southwestern who performed Ms. Brock’s first corneal transplant.

Families who donate these life-altering tissues deserve the gratitude recipients typically feel, he said. “Think of how hard it is at 2 a.m., in a hospital, when your husband, wife, mother, or child just died, to give those tissues.”

Juan and Yolanda Flores are among those who had to make that heart-breaking decision. The Garland couple donated the tissue of their 14-year-old grandson, Ethan Trinidad, after he died from a seizure last year. “We decided that would be a blessing – to be able to help someone else,” Mrs. Flores said.

Like Ms. Brock, Mr. Castilleja suffered from keratoconus and had trouble in school – but his problem was seeing the blackboard in order to learn. He dropped out of high school his sophomore year.
Now, able to see clearly, he plans to get his GED, then go to college to pursue a career as a police detective.

Mr. Castilleja came to the November celebration after getting a letter from Ethan’s 9-year-old sister, Jaeda, telling him about “the best brother I ever had.” He thought his coming might give Ethan’s family a sense of closure.

“I was praying to be able to meet someone who had the gift of sight from Ethan,” Mrs. Flores said. “There was a purpose for him.”

For information on tissue donation and the Center, call 1-800-433-6667 or go to the Transplant Services Center website. 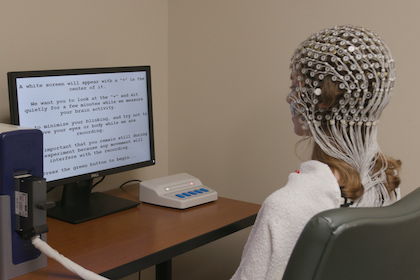 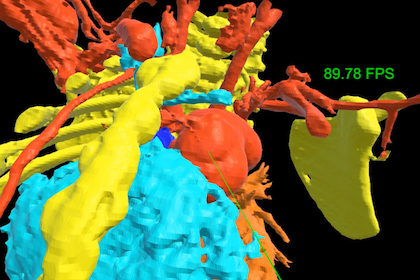 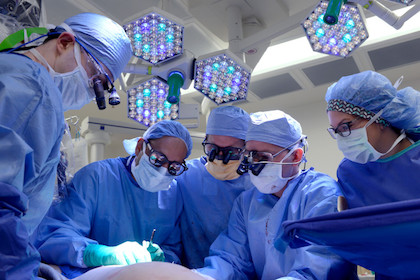 Surgeons at UT Southwestern have developed a process to determine the best approach for single breast reconstruction.