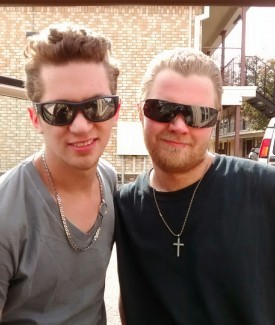 For Tom Vansyckle, who had sat with his sons in so many hospital rooms and read every word he could find about XLPDR for two decades, it was an emotional moment when Dr. Andrew Zinn, Dean of the UT Southwestern Graduate School of Biomedical Sciences, told him that the genetic mutation linked to his sons’ disorder had been found. The research appears today in Nature Immunology.

“It felt like a dream,” Mr. Vansyckle said. “I called Dr. Zinn the next morning and asked him, ‘Is this really real or did I dream that this happened?’ ”

Symptoms of XLPDR, a hereditary X chromosome-linked disease, include blotchy skin pigmentation, unusual facial features, inability to sweat, and recurrent bacterial lung infections. The condition also causes cornea scarring, leading to blindness in many patients. Currently, XLPDR patients are treated for their lung infections in the same manner as cystic fibrosis patients, with hospitalizations and weeklong courses of antibiotics. For vision loss, corneal transplantation has been tried in a few cases, with disappointing results.

Although the study’s findings do not translate into an immediate cure for patients such as the Vansyckles, they hold promise for development of therapies targeted at the now-known mutation that causes XLPDR: the POLA1 gene, a core enzyme involved in DNA replication. This gene long has been known to code for an essential component in an enzyme involved in DNA replication, DNA polymerase alpha, but the research revealed a surprising second role for the gene.

Dr. Zinn, also a Professor of Internal Medicine and in the Eugene McDermott Center for Human Growth and Development, began working to identify the genetic mutation that causes this disease after he met the Vansyckle family of Waco. Although Dr. Zinn narrowed the genetic location of the mutation, for years he was unable to pinpoint it precisely through standard techniques. Whole-genome sequencing brought the answer. The mutation, as it turned out, was not in an exon – a part of a gene that codes for proteins – but rather in a non-coding intron section of DNA.

“Genes are like beads on a string, with the beads representing exons that are spliced together after the intervening pieces of string, or introns, are clipped out. Since the majority of known disease-causing mutations affect proteins, geneticists normally are focused on exons,” explained Dr. Zinn. “This intron mutation results in aberrant splicing, decreasing POLA1 protein expression.” 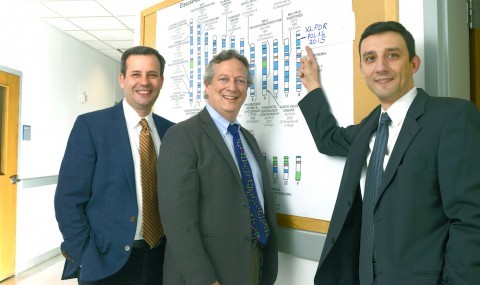 In the next phase of the study, researchers attempted to understand how the genetic mutation led to the phenotype of this disease, including the immunodeficiency and spontaneous inflammation of various organs that occur. Dr. Ezra Burstein, Associate Professor of Internal Medicine and Molecular Biology, and Dr. Petro Starokadomskyy, research scientist, made a connection between POLA1 deficiency and an immune reaction in the cytoplasm, or fluid portion, of cells.

“When you examine cells of XLPDR patients under the microscope, they look like they are constantly responding to a viral infection. But in reality, they are not infected with anything,” Dr. Starokadomskyy said. “Interestingly, these patients instead get repeated bacterial and fungal infections, particularly in the lungs. It’s like their bodies are exhausted by constant antiviral alarms, and so they cannot respond to real threats.”

The researchers pinpointed the cause of this unusual state as constant activation of the interferon pathway – the body’s principal cellular system for fighting viral infections.

“It’s been known for 70 years that POLA1 plays a role in the copying of DNA during cell division in the nucleus of the cell, but now we have identified a second function for POLA1 in calming immune responses that take place in the cytoplasm of the cell,” Dr. Burstein said.

“These patients are both inflamed and immunodeficient at the same time. They have a signature of autoinflammation that is very similar to diseases that involve mutations in enzymes of nucleic acid metabolism. Our research revealed a role for this replicative polymerase as a modulator of interferon activation through the generation of RNA:DNA hybrids in the cytoplasm of cells,” Dr. Burstein said.

The main pathways to activate interferon production begin with the recognition of foreign nucleic acids, a process by which cells typically detect viruses. The research demonstrates that the generation of cytosolic RNA:DNA hybrids modulates the sensitivity of cellular sensors. When the levels of cytosolic RNA:DNA are reduced, as is the case in XLPDR, cells get spontaneously activated, setting in motion the first steps that lead to the disease.

Worldwide, only 14 families are known to have XLPDR, though there could be others that have been misdiagnosed, as the Vansyckle brothers initially were, with cystic fibrosis. For years, UT Southwestern researchers have been gathering information about families with XLPDR from across the globe.

Tyler Vansyckle, 25, who is a video game enthusiast, and his artsy brother Spencer Vansyckle, 20, who writes poetry, were both born with the disease, though it was some time before their condition was diagnosed. Because they suffered so many lung infections, doctors thought the boys had cystic fibrosis until a dermatologist, noting their unusual skin coloration, researched their “reverse freckles” and correctly diagnosed XLPDR. It was then that Dr. Zinn began working with the Vansyckle family, seeking the genetic cause of this exceedingly rare disease.

Beyond finally revealing a disease cause, UT Southwestern’s research suggests a potential treatment route. “Finding a way to block or slow the interferon pathway could someday help these patients,” Dr. Burstein said.

Knowing that medical understanding about his sons’ condition is advancing – and even just knowing that there are others in the world with this disease – is comforting for Tom Vansyckle. “For years, we thought we were the only ones in the world,” he said.

Additionally, pinpointing the mutation means that girls in families with XLPDR can be screened to see if they are carriers.

Also contributing to the study were researchers at Ramon y Cajal University Hospital and Hospital de la Santa Creu i Sant Pau in Spain; Beijing Children’s Hospital and Peking University in China; Schneider Children’s Medical Center of Israel; University of Milan in Italy, Hospital for Sick Children in Canada; Mother and Child Health Care Institute and the University of Belgrade in Serbia; and the National Institute of Allergy and Infectious Diseases in Rockville, Maryland. 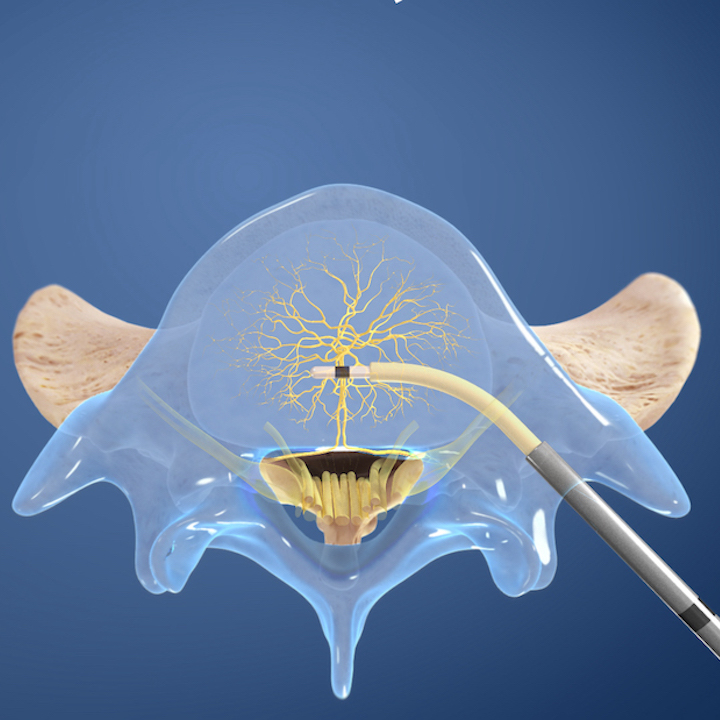 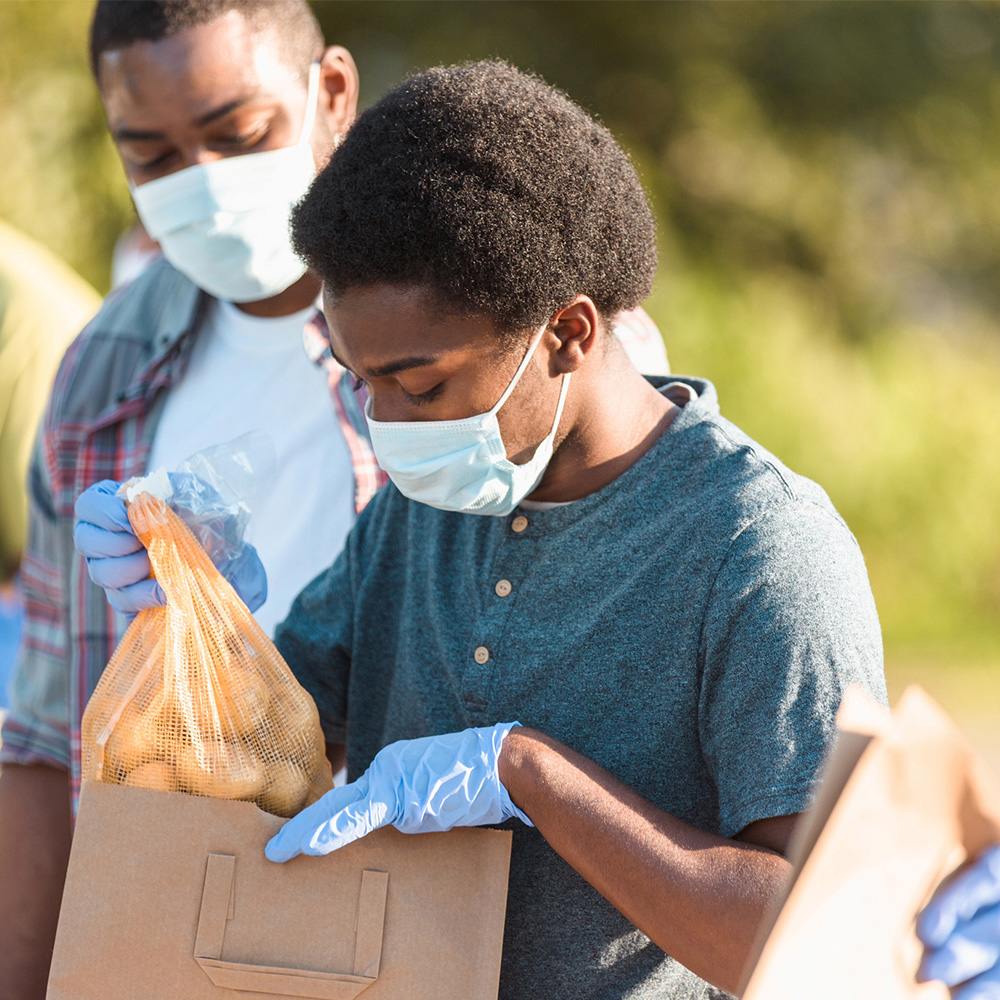