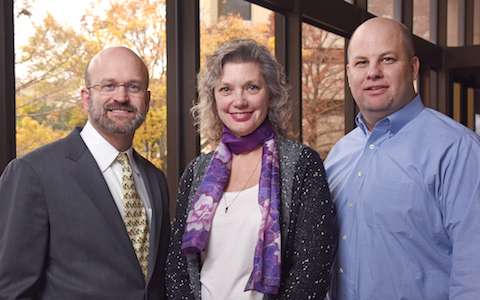 DALLAS – Dec. 20, 2016 – A new way to fight multidrug-resistant bacteria by blinding them rather than killing them proved highly effective in a model of burn injuries, UT Southwestern Medical Center research shows.

“In the United States, there are more than 1 million burn injuries and 100,000 hospitalizations annually. Up to 75 percent of the mortality in burn patients is associated with infections, which are particularly common in patients who suffer extensive burns – those that cover 40 percent or more of the body,” said Dr. Steven Wolf, Section Chief for Burns and Professor of Surgery at UT Southwestern Medical Center.

Dr. Wolf, one of three senior authors of the study published today in Scientific Reports, is also a former Director of the Burn Center at the U.S. Army Institute of Surgical Research in San Antonio, Texas.

“Rather than killing the bacteria, we blinded them so they could not find the places where they normally stick to the host (body’s) cells. If bacteria cannot bind, they cannot grow,” said Dr. Wolf, who is also Surgery’s Vice Chair for Research and holder of the Golden Charity Guild Charles R. Baxter, M.D. Chair.

The study done in rats targeted one of the most lethal pathogens: multidrug-resistant Pseudomonas aeruginosa, which is found in approximately 33 percent of all burn cases and in 59 percent of extensive burns. The researchers showed that topical application of an engineered adhesion inhibitor molecule – Multivalent Adhesion Molecule 7, or MAM7 – substantially decreased the bacterial levels in wounds in the first 24 hours after administration and prevented the spread of the infection to adjacent tissue for three more days. In addition, the experimental molecule aided wound healing and maintained normal inflammatory responses to the burn, the researchers report.

“Antibiotic-resistant bacteria are an increasingly prevalent problem in the clinic and hospital, so new ways to prevent and treat infections are direly needed. Antibiotics work by killing bacteria, which places microbes under extreme pressure to develop antibiotic resistance,” said co-senior author Dr. Kim Orth, Professor of Molecular Biology and Biochemistry at UT Southwestern.

“Our approach doesn’t target bacterial survival; rather it targets the microbes’ ability to damage the host – its virulence. There is no reason for the bacteria to become resistant to this approach. Being unable to bind to wounded tissue is an inconvenience, and the bacteria move on,” Dr. Orth said.

She compared the situation to the search for parking at a shopping mall.

“If all the parking spaces are filled, then the bacteria have no place to park,” said Dr. Orth, a Howard Hughes Medical Institute Investigator who also holds the Earl A. Forsythe Chair in Biomedical Science and is a W.W. Caruth, Jr. Scholar in Biomedical Research at UT Southwestern.

The experimental molecule was developed in the Orth laboratory and grew out of the postdoctoral research project of the study’s third senior author, Dr. Anne-Marie Krachler, now with the McGovern Medical School at The University of Texas Health Science Center at Houston (UTHealth).

When working at UT Southwestern, Dr. Krachler studied a group of adhesion molecules called adhesins that are created by bacteria to bind, or stick to cells in an early and crucial step in causing infection. Although most adhesins are specific to various pathogens, members of the adhesion family she identified – Multivalent Adhesion Molecules, including MAM7 – are used by most gram-negative bacteria, including the type used in this burn study.

In one UTSW experiment, Dr. Krachler detached MAM7 from the bacteria that produce it and showed that the lack of MAM7 made the bacteria much less able to cause infection. In 2013, Dr. Orth gave a UT Southwestern President’s Lecture describing the molecular activity of MAM7. Dr. Wolf was in attendance, and approached Dr. Orth about a collaboration to test the efficacy of MAM7 using a fluorescent strain of antibiotic-resistant bacteria in a live animal model.

That led to the multiyear effort to develop the recombinant MAM7 inhibitor attached to a scaffold made of bacteria-sized polymer microbeads that was used in this study. UT Southwestern has an international patent application filed on the molecule.

“We attached lots of copies of MAM7 to the microbeads. In this study, we found that topically applied MAM7-coupled microbeads reach the cells’ binding sites first and – for at least four days in this experiment – stay there, without hindering wound healing. The MAM7 adhesion inhibitors remain on the wounds and prevent the bacteria from binding to the tissue,” Dr. Orth said.

In addition to burns, Dr. Krachler said, this strategy could work against diabetic ulcers and surgical wounds that can become infected.

“What’s exciting about MAM7 is that the agent is so broad-spectrum. Most bacteria have their own specific type of adhesion molecules. For instance Vibrio uses one kind and Salmonella uses a different one and multidrug-resistant bacteria another, but almost all of them want to park in the same place.

“Antibiotics are amazing drugs, and they have saved countless lives since their discovery more than 80 years ago. But there is a challenge – the challenge of antibiotic resistance that has made many antibiotics ineffective. A material that targets virulence instead of killing bacteria could be a way to treat infections that are resistant to antibiotics,” she said. “This is a trial in rats. A future goal is to use this strategy in patients.”

Following the success of this proof-of-concept study, additional steps include testing whether the anti-adhesion strategy might also block infection of bacteria that can cause lethal infections during surgery, Dr. Orth said.

The research received support from the Biotechnology and Biological Sciences Research Council in the United Kingdom; the National Institutes of Health; Once Upon a Time…; the Welch Foundation; the Howard Hughes Medical Institute; the Golden Charity Guild Charles R. Baxter Chair in Burn Surgery, which provided additional research funding; and the Burroughs Welcome Fund.

The U.S. Army Institute for Surgical Research provided the bioluminescent strain of P. aeruginosa used in this study. 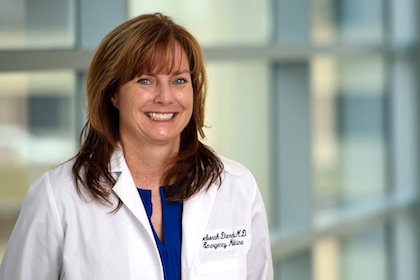 Hurricane evacuees living in Texas now can have free access to an ER physician via a video and text messaging app from CirrusMD through UT Southwestern Medical Center’s Texas Docs Care program. 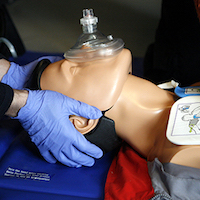 Ahamed Idris, M.D., was a young researcher studying cardiac arrest and ventilation in 1986 when he witnessed firsthand the lifesaving capability of cardiopulmonary resuscitation, known as CPR.