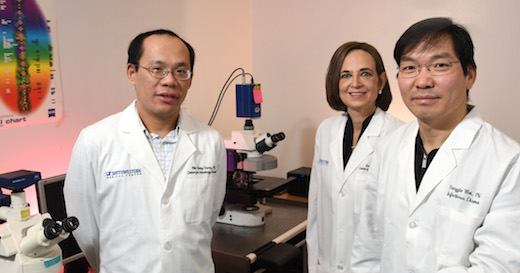 DALLAS – Dec. 22, 2016 – Researchers at UT Southwestern Medical Center have uncovered the mechanism that cells use to find and destroy an organelle called mitochondria that, when damaged, may lead to genetic problems, cancer, neurodegenerative diseases, inflammatory disease, and aging.

Understanding how this process works could potentially lead to new treatments to prevent certain illnesses and even some aspects of aging, said Dr. Beth Levine, Director of the Center for Autophagy Research at UT Southwestern and senior author of the study, published today in Cell. The Center for Autophagy Research – the only one of its kind in the nation – investigates the process called autophagy in which cells rid themselves of damaged or unnecessary components.

Mitochondria are commonly called the “powerhouses of the cell” because these cellular components works like a tiny factory inside cells to convert compounds such as sugars into energy that a cell can use.

But mitochondria also have a dark side: Because of their high-energy function, when they are damaged, they release toxic chemicals called reactive oxygen species into the rest of the cell, said Dr. Yongjie Wei, Assistant Professor of Internal Medicine at UT Southwestern and lead co-first author of the study.

“The removal of damaged mitochondria by autophagy (a process called mitophagy) is important for cellular health,” said Dr. Levine, also Professor of Internal Medicine and Microbiology and a Howard Hughes Medical Institute Investigator.

Researchers have to date focused on protein “tags” found on the outer membranes of mitochondria – especially the protein Parkin that attaches these tags – to explain how the cell’s degradative organelles, called autophagosomes, target sick mitochondria, explained Dr. Levine, who holds the Charles Cameron Sprague Distinguished Chair in Biomedical Science. (Autophagosomes are double-membraned vesicles that contain cellular material to be degraded in the process called autophagy.)

But UT Southwestern scientists, working with human and mouse cells, discovered that a receptor on an inner mitochondrial membrane actually is more important in guiding these autophagosomes to their prey. 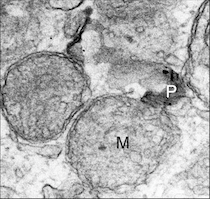 In the study, researchers found that a protein called prohibitin 2 (PHB2) resides on the inner membrane of mitochondria, but is exposed when an ailing mitochondrion’s outer membrane ruptures. Once the break occurs, the protein LC3, which rides on an autophagosome’s exterior like a lookout, is drawn to the PHB2.

The LC3 protein then attaches to PHB2, and the autophagosome carries its doomed cargo to a lysosome – yet another organelle found within cells – that acts like a tiny stomach, with enzymes to break down cell waste.

The study’s finding that PHB2 is crucial in targeting mitochondria for autophagic degradation is new, said Dr. Levine.

However, she said, previous research had linked the presence of PHB2 to prevention of cancer, aging effects, neurodegeneration, and inflammation. So, given these beneficial health effects, it makes sense that a key action of PHB2 is to help rid cells of damaging mitochondria that contribute to such disease processes, she said.

“By understanding how cells get rid of damaged mitochondria that contribute to cancer, neurodegenerative diseases, and aging, we may be able to develop treatments to prevent those processes,” Dr. Levine said.

The study also found that PHB2 is necessary for the routine elimination of paternal mitochondrial DNA in developing embryos, leaving only mitochondrial DNA from the mother. This work was done in roundworms, but a recent study performed elsewhere using mouse models demonstrated that mitophagy is also used to remove paternal mitochondria in mammalian embryos, said Dr. Wei-Chung “Daniel” Chiang, a postdoctoral researcher at UT Southwestern and co-first author of the study.

In yet another finding, the UTSW research shows that – despite scientists’ greater focus on the Parkin protein’s role in supporting autophagy – PHB2 is required for Parkin to work.

Other scientists involved in the study were: Dr. Rhea Sumpter, Assistant Professor of Internal Medicine; and Dr. Prashant Mishra, Assistant Professor at the Children’s Medical Center Research Institute at UT Southwestern, and the Cecil H. and Ida Green Comprehensive Center for Molecular, Computational, and Systems Biology, and of Pediatrics.

The research was supported by grants from the National Institutes of Health, Cancer Prevention and Research Institute of Texas, Leducq Foundation, and a Burroughs Wellcome Career Award for Medical Scientists.