DALLAS – October 24, 2016 – Carol White can’t help but worry when she misplaces keys or can’t recall a name ever since relatives have been diagnosed with early onset Alzheimer’s.

“I live with the possibility Alzheimer’s might also touch my life,” she said. “You just take a deep breath and wonder.”

But the 69-year-old doesn’t plan to sit around waiting to find out. She’s joined a study at the UT Southwestern Peter O’Donnell Jr. Brain Institute to determine whether regular aerobic exercise and taking specific medications to reduce high blood pressure and cholesterol levels can help preserve brain function.

“There is plenty of evidence to suggest that what is bad for your cardiovascular system is bad for your brain, but the body is one machine and you cannot separate the heart from the brain,” said Dr. Rong Zhang, Associate Professor of Neurology and Neurotherapeutics at UT Southwestern Medical Center. 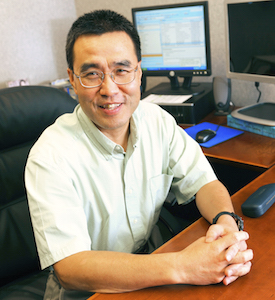 Dr. Zhang is Principal Investigator for the 5-year study being carried out at six medical centers around the nation. They plan to enroll more than 600 older adults at high risk to develop Alzheimer’s disease and measure whether certain interventions can be linked to slower brain decline. Participants will take part in regular aerobic exercise and take specific medications to reduce high blood pressure and cholesterol levels.

Information on this study is available on the rrAD trial website or contact Tammy Lewis at 214-345-4665 or ieembrain@texashealth.org. Other trial sites include Texas Health Resources in Dallas, the University of Kansas Medical Center, Washington University School of Medicine, Pennington Biomedical Research Center at Louisiana State University, and Michigan State University.

There is compelling evidence that hypertension is linked to development of dementia later in life, according to a statement from the American Heart Association issued earlier this month. But more data are needed to determine whether treating high blood pressure can preserve the brain’s function. Doctors also need to know what kind of exercise or which medications or blood pressure levels will benefit at-risk patients the most.

“That’s the point of this study. People are looking for a silver bullet to stop the disease. But Alzheimer’s is a multi-factorial disease. You have to do A, B, C, and D together, which will hopefully make the difference,” said Dr. Zhang, Director of the Cerebrovascular Laboratory in the Institute for Exercise and Environmental Medicine (IEEM) at Texas Health Presbyterian Hospital Dallas, where the Dallas arm of the study will be carried out. 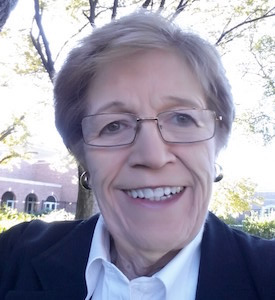 Carol White, 69, who has hypertension and a family history of dementia, is participating in a national study to evaluate methods to prevent declines in brain function.

The IEEM, a joint program between Texas Health Presbyterian Hospital Dallas and UT Southwestern, is among the most sophisticated human physiology laboratories in the world. Researchers there are working to find treatments and contribute to the development of cures for many of society’s most debilitating and chronic diseases, including hypertension, diabetes, congestive heart failure, Alzheimer’s disease, Obstructive Sleep Apnea (OSA), and obesity.

This new study builds upon prior research linking healthy lifestyles to better brain function. That includes a 2013 study from Dr. Zhang’s team that found neuronal messages are more efficiently relayed in brains of older adults who exercise, and a recent UCLA study that found a healthy diet and regular exercise can reduce the incidence of toxic protein buildup associated with Alzheimer’s. 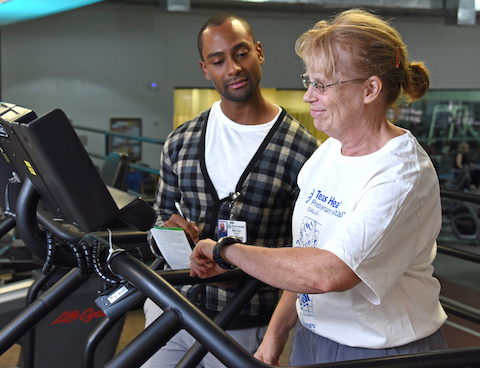 Research coordinator Marcel Turner (left) watches as Tammy Lewis, a nurse who works at the Institute for Exercise and Environmental Medicine, tests an exercise program being used for a national study to evaluate methods to prevent declines in brain function.

Other teams at the O’Donnell Brain Institute are designing tests for the early detection of patients who will develop dementia, and seeking methods to slow or stop the spread of toxic proteins associated with the disease such as beta-amyloid and tau, which are blamed for destroying certain groups of neurons in the brain.

In the current study, supported by funding from the National Institutes on Aging, researchers will measure the effectiveness of various combinations of intervention in four groups of participants, including those who receive both aerobic training and medication that aggressively targets cardiovascular risks, and others that only receive some or none of these interventions.

Researchers will watch for changes in the participants’ memory and other functions using cognitive testing and MRIs that will monitor brain cell communication and blood flow, which is important for prevention of any buildup of toxic proteins. They will also measure brain volume and other factors to help them assess which combinations of interventions are most effective in slowing the decline in brain function.

“I’m just interested in doing anything that I can that might help in some small way to find a cure,” said Ms. White, who does government and public affairs contract work in the Dallas area. “It’s not a pleasant thing to see your relatives go through.”