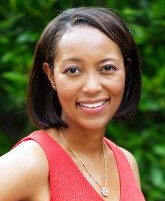 Adrianne Bagley, M.D., moved to Dallas in 2015 with her husband Carlos, Director of the UTSW Spine Center. She has been a part of the Communications Committee since 2019 and created the Mindfulness Meditation interest group in 2020. Adrianne completed her undergraduate and medical training at Johns Hopkins. As a pediatrician, she worked in a number of different healthcare settings, including a city health department, a tertiary care center, and a community health center. In 2010, Adrianne transitioned from her pediatric practice to pursue other interests related to health and wellness. She completed the Mindfulness Based Stress Reduction program at Duke Integrative Medicine in 2012 and has maintained a personal meditation practice since this time. In 2020, she joined Mastermind, a Dallas-based meditation consulting team, deepening her commitment to teaching and sharing mindfulness with others.

Adrianne and Carlos have one son, Marshall, a rising 8th grader at St. Mark’s School of Texas. Adrianne enjoys volunteering at school, and she is excited to serve as a class representative for the upcoming school year. In her spare time, Adrianne enjoys spending time with her family, which includes vacationing on the beach and traveling to Durham to cheer on the Duke Blue Devils basketball team. Diane Tasian has served on the FWC Directory committee since 2015 and enjoys the Needle Arts interest group when she can.

She moved to Houston to join Berge while he was in Medical School at UT Southwestern. While the girls were in school, Diane obtained an architecture degree. After the girls got their driver’s licenses, Diane became a hospital designer. Berge and Diane are now both enjoying retirement. Their older daughter, son-in-law and three granddaughters live here; and their youngest daughter, son-in-law, and granddaughter live in Houston.

Diane serves as the President of the League of Women Voters of Dallas (LWVD). This year has seen many celebrations: the 100th Anniversary of LWVUS, the 82nd Anniversary of LWVD, and the 100th Anniversary of the 19th Amendment. Other milestones were the 2020 census and the presidential election. Like other organizations LWVD has pivoted to respond to members and volunteers in the pandemic. For example, they deployed 50 voter registration kiosks to Parkland clinics. Voter registration and turnout reached new local records. LWVD is now focusing on the 2021 Texas Legislature.

We would like to welcome all new members to the FWC. Annual dues are $30, which include discount to FWC events, membership directory, access to a closed Facebook Group, quarterly newsletters, and Monthly Highlights email. The FWC membership year is June 1 - May 31.

If we may be of assistance in any way or for more information, please contact Hanne Sagalowsky by HanneSag@me.com.