DALLAS – Sept. 15, 2022 – Blocking the inhibition of PKD1 and PKD2 gene expression by deleting a binding site for microRNAs hindered the formation and growth of kidney cysts in autosomal dominant polycystic kidney disease (ADPKD) models, UT Southwestern researchers reported. The findings, published in Nature Communications, suggest a strategy for gene therapy with the potential to arrest or cure ADPKD. 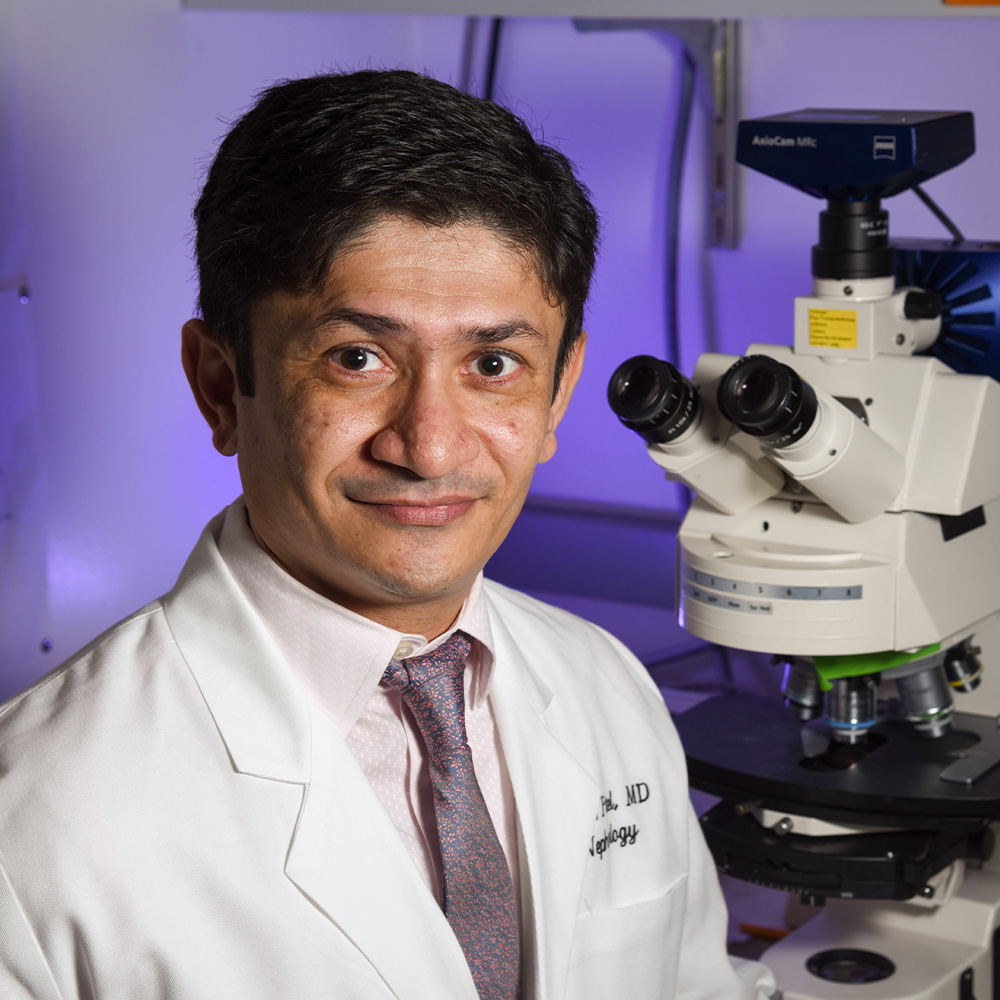 “For more than 25 years, we have known that ADPKD is caused by mutations of PKD1 or PKD2 genes. Yet, no therapeutic strategy exists to go after these root causes,” said Vishal Patel, M.D., Associate Professor of Internal Medicine in the Division of Nephrology at UTSW and corresponding author of the paper.

ADPKD is among the most common human genetic conditions and the most frequent genetic cause of kidney failure, affecting an estimated 12.5 million people worldwide. ADPKD is an inherited disease in which patients typically inherit one mutated copy of PKD1 (or PKD2) and one normal copy. The disease is characterized by the frequent formation of many small fluid-filled sacs called kidney cysts, which are believed to form when the levels of PKD1 or PKD2 fall below a critical threshold. This can occur when the normal copy of the gene does not produce enough of the proteins Polycystin-1/Polycystin-2. 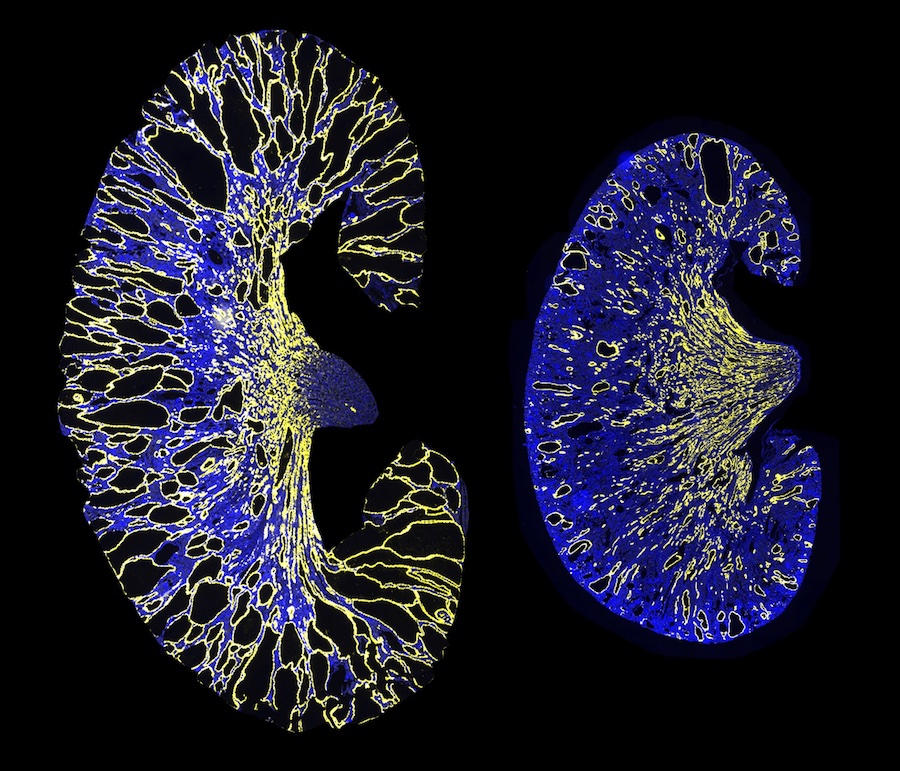 Proteins are produced (or translated) from a gene’s messenger ribonucleic acid (mRNA). At one end of the mRNA strand is a region of code that helps protect it from degradation but can also control how much of the protein is made. The binding of microRNAs to this region of the mRNA code can block translation, leading to production of less protein.

PKD1 contains a binding site for miR-17, a microRNA that is highly expressed and active in models of ADPKD. So, Dr. Patel and his colleagues asked if blocking the binding of miR-17 to PKD1 could prevent kidney cyst formation.

The researchers deleted the miR-17 binding site from PKD1 mRNA in cell cultures and an ADPKD mouse model. Their results indicated that deletion of the binding site increased stability of the mRNA strand, raised Polycystin-1 levels, and decreased kidney cyst growth. Moreover, the group found that blocking miR-17 binding to PKD1 mRNA with an anti-miR-17 drug after cyst formation also decreased cyst growth, indicating that this interaction could be a promising target for polycystic kidney disease (PKD) treatment.

“There are numerous genetic conditions where one copy of the causative gene is mutated, but the other copy is still normal. Our approach to harnessing the remaining normal copy is likely applicable to many other diseases besides PKD,” said Dr. Patel.

UT Southwestern opened a PKD and genetic kidney disease clinic in 2016 that is co-led by Ronak Lakhia, M.D., Assistant Professor of Internal Medicine in the Division of Nephrology at UTSW. Dr. Lakhia is the co-first author on this study with Harini Ramalingam, Ph.D., a postdoctoral researcher in the Patel lab. The UTSW PKD clinic is now the largest such clinic in Texas, said Dr. Lakhia, gaining recognition as a site for innovative clinical trials.

Other researchers who contributed to this study include Patricia Cobo-Stark, Laurence Biggers, Andrea Flaten, and Jesus Alvarez, all of UTSW; and Chun-Mien Chang, Tania Valencia, Darren P. Wallace, and Edmund C. Lee.

This work was supported by grants from the National Institutes of Health (R01DK102572) and the Department of Defense (D01 W81XWH1810673). Dr. Patel has patents involving anti-miR-17 for the treatment of ADPKD and serves as a scientific consultant for Regulus Therapeutics and other companies as disclosed in the paper.