DALLAS – Nov. 07, 2022 – A normal process called cell competition, in which healthy tissues eliminate unhealthy cells, could be responsible for cancer relapses in patients months or years after they were declared cancer-free, a new study by UT Southwestern researchers suggests. 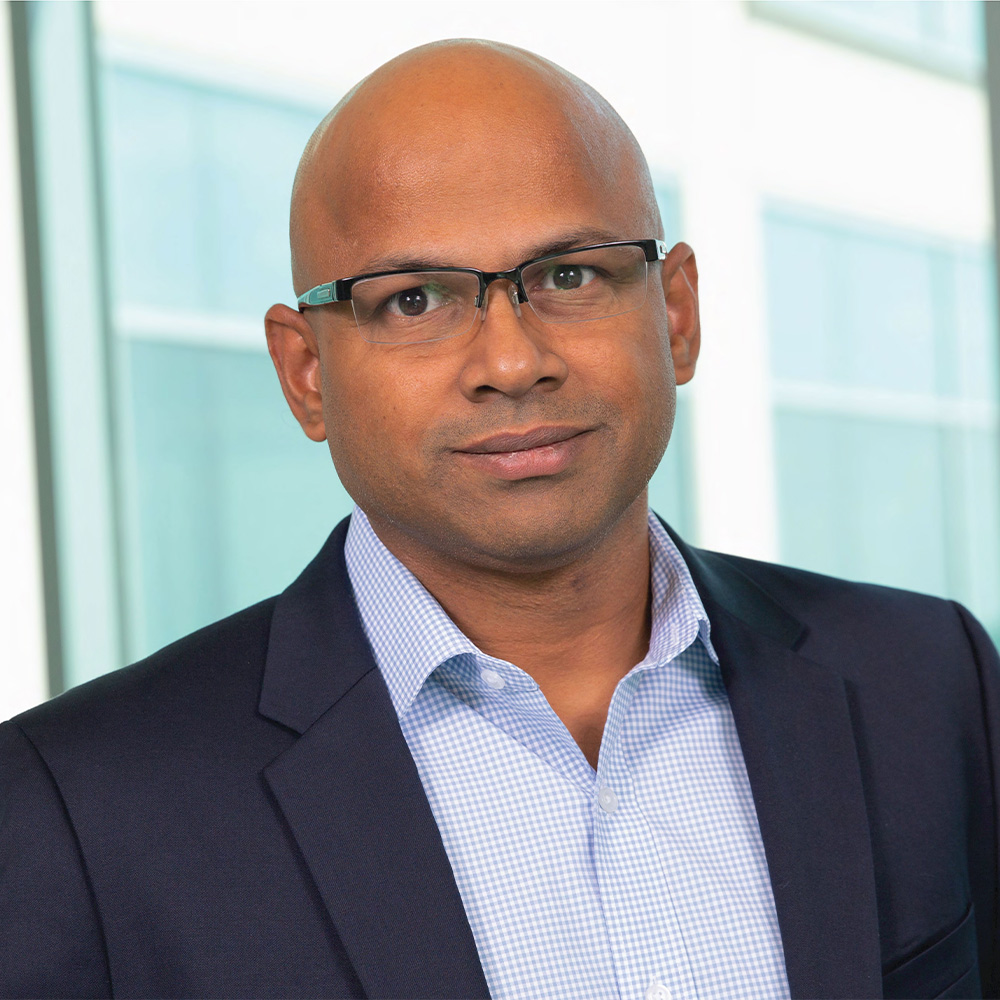 The findings, published in Cancer Discovery, could lead to better ways to treat or even prevent metastasis, or the spread of tumors to different parts of the body.

“Our findings show that cell competition within the primary tumor results in displacement of less-fit cells into the circulation. But not all of these displaced cells die,” said study leader Srinivas Malladi, Ph.D., Assistant Professor of Pathology at UTSW and a member of the Harold C. Simmons Comprehensive Cancer Center. “Some with metastatic potential survive in circulation, persist in distal organs, and initiate metastasis.”

Metastasis is common with most cancers. In clear cell renal carcinoma (ccRCC), the most common form of kidney cancer, new metastatic lesions often develop well after the primary tumor has been removed, a process called metachronous metastasis. Researchers have known that metachronous metastasis can occur months or years later, when many patients and their physicians believe they are cancer-free. But how this happens has been unknown.

To find out, Dr. Malladi and his colleagues created a mouse model of metachronous metastasis by implanting human ccRCC cells that carried extra genes to make them glow and resist an antibiotic called hygromycin. After four weeks, the researchers surgically removed the primary tumors that formed at the implantation site, then continued to monitor the animals for metastasis through bioluminescent imaging. Although none of the mice developed metastatic tumors over the next five months, the researchers found living cells in the animals’ lungs that glowed and resisted hygromycin. 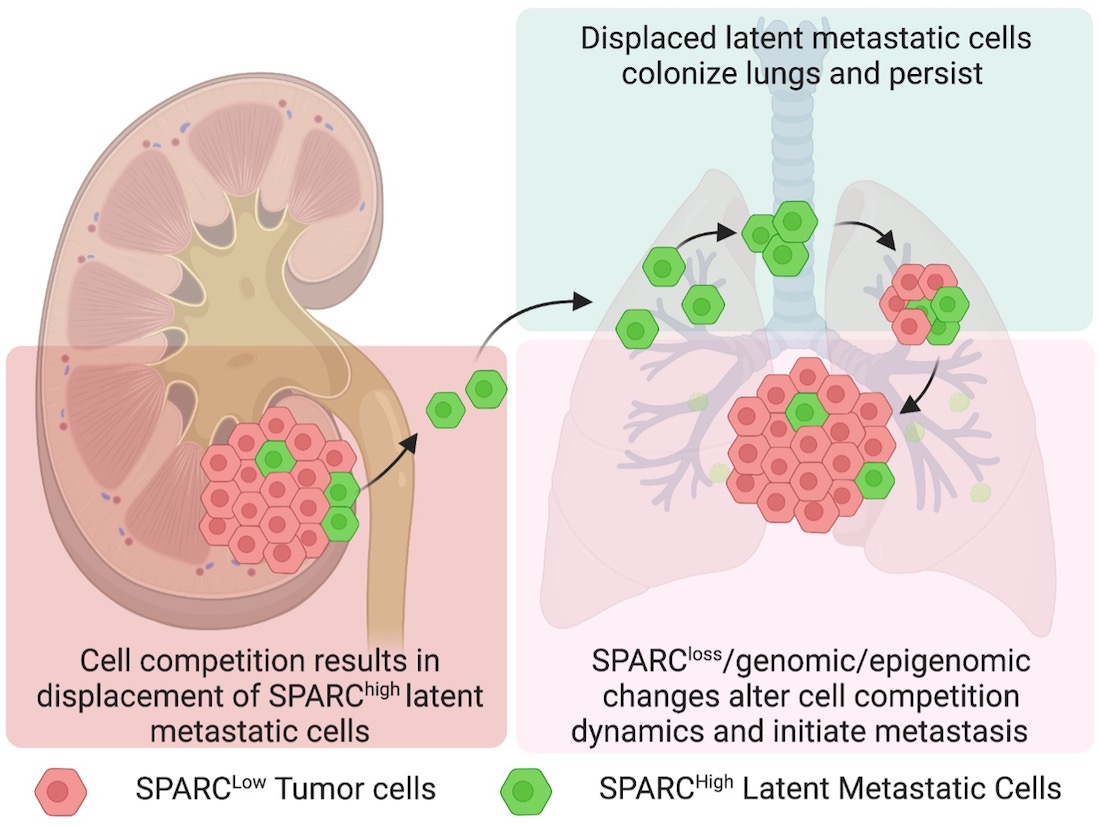 “Although the Lat-M cells were ‘losers’ and displaced from the primary tumor,” Dr. Malladi explained, “they were ‘winners’ when they grew alone.” These findings show that disease progression is not necessarily driven by the dominant aggressive clone but could be driven by a non-dominant, less-fit clone within the primary tumor.

Further investigation identified a gene called SPARC that appeared to play a key role in both Lat-M cell displacement and establishment at distal organs. When SPARC activity decreased in the primary tumor, reduced displacement of Lat-M cells was observed, while depletion of SPARC in Lat-M cells that colonized the lungs resulted in increased metastatic burden. Dr. Malladi suggested that other genes waiting to be discovered are probably also important in this process. Eventually, he said, profiling genes in primary tumors surgically removed from patients could show which individuals need to be monitored more closely after surgery for metachronous metastasis. Pharmaceuticals could someday act on these genes to prevent Lat-M cells from leaving the primary tumor, a strategy that may prevent metachronous metastasis in a range of cancers.

Dr. Brugarolas is Director of the Kidney Cancer Program at the Harold C. Simmons Comprehensive Cancer Center and Principal Investigator of one of two Specialized Programs of Research Excellence in kidney cancer in the U.S., and holds the Sherry Wigley Crow Cancer Research Endowed Chair in Honor of Robert Lewis Kirby, M.D. Dr. Brekken is a member of the Harold C. Simmons Comprehensive Cancer Center, the Effie Marie Cain Research Scholar in Angiogenesis Research and a principal investigator in the Hamon Center for Therapeutic Oncology Research.