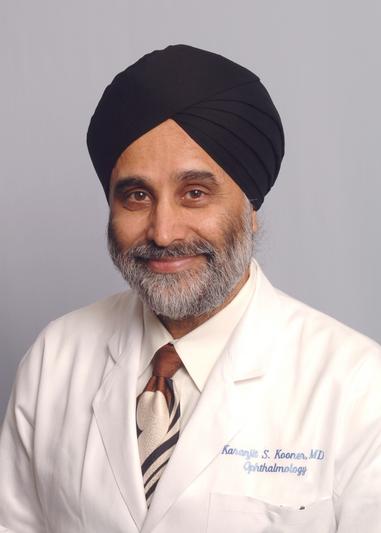 DALLAS – August 23, 2022 – The earlier individuals develop Type 2 diabetes or hypertension in life, the earlier they are likely to develop primary open-angle glaucoma (POAG), the leading cause of irreversible blindness worldwide, researchers from UT Southwestern reported in a recent study. The findings, published in Clinical Ophthalmology, could lead to better screening protocols for POAG, which accounts for up to 90% of all cases of glaucoma.

“Currently, we lack the tools to cure glaucoma, but with enough advanced notice, we can preserve patients’ vision. Early detection of glaucoma is the key to better control of intraocular pressure and preventing blindness,” said study leader Karanjit Kooner, M.D., Ph.D., M.B.A., Associate Professor of Ophthalmology at UTSW.

Tens of millions of people have POAG around the globe. Because this disease has few symptoms in its earliest stages, Dr. Kooner explained, patients are frequently diagnosed in its later stages when vision has already been permanently damaged. Although researchers have identified several risk factors for POAG – including Type 2 diabetes, hypertension, migraines, and obstructive sleep apnea – how they might influence the onset of POAG is not well understood.

To answer this question, Dr. Kooner and his colleagues collected data from the medical records of 389 POAG patients, all seen by Dr. Kooner between June 2019 and December 2019 at the UTSW Eye Clinic. Using statistical modeling, the researchers found no connection between migraines and/or obstructive sleep apnea and the age of POAG onset. However, the researchers found that the age of Type 2 diabetes and/or hypertension diagnosis was significantly linked with the onset of POAG – the earlier patients presented with either or both of these conditions, the earlier they tended to develop POAG.

Dr. Kooner noted that both Type 2 diabetes and hypertension are diseases that affect blood vessels of both the optic nerve and retina, thus potentially causing changes that predispose patients to POAG, another condition with a vascular root. If these connections hold up in future research, he said, Type 2 diabetes and hypertension could be added to the list of factors that can trigger POAG screening – including a family history of POAG, elevated intraocular pressure, and Black race – and lead to earlier diagnosis of POAG, preserving patients’ vision and quality of life.

This research was funded by grants from Research to Prevent Blindness, the National Institutes of Health (P30 EY030413, UL1TR001105), and the UT Southwestern Medical Student Research Program. 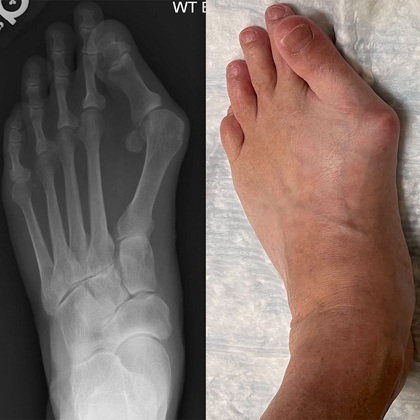