DALLAS – Oct. 5, 2021 – Lu Sun, Ph.D., Assistant Professor of Molecular Biology at UT Southwestern, has been awarded $1.5 million from the National Institutes of Health (NIH) to study interactions between neurons and glial cells in the brain, which could provide insight into the causes of neurological disorders. 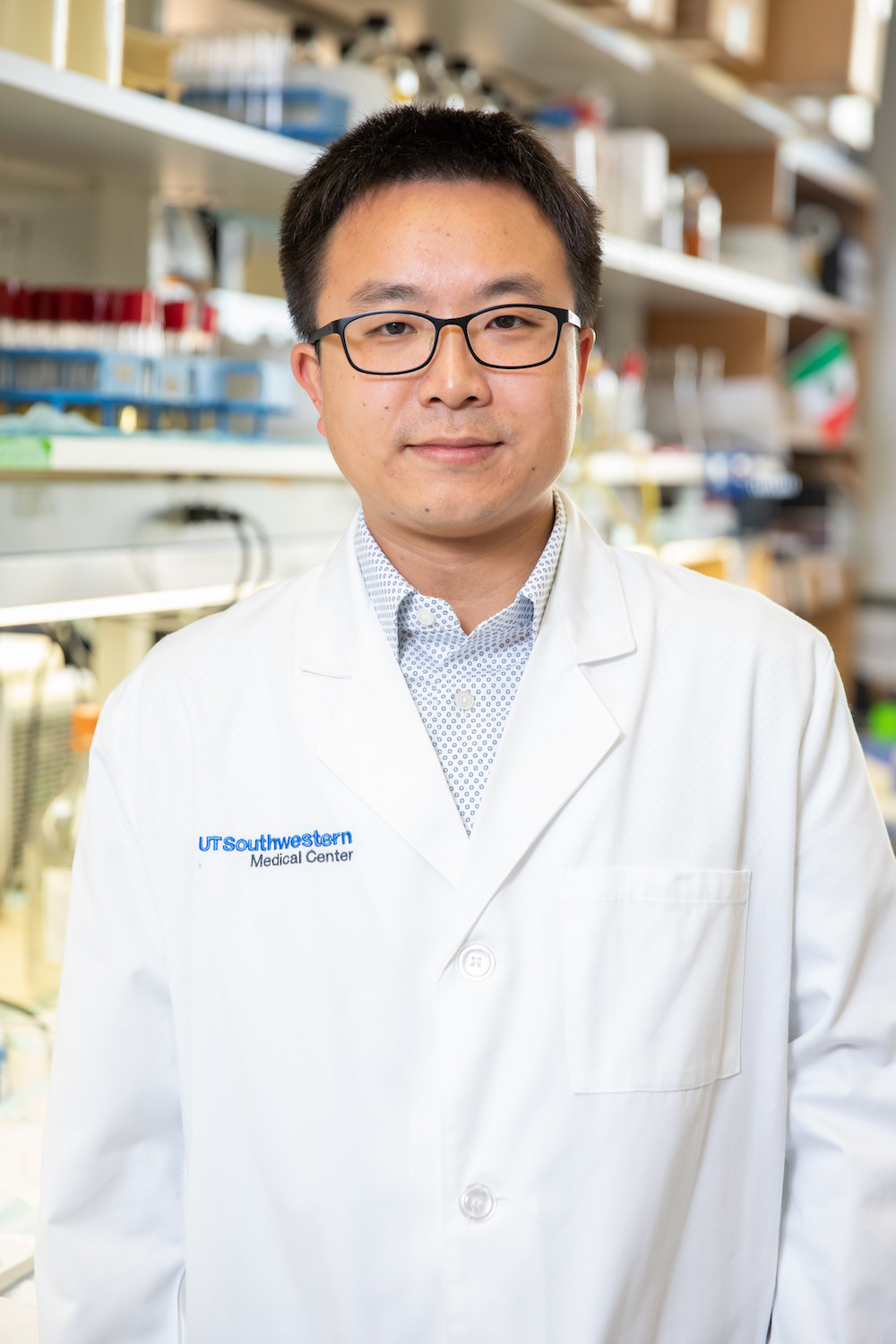 The New Innovator Award is part of nearly $9 million in highly competitive NIH Director’s Awards received by UT Southwestern researchers today from the NIH Common Fund’s High-Risk, High-Reward Program, which supports scientists pursuing highly innovative research with the potential to have a broad impact on biomedical, behavioral, or social sciences.

“People often think of the nervous system as a whole bunch of neurons talking to each other, but the more we learn about glia, the more we see their important roles in keeping the brain healthy or triggering diseases such as Alzheimer’s, autism spectrum disorder, or multiple sclerosis,” explained Dr. Sun, an Investigator in the Peter O’Donnell Jr. Brain Institute. “To really understand how the nervous system operates in health and disease, we need a good understanding of these supporting cells.”

Although numerous studies have scrutinized the inner workings of either neurons or glia, Dr. Sun said, little is known about the molecular mechanisms these cells use to communicate with each other. His New Innovator project continues ongoing work in his lab focused on teasing out these interactions, concentrating on a subset of glia called oligodendrocytes. These cells are the sole producers of myelin, the fatty sheaths that cover the extensions of neurons called axons and provide insulation for the electrical signals that travel down axons and trigger the release of messages that neurons send to each other and other types of cells.