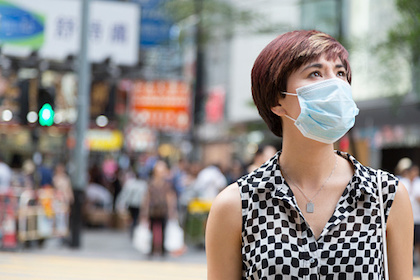 DALLAS – Sept. 3, 2019 – Researchers may finally have an answer in the long-running controversy over whether the common surgical mask is as effective as more expensive respirator-type masks in protecting health care workers from flu and other respiratory viruses.

A study published today in JAMA compared the ubiquitous surgical (or medical) mask, which costs about a dime, to a less commonly used respirator called an N95, which costs around $1. The study reported “no significant difference in the effectiveness” of medical masks vs. N95 respirators for prevention of influenza or other viral respiratory illness.

“This study showed there is no difference in incidence of viral respiratory transmission among health care workers wearing the two types of protection,” said Dr. Trish Perl, Chief of UT Southwestern’s Division of Infectious Diseases and Geographic Medicine and the report’s senior author. “This finding is important from a public policy standpoint because it informs about what should be recommended and what kind of protective apparel should be kept available for outbreaks.”

Medical personnel – in particular nurses, doctors, and others with direct patient contact – are at risk when treating patients with contagious diseases such as influenza (flu). A large study conducted in a New York hospital system after the 2009 outbreak of H1N1, or swine flu, found almost 30 percent of health care workers in emergency departments contracted the disease themselves, Dr. Perl said.

During that pandemic, the U.S. Centers for Disease Control and Prevention (CDC) recommended using the tighter-fitting N95 respirators, designed to fit closely over the nose and mouth and filter at least 95 percent of airborne particles, rather than the looser-fitting surgical masks routinely worn by health care workers, Dr. Perl said. But some facilities had trouble replenishing N95s as supplies were used.

In addition, there are concerns health care workers might be less vigilant about wearing the N95 respirators since many perceive them to be less comfortable than medical masks, such as making it harder to breathe and being warmer on the wearer’s face.

The new study was performed at multiple medical settings in seven cities around the country, including Houston, Denver, Washington, and New York, by researchers at the University of Texas, the CDC, Johns Hopkins University, the University of Colorado, Children’s Hospital Colorado, the University of Massachusetts, the University of Florida, and several Department of Veterans Affairs hospitals. Researchers collected data during four flu seasons between 2011 and 2015, examining the incidence of flu and acute respiratory illnesses in the almost 2,400 health care workers who completed the study.

The project was funded by the CDC, the Veterans Health Administration, and the Biomedical Advanced Research and Development Authority (BARDA), which is part of the U.S. Health and Human Services Department and was founded in the years after Sept. 11, 2001, to help secure the nation against biological and other threats. 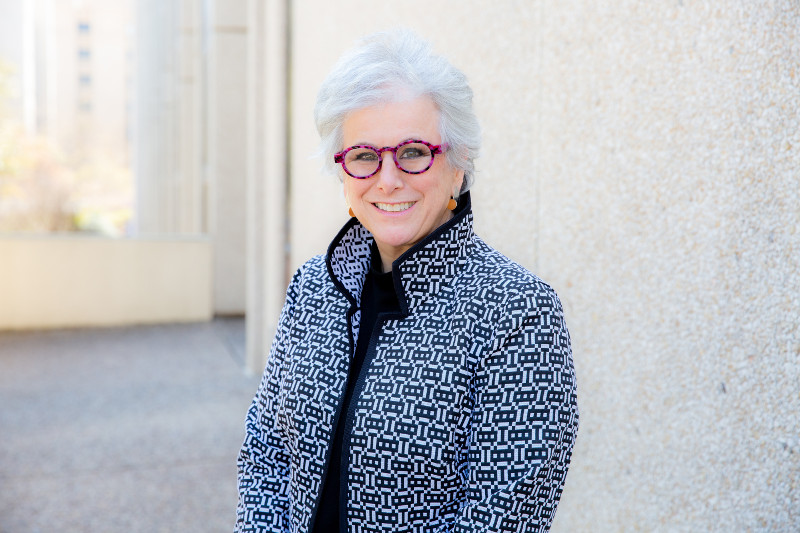 “It was a huge and important study – the largest ever done on this issue in North America,” Dr. Perl said.

In the end, 207 laboratory-confirmed influenza infections occurred in the N95 groups versus 193 among medical mask wearers, according to the report. In addition, there were 2,734 cases of influenza-like symptoms, laboratory-confirmed respiratory illnesses, and acute or laboratory-detected respiratory infections (where the worker may not have felt ill) in the N95 groups, compared with 3,039 such events among medical mask wearers.

“The takeaway is that this study shows one type of protective equipment is not superior to the other,” she said. “Facilities have several options to provide protection to their staff – which include surgical masks – and can feel that staff are protected from seasonal influenza. Our study supports that in the outpatient setting there was no difference between the tested protections.”

Dr. Perl said she expects more studies to arise from the data collected in this report; she now plans to investigate the dynamics of virus transmission to better understand how respiratory viruses are spread.