On March 4, 2019, actor Luke Perry died of a stroke at age 52. The death of the 1990s “Beverly Hills, 90210” heartthrob shocked fans because of his relatively young age. However, up to 15 percent of strokes occur in patients under age 60, which underscores the need for people of all ages to be able to recognize the signs of stroke. 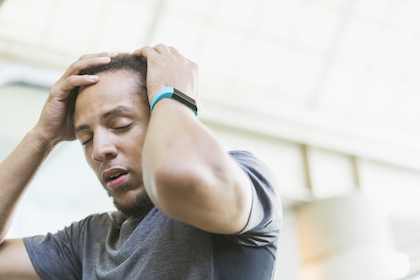 Strokes are caused by sudden blockage of arteries to the brain, and they are often related to diseases such as atherosclerosis (cholesterol buildup) which worsen with age. Therefore, when a young, seemingly healthy person has a stroke, it is natural to wonder what might have caused this. One thought is to assume substance abuse is to blame. For example, a similar situation occurred in 2005 when former New England Patriots linebacker Tedy Bruschi suffered a massive stroke just days after his team won the Super Bowl. Stroke experts around the country speculated that, due to Bruschi’s age and generally good health, he must have taken drugs while celebrating the win, causing the stroke.

However, that assumption was false. Bruschi was found to have a patent foramen ovale, or a tiny hole in the heart that never closed at birth. A blood clot had slipped through the hole and traveled to his brain, causing the stroke.

While the cause of Luke Perry’s stroke has yet to be revealed at the time of this writing, there are many potential causes. Strokes occur most often in people with known risk factors, which can include:

In young adults, rare causes of stroke might include rupture or blockage of abnormal arteries in the brain, recent neck injury, unexpected heart abnormalities, or disorders of blood clotting.

Why everyone should know the symptoms of stroke

Recognizing stroke symptoms is important at any age. If it doesn’t happen to you, it could happen to a friend, a neighbor, your partner, or even your child. The challenge is that it is more difficult for friends and family to recognize stroke symptoms in younger people because stroke is not top of mind. Stroke is often thought of as strictly an “older person’s disease,” and that misconception can result in delayed or inadequate treatment.

Stroke symptoms come on suddenly, not gradually, and symptoms are the same for people of any age. If you notice these sudden-onset symptoms in yourself or someone else of any age, call 911 and get to the doctor immediately to be evaluated for stroke: 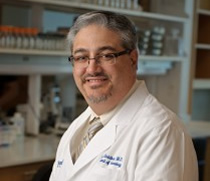 Don’t wait to seek care or wait for symptoms to improve. Remember, “time is brain” when it comes to stroke evaluation and treatment. UT Southwestern is a Level III Comprehensive Stroke Center, which means we have expert stroke doctors on call at all times.

We also can offer the latest, most effective treatments for strokes, including medical “clot-busting” therapies to clear the blocked artery that is causing an ischemic stroke. Additionally, we can perform surgery for hemorrhagic strokes (caused by bleeding on the brain), as well as thrombectomy, an advanced clot removal procedure that can reduce brain damage in certain patients with ischemic strokes if they arrive at the hospital in time.

While it is tragic to see a person as young as Luke Perry suffer a stroke, it is not entirely uncommon. The best way to reduce the risk of stroke is to be aware of and manage your personal health risk factors. Stroke can be arbitrary, but in many cases people have the power to proactively reduce their risk.

If you or a loved one has risk factors for stroke, be proactive. Connect with a stroke doctor to find out how you can reduce your risk. Call 214-645-8300 or request an appointment online.