DALLAS – Feb. 27, 2019 – UT Southwestern Medical Center scientists for the first time have calculated and mapped life expectancy by gender and race/ethnicity down to the ZIP code and county levels in Texas.

Highlights from the study:

“We knew that where you live is predictive of health, but the degree of variation that we observed in this study was really striking, down to the ZIP code level,” said Dr. Sandi Pruitt, lead investigator of the new study and Assistant Professor in the Department of Population and Data Sciences at UT Southwestern. 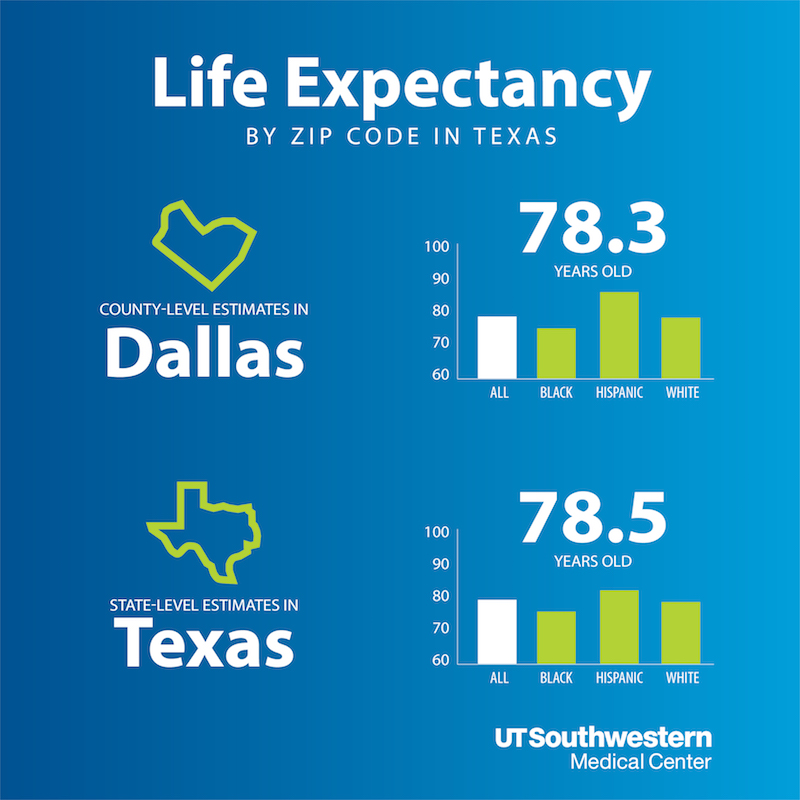 Overall, life expectancy in Texas varied as much as 30 years between ZIP codes.

Overall life average expectancy for women is 81.1 years compared with 75.9 for men. Life expectancy is 81.2 years for Hispanics, 78.1 years for whites, and 75.3 years for blacks.

“This study sheds important new light on the issue of health disparities,” said Dr. David Lakey, Vice Chancellor for Health Affairs for The University of Texas System. “Overall disparities by gender or racial groups are significant, but to truly impact health we need to understand where the disparities are most severe, and to recognize that there is immense geographic variation even within groups.”

Average life expectancy across gender and racial groups include:

The online maps illustrate the variation in life expectancy occurring across geographic areas: 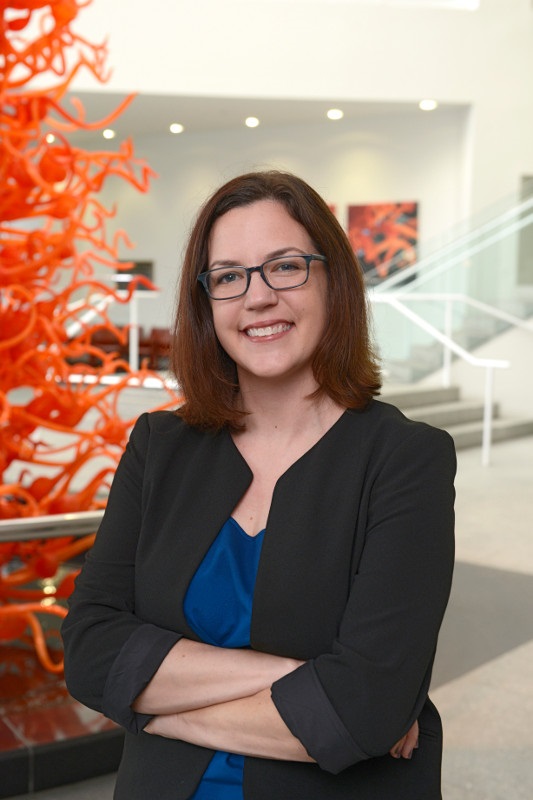 Dr. Sandi Pruitt, Assistant Professor of Population and Data Sciences at UT Southwestern, and colleagues for the first time have calculated and mapped life expectancy by gender and race/ethnicity down to the ZIP code and county levels in Texas.

A variety of groups may find the data mining capabilities valuable, including social services, government agencies, nonprofits, and even homeowners. The researchers examined 1.6 million death records to compile the database, focusing on the state’s three largest racial groups: non-Hispanic (NH) whites, blacks (regardless of ethnicity), and Hispanics. The database includes information on 992 ZIP codes in Texas.