Knowledge from gypsy moth genome could aid fight against deforestation, give insights into immunity 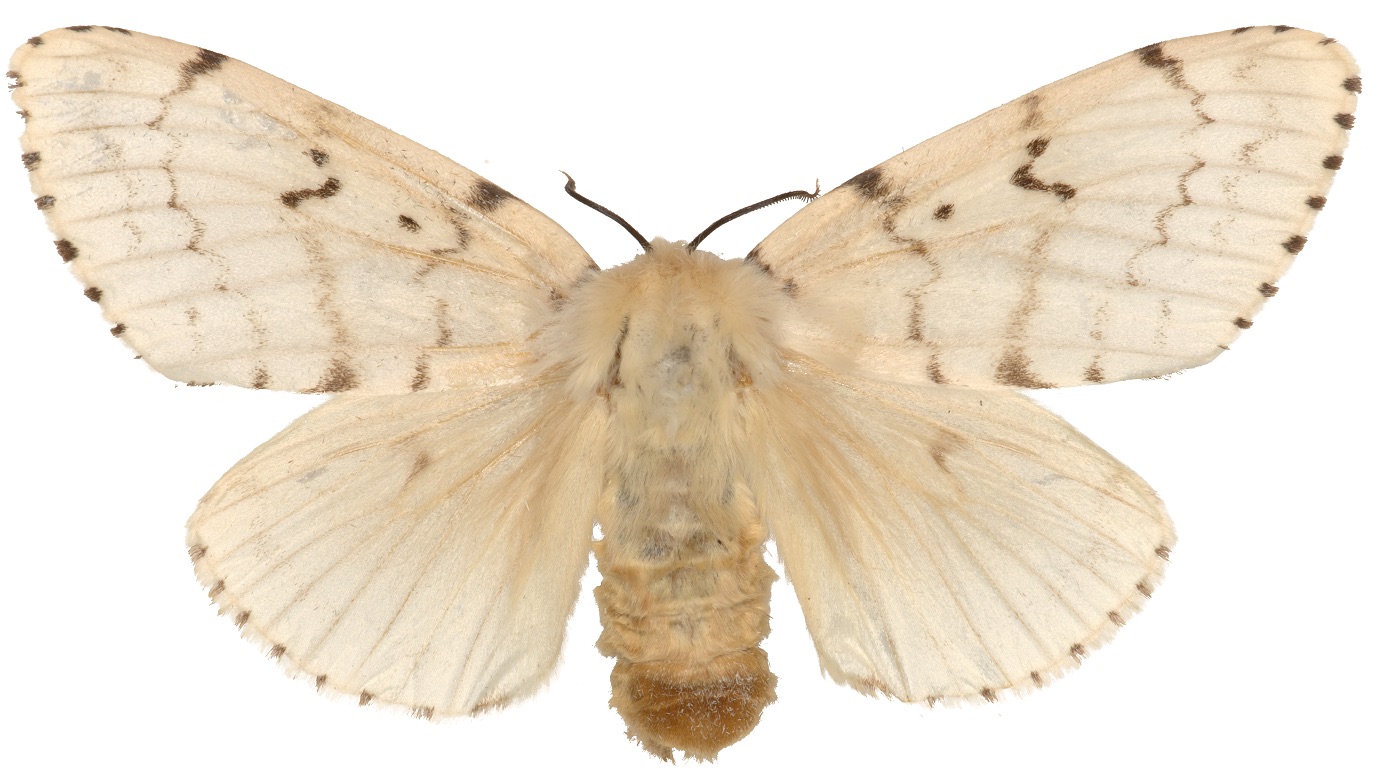 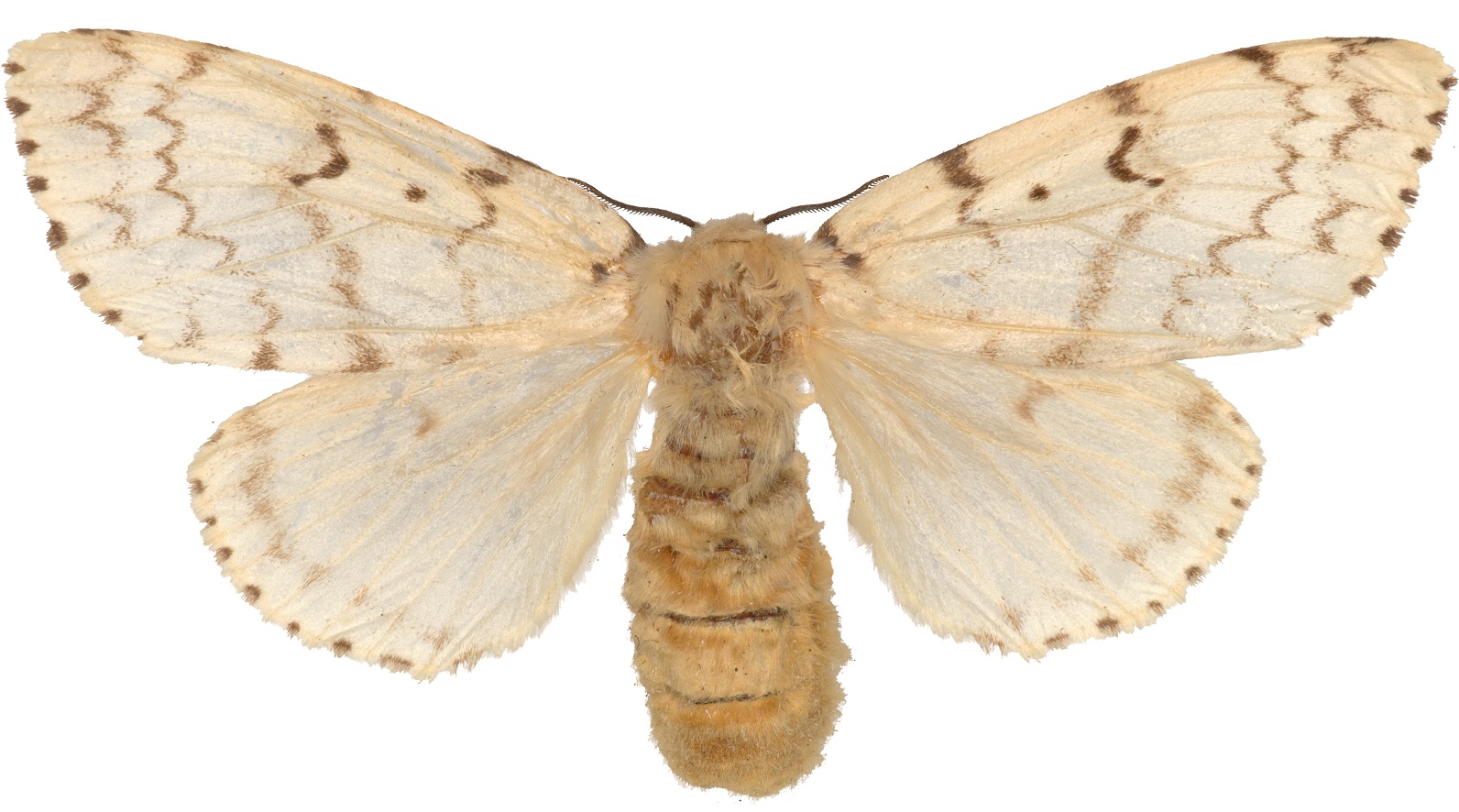 DALLAS – Jan. 14, 2019 – The European gypsy moth (EGM) is perhaps the country’s most famous invasive insect – a nonnative species accidentally introduced to North America in the 1860s when a few escaped from a breeding experiment in suburban Boston. The caterpillars have been slowly eating their way across the continent ever since, causing widespread defoliation.

In research that could lead to better bioinsecticides to protect forests and orchards, Drs. Don Gammon and Nick Grishin of UT Southwestern have sequenced the genomes of the EGM and its even more destructive cousin, the Asian gypsy moth (AGM). Their work, published in the Proceedings of the National Academy of Sciences, finds that the gypsy moth has the largest moth or butterfly genome (number of DNA base pairs) ever sequenced.

“The European gypsy moth has spread as far west as Minnesota and as far south as North Carolina. The rather slow spread – about 13 miles a year – is partly due to the fact that EGM females are flightless and must walk or be blown by the wind to disperse,” said Dr. Gammon, Assistant Professor of Microbiology and a W.W. Caruth, Jr. Scholar in Biomedical Research. “In contrast, females of the Asian gypsy moth subspecies, which inhabits Asia and eastern Russia, have larger, more developed wings and can fly.”

If the Asian gypsy moth were to become established in the United States, it would pose an even greater economic threat due to its ability to spread more swiftly, he added. To guard against that possibility, the U.S. Department of Agriculture has surveillance programs at several ports and regularly sprays virus-based bioinsecticides in endangered forests to kill gypsy moth caterpillars.

In addition to genome sequencing, the researchers conducted gene expression studies showing how the moths’ genes respond to viral infection to understand how viral bioinsecticides might be improved to control gypsy moth populations. Their findings could serve as a roadmap to the insects’ vulnerabilities, the researchers said. They also identified genetic differences between the EGM and AGM subspecies that likely contribute to variations in flight ability, chemical sensing, and pathogen interactions.

Dr. Gammon became interested in gypsy moths during his postdoctoral work in the laboratory of Nobel Laureate Dr. Craig Mello at the University of Massachusetts Medical School.

In a 2014 study in the journal eLife, Dr. Gammon reported that gypsy moth cells are strikingly resistant to arboviruses that otherwise infect a wide range of fly, mosquito, and human cell types. Given the emerging threat of arboviruses such as Zika to human health, Dr. Gammon sought to understand the genetic reasons for gypsy moth cells’ resistance with the hope of uncovering novel strategies to block arbovirus infection in other species. 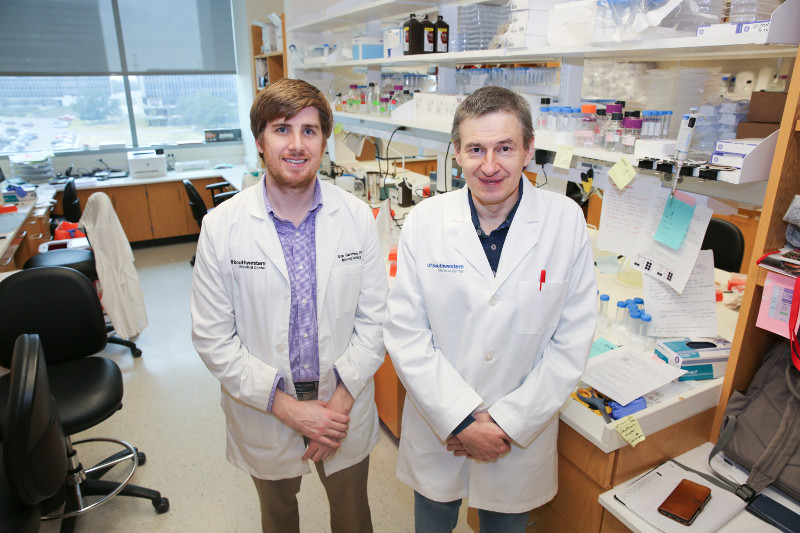 However, the gypsy moth genome had not been sequenced, a clear prerequisite for identifying moth-encoded antiviral factors. Shortly after being offered a faculty position at UT Southwestern in 2016, Dr. Gammon asked Dr. Grishin, Professor of Biophysics and Biochemistry and a Howard Hughes Medical Institute (HHMI) Investigator, if they could collaborate. At the time, Dr. Grishin’s group had just identified two new butterfly species and was sequencing the genomes of several others.

That collaboration led to today’s study, done with Kyoto Prize winner Dr. Daniel Janzen, a Professor of Biology at the University of Pennsylvania who is world-renowned for his expertise in evolutionary ecology. The Kyoto Prize is considered Japan’s highest private honor for global achievement in the winner’s field.

“Everyone in the Northeastern United States knows the European gypsy moth, or is at least familiar with the devastation its voraciously hungry caterpillar can cause to forests,” Dr. Gammon said.

Next steps should include functional studies to understand how the genes work, the researchers said.

“From a theoretical perspective, we would like to understand how biological diversity is generated via mechanisms of protein evolution,” said Dr. Grishin, who holds the Cecil H. and Ida M. Green Chair in Biomedical Science and is a Virginia Murchison Linthicum Scholar in Biomedical Research.

The research received support from UT Southwestern’s Endowed Scholars Program, the National Institutes of Health, The Welch Foundation, and the HHMI.

Étienne Léopold Trouvelot – an amateur butterfly and moth scientist – brought the EGMs from his native France to his home in Medford, Massachusetts, in the mid-1860s.

His goal was to crossbreed EGMs with the more delicate silkworm moths to produce a hardier silk producer that would inherit the EGM caterpillar trait of eating a broad range of plants.

According to the Smithsonian Institution’s gypsy moth page, at one time the amateur naturalist had more than a million larvae growing behind his house near what is now downtown Boston. In the late 1860s, some of the EGMs escaped and began feasting on the nearby woods. Since then, the EGM caterpillars have become major forest and orchard pests, defoliating millions of acres.