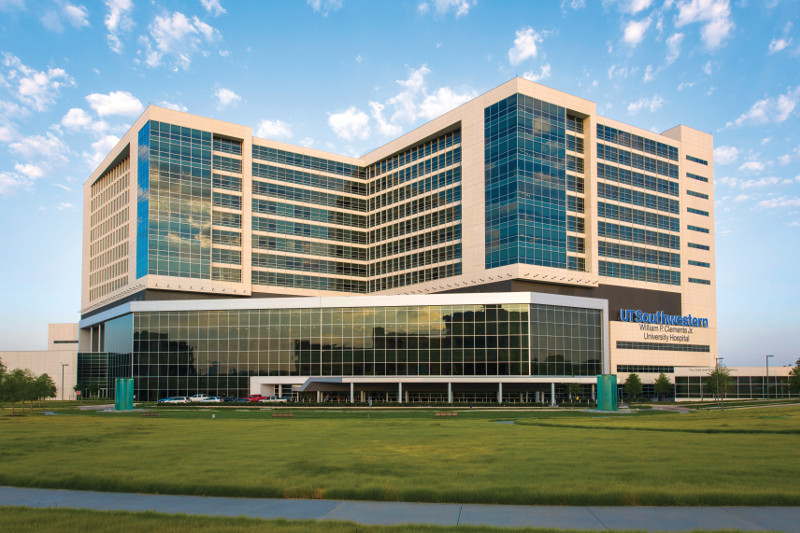 Named the #1 hospital in the DFW area by U.S. News & World Report for the fourth consecutive year, Clements University Hospital is the newest facility on the UT Southwestern Dallas campus. Residents treat patients with complicated surgical issues using cutting-edge resources in an outstanding facility that sees some of the most complex cases in Texas.

Children’s is the eighth-largest pediatric health care provider in the country. Residents have the opportunity to train and operate with brilliant pediatric surgeons.

VA North Texas is the second-largest VA system in the country. We are honored to provide wonderful surgical care to those who serve our country.

As a Level 1 Trauma and Burn Center, Parkland represents the pinnacle of resident autonomy, with an unmatched breadth of training.

All categorical surgical residents rotate through virtually every area of the Department of Surgery: burn trauma, surgical oncology, surgical transplant, general surgery, pediatric surgery, and vascular surgery. Our goal is to expose the trainee to a large number of patients with a vast array of surgical diseases. In the first year, the primary emphasis is on pre- and postoperative care of patients with elective surgical problems.

During the second year of training, there is an increased emphasis on the care of critically ill patients. Second-year rotations include experience in general surgery, burn surgery, trauma surgery, cardiothoracic surgery, surgical intensive care, and vascular surgery.

Rotations focus entirely on the general surgery, intensive care, trauma, and vascular services. This is the major operating year for the surgical residents. The third-year resident is in charge of the service throughout the rotation, making the final disposition of patients and performing the majority of the operations under the supervision of the fifth-year resident and faculty surgeon on the service.

The structure of the third year is one of the unique features of our surgical training program as the experience gained prepares a resident to receive optimal benefit from the fourth- and fifth-year rotations.

Each resident also spends four weeks on a special rotation in San Angelo, Texas. This highly popular experience immerses the resident into a more extensive private practice environment with experienced general surgeons. Each resident performs between 60 and 80 major cases during this rotation, including major vascular operations, noncardiac thoracic procedures, and other complex general surgery operations.

Fifth-year residents rotate on general surgery and trauma services with administrative as well as clinical duties. The resident is an integral part of the surgical team and has significant teaching responsibilities of the  junior house staff members and medical students. The fifth-year resident performs the more intricate surgical procedures such as liver resection, advanced laparoscopic procedures, and pancreaticoduodenectomies.

By the end of the fifth year, the chief resident has performed approximately 1,000 major operations and is eligible to sit for the American Board of Surgery Qualifying Examination.

Progression from the PGY-1 to the PGY-5 level involves a graded increase in responsibility at each resident level commensurate with the resident's skills and abilities. Full-time faculty surgeons who have wide interests and well-honed teaching skills cover each of the surgical services.

Connect with the Department of Surgery

Connect with the Residents