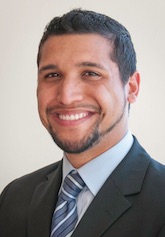 The goal of the Administrative Chief Resident is to be an established liaison between the plastic surgery house staff, the Residency Coordinator, and the Program Director for the academic year and to ensure that a constant standard for resident calls and work hours is maintained for the year.

Members of the Resident Council are peer-elected and serve as a representative of their class. Members develop the agenda to meet with the Program Director quarterly to discuss the Residency Program and give input/suggestions for improvement and clarification.