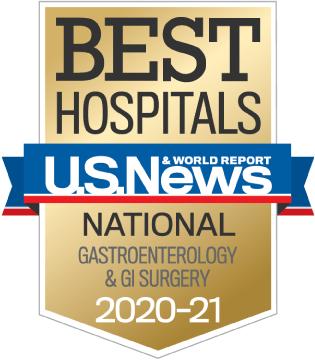 The Division is one of the top academic gastroenterology and hepatology units in the Country. As with other Divisions in the Department of Internal Medicine, its core missions include excellence in patient care, promoting education, and advancing our understanding and treatment of digestive and liver diseases through research.

Our faculty provides ambulatory care to patients with digestive or liver disorders in a number of settings. These include the Digestive and Liver Diseases Clinic, as well as multidisciplinary programs for Liver Transplantation and the treatment of Pancreatic disorders. Diagnostic and therapeutic endoscopic procedures are performed at the Outpatient Surgery Center and the Endoscopy Unit at William P. Clements Jr. University Hospital. In addition to the care of patients in the ambulatory setting, the faculty provides consultative and diagnostic services to patients cared for at William P. Clements Jr. University Hospital and Zale Lipshy Pavilion—William P. Clements Jr. University Hospital. The faculty also provide for the care of patients at our partner institutions, Parkland Health & Hospital System, and the Dallas Veterans Affairs Medical Center.

The Division is involved in medical education along the continuum that begins in medical school and continues after subspecialty training. Faculty members of the Division play a key role in a variety of courses at the medical school level and during residency training in Internal Medicine. Most importantly, the Division supports a robust fellowship program integrated among several key clinical sites, which also includes a research track supported by an NIH T32 training grant. Many gastroenterologists and hepatologists in practice in Texas are alumni of the Division’s clinical fellowship program. Finally, the Division organizes a number of CME programs open to our colleagues and alumni in the local community and beyond.

The history of the Division begins in 1957 with the recruitment of Burton Combes, M.D., to the Department of Internal Medicine. Dr. Combes would form the Liver unit which he led for many years. In 1962, John Fordtran, M.D., joined the Department as its first gastroenterologist and the founding member of the Gastroenterology Division, which he led until 1979. John Dietschy, M.D., soon joined him in 1962 and he would lead the Division from 1979 to 1998. Prominent alumni of the Division include Raymond Burk, M.D., Steven Schenker, M.D., Eugene Schiff, M.D., Mark Feldman, M.D., Raj Goyal, M.D., and Guenter Krejs, M.D. Moreover, Michael Brown, M.D., co-recipient of the 1985 Nobel Prize in Physiology or Medicine, was trained in clinical gastroenterology at our program. Dr. Brown was a research fellow with Dr. Dietschy and performed the first endoscopies at UT Southwestern in the early 1970s. Joseph Goldstein, M.D., co-recipient with Dr. Brown of the 1985 Nobel Prize in Physiology or Medicine, was introduced to scholarly research as a summer student with Dr. Combes. The Division of Digestive and Liver Diseases was formed in 1998 by the merger of the Gastroenterology Division and the Liver Unit, and has been led by John Dietschy, M.D. (1998-2002), Dwain Thiele, M.D. (2002-2005), Don Rockey, M.D. (2005–2012), Jay Horton, M.D. (2012-2016), and Ezra Burstein, M.D., Ph.D. , (2016-present).