Finding could lead to new treatments for diseases marked by uncontrolled cellular stress including cancer, metabolic syndrome, and neurodegenerative disorders

After recovering from pancreatitis, mice lacking Fic are more likely to develop scarring in the pancreas.

DALLAS – Sept. 27, 2022 – An enzyme called Fic, whose biochemical role was discovered at UT Southwestern more than a dozen years ago, appears to play a crucial part in guiding the cellular response to stress, a new study suggests. The findings, published in PNAS, could eventually lead to new treatments for a variety of diseases. 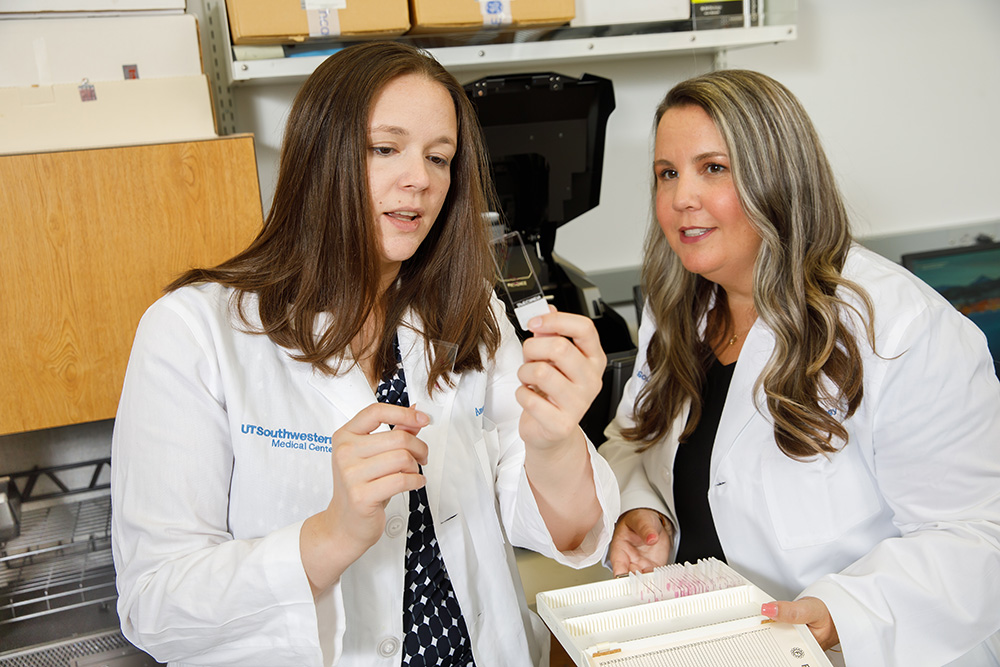 “We think that Fic acts like a thermostat that adjusts a cell’s response to stressors. If we could gain control of that thermostat and set it how we want in different tissues, we might someday be able to slow or even stop progression of some diseases,” said Amanda Casey, Ph.D., Assistant Professor of Molecular Biology and former postdoctoral fellow in the Orth lab at UTSW. Dr. Casey co-led this study with Kim Orth, Ph.D., Professor of Molecular Biology and a Howard Hughes Medical Institute Investigator.

Originally discovered in the Vibrio parahaemolyticus bacteria known to cause food poisoning, Fic has been a longtime focus of the Orth lab. In 2009, Dr. Orth and her colleagues published the first paper showing that Fic is involved in a process called AMPylation, in which this enzyme facilitates transfer of a phosphate and adenosine group to other proteins, changing their activity. The researchers soon discovered that animals ranging from worms to humans also have a Fic enzyme. 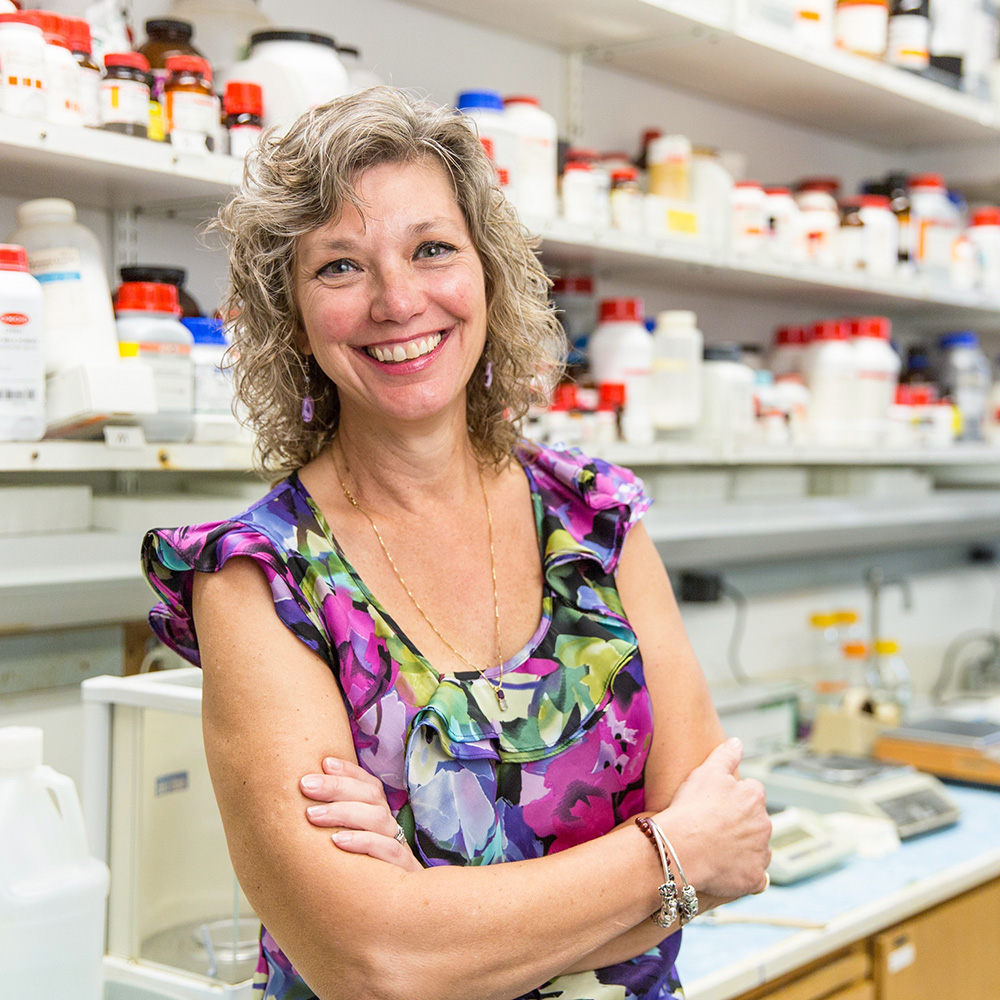 Research in fruit flies suggested that Fic appeared to be important for stress resilience and recovery. A paper published in 2018 by Dr. Orth and Dr. Helmut Krämer, Ph.D., Professor of Neuroscience and Cell Biology at UTSW, and colleagues showed that flies constantly exposed to bright light, which damages their eyes, suffered permanent harm if their Fic gene was deleted through genetic engineering. However, the role of this enzyme in mammals was unclear.

To answer this question, the researchers engineered a mouse model without a Fic gene. These animals were initially indistinguishable from littermates with Fic and appeared healthy. However, when the researchers fasted the animals for 14 hours and then allowed them to eat as much as they wanted for two hours – a stressor for the pancreas, which controls blood sugar and produces key digestive enzymes – blood work on the Fic-deficient animals showed a much higher stress response than the animals with Fic. Further investigation showed that a molecular pathway called the unfolded protein response (UPR) – which becomes activated when stressed cells can’t keep up with folding newly generated proteins – was more strongly activated in the Fic-deficient animals.

The researchers made similar findings when the mouse models were dosed with a drug called caerulein, which acts on the pancreas to force an increased output of digestive enzymes. Although animals with Fic and those without developed pancreatitis, those without this enzyme had significantly worse disease, accompanied by a significantly stronger UPR.

Interestingly, although animals with Fic had a quick recovery, those without Fic developed permanent scarring in their pancreas – a sign of significantly lower resilience to stress, Dr. Casey said.

“If we can determine how the ‘stress thermostat’ is set, we could adjust it up or down in various diseases where stress response is a factor,” she said.

This research was funded by grants from The Welch Foundation (I-1561), the Once Upon a Time Foundation, the National Institutes of Health (R35 GM130305 and EY10199), and a Life Sciences Research Foundation Fellowship.

Dr. Orth holds the Earl A. Forsythe Chair in Biomedical Science and is a W.W. Caruth, Jr. Scholar in Biomedical Research. She is a member of the Harold C. Simmons Comprehensive Cancer Center.