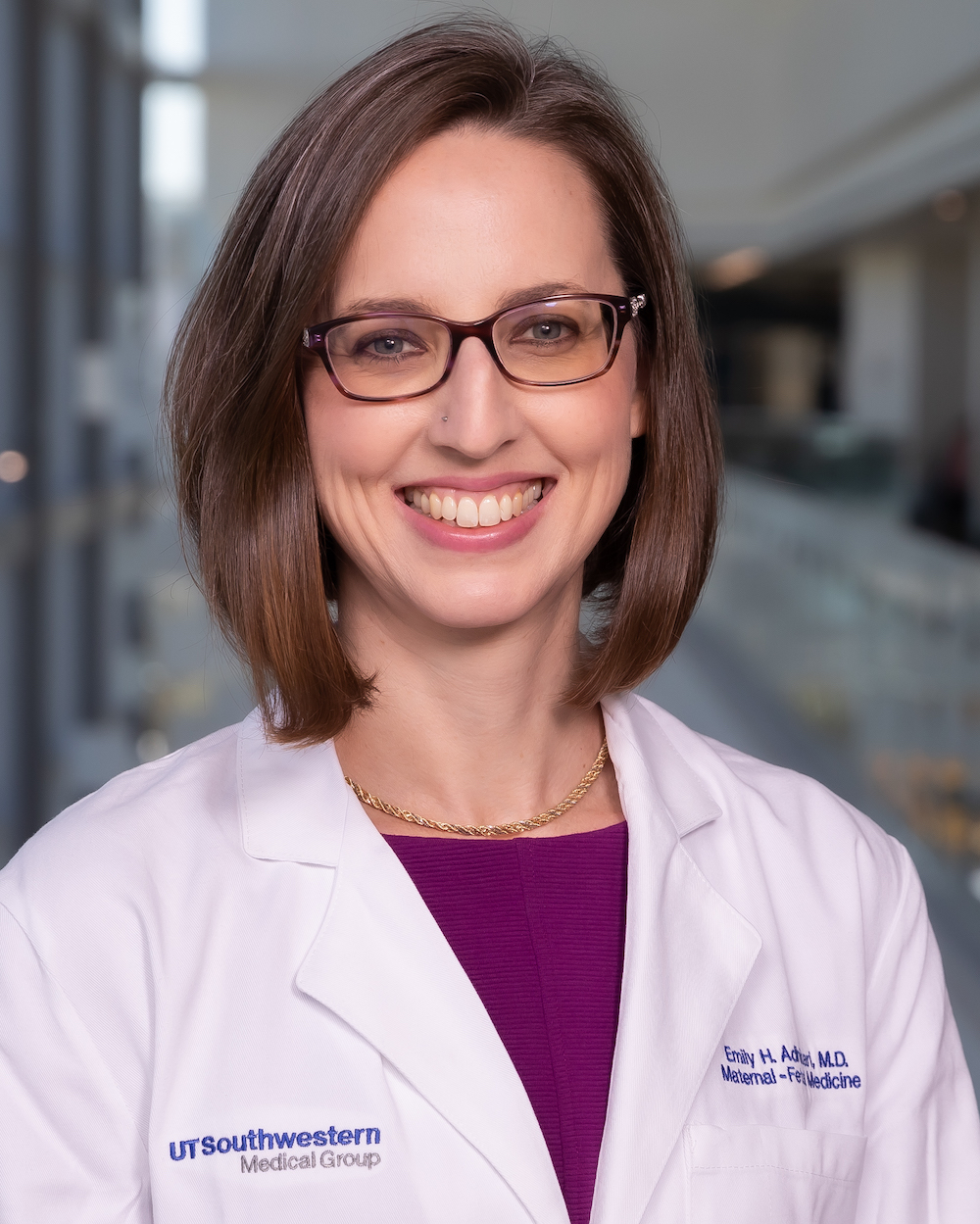 DALLAS – April 25, 2022 – Women who were pregnant during the recent Omicron surge were diagnosed with COVID-19 at a much higher rate than during previous phases of the pandemic, but were less likely to develop severe illness, a study by UT Southwestern and Parkland Health scientists found. The research, reported in JAMA, is the first published evidence documenting how the boom in COVID-19 cases late last year and early this year impacted the health of pregnant women.

“Obstetrics never stopped during the pandemic. Women are still having babies and coming in for their prenatal care,” said study leader Emily Adhikari, M.D., Assistant Professor and Maternal-Fetal Medicine specialist at UTSW and Medical Director of Perinatal Infectious Diseases at Parkland Health. “It’s important to understand how this virus behaves in the population we serve.”

Dr. Adhikari explained that respiratory infections, including COVID-19, are as infectious to pregnant women as they are in the general population. However, their effects can be far more severe due to the physiologic changes that occur in pregnancy: While a woman’s lung capacity decreases about 20-30% during later pregnancy, oxygen consumption increases significantly as the fetus grows.

Although previous research, including a study at UTSW, had shown that hospitalizations of pregnant women increased during the Delta wave of COVID-19, no research had yet quantified severity of the Omicron variant in this population.

Toward this end, Dr. Adhikari, along with colleagues in Women and Infants Specialty Health at Parkland and in the Departments of Pathology and Pediatrics at UT Southwestern, gathered data from patients who received prenatal care at Parkland Health, the Dallas County system encompassing a centralized acute care hospital and 10 community-based prenatal clinics. The researchers collected information on positive cases and whether their illness was severe – meaning the patient required supplemental oxygen or higher-level support such as high-flow nasal cannula, mechanical ventilation, or extracorporeal membrane oxygenation (a type of life support that temporarily replaces heart and lung function) – spanning May 17, 2020 to Jan. 29, 2022.

Dr. Adhikari and her colleagues found that 2,641 positive cases were diagnosed during this time period, which covered a pre-Delta phase, the Delta surge, and the Omicron surge. Their analysis showed that during the Delta surge, the case rate was three times higher than during the pre-Delta period. The case rate during the Omicron surge was 10 times higher than the pre-Delta period. However, while Delta cases were about three times more severe than pre-Delta cases, Omicron cases were about 80% less severe, Dr. Adhikari said.

She noted that although vaccination might have played a role in decreasing the severity of illness, this variable was accounted for, suggesting that differences may be due to other factors, such as the behavior of the particular SARS-CoV-2 variant or immunity from prior infection. Because the future of the pandemic remains uncertain, Dr. Adhikari added, vaccination will be key to helping pregnant women stay healthy if the next variant causes more severe illness.

“We’re very lucky that although Omicron caused more cases than Delta, it was a less severe variant. If the same portion of positive patients had ended up on oxygen or ventilators, we would have been overwhelmed,” Dr. Adhikari said. “We have no control over the nature of the next variant, but pregnant women do have control over whether to receive the COVID-19 vaccine, which has been proven to help prevent severe illness and spread.”

Other researchers who contributed to this study include Jeffrey A. SoRelle, Jessica Morse, Jessica Pruszynski, and Catherine Y. Spong, all of UT Southwestern; and Lorre MacDonald of Parkland Health.

Dr. SoRelle is the inventor of the genotyping PCR tests for variants and is entitled to income from their use.