DALLAS – April 27, 2021 – Researchers with the Peter O’Donnell Jr. Brain Institute at UT Southwestern have identified a new protein implicated in cell death that provides a potential therapeutic target that could prevent or delay the progress of neurodegenerative diseases following a stroke. 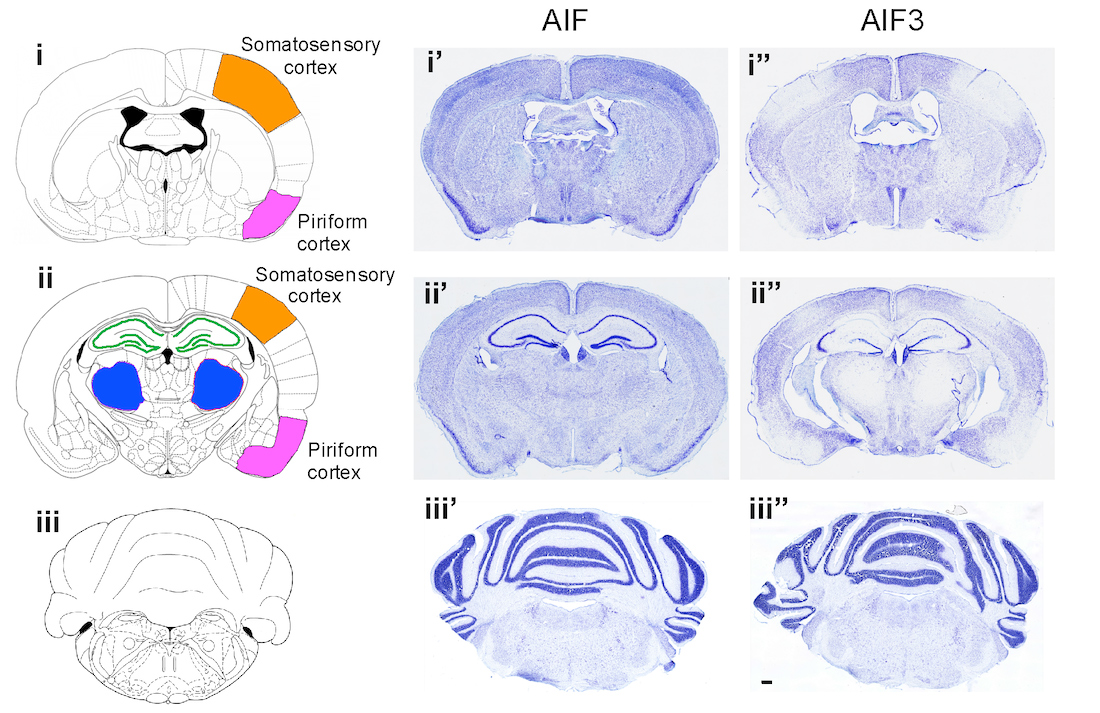 AIF3 splicing triggers neurodegeneration and neuron loss in a mouse brain, shown in the cortex (orange and pink), hippocampus (green), and thalamus (blue).

Scientists from the departments of pathology, neurology, biochemistry, and pharmacology at UTSW have identified and named AIF3, an alternate form of the apoptosis-inducing factor (AIF), a protein that is critical for maintaining normal mitochondrial function. Once released from mitochondria, AIF triggers processes that induce a type of programmed cell death.

In a study published in the journal Molecular Neurodegeneration, the UT Southwestern team collaborated with researchers at The Johns Hopkins University School of Medicine and found that, following a stroke, the brain switches from producing AIF to producing AIF3. They also reported that stroke triggers a process known as alternative splicing, in which a portion of the instructions encoding AIF is removed, resulting in the production of AIF3. Defective splicing can cause disease, but modifying the splicing process may offer potential for new therapies.

In both human brain tissue and mouse models developed by researchers, AIF3 levels were elevated after a stroke. In mice, the stroke-induced production of AIF3 led to severe progressive neurodegeneration, hinting at a potential mechanism for a severe side effect of stroke observed in some patients. Stroke has been recognized as the second most common cause of dementia, and it is estimated that 10 percent of stroke patients develop post-stroke neurodegeneration within one year.

The molecular mechanism underlying AIF3 splicing-induced neurodegeneration involves the combined effect of losing the original form of AIF in addition to gaining the altered AIF3, leading to both mitochondrial dysfunction and cell death. 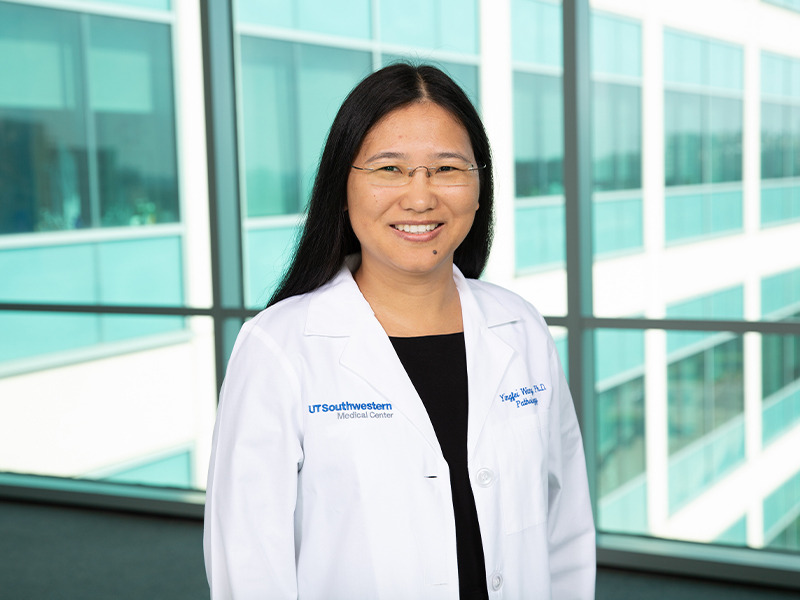 “AIF3 splicing causes mitochondrial dysfunction and neurodegeneration,” says senior author Yingfei Wang, Ph.D., assistant professor of pathology and neurology and a member of the O’Donnell Brain Institute. “Our study provides a valuable tool to understand the role of AIF3 splicing in the brain and a potential therapeutic target to prevent or delay the progress of neurodegenerative diseases.”

The findings are important for understanding the aftereffects of stroke, which strikes nearly 800,000 U.S. residents annually. Stroke kills one person every four minutes, according to the Centers for Disease Control and Prevention (CDC), and about one in every six deaths from cardiovascular disease is attributed to stroke – with ischemic strokes accounting for about 87 percent of all cases. Leading causes of stroke include high blood pressure, high cholesterol, smoking, obesity, and diabetes. Stroke also disproportionately affects certain populations and occurs more often in men, though more women than men die from stroke. CDC figures show Black people have twice the risk of first-time stroke than white people and a higher risk of death. Hispanic populations have seen an increase in death rates since 2013, while other populations have not.