DALLAS – July 22, 2020 – One member of a larger family of oxygen sensing enzymes could offer a viable target for triple negative breast cancer (TNBC), UTSW researchers report in a new study. The findings, published online this week in Cancer Discovery, might offer hope to this subset of patients who have few effective treatment options and often face a poor prognosis. 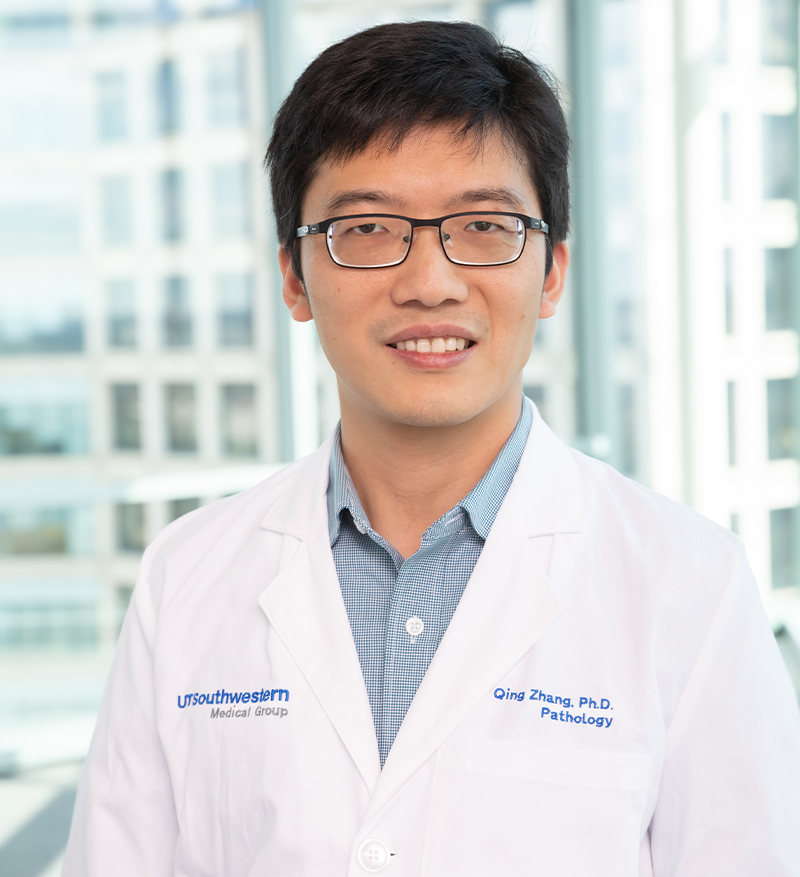 TNBC – so called because it lacks estrogen receptors, progesterone receptors, and overexpression of the growth-promoting protein HER2 – makes up only 15 to 20 percent of all breast cancers. However, explains Qing Zhang, Ph.D., associate professor in the department of pathology at UTSW and a Cancer Prevention and Research Institute of Texas (CPRIT) Scholar in Cancer Research, it’s the deadliest of all breast cancers, with a five-year survival rate of 77 percent compared with 93 percent for other types.

Zhang’s lab studies how cancers can thrive in low-oxygen environments. Looking for viable drug targets for TNBC, Zhang and his colleagues zeroed in on 2-oxoglutarate (2OG)-dependent enzymes, a family of 70 enzymes including some that function as oxygen sensors in cells. To determine their role in TNBC, the researchers used a library of short interfering RNAs – snippets of genetic material that can shut off the expression of specific genes – to individually turn off each member of the 2-OG-dependent family in different TNBC and healthy breast cell lines.

Their focus quickly narrowed to a specific 2-OG-dependent member called gamma-butyrobetaine hydroxylase 1 (BBOX1) that’s known to facilitate cell synthesis of carnitine, a molecule that plays a key role in energy metabolism. When the researchers turned off the gene responsible for producing BBOX1, TNBC cells stopped dividing and eventually died, although turning off this gene in healthy breast cell lines had no effect.

The opposite was also true: Overexpressing the gene for BBOX1 caused TNBC cell lines to wildly proliferate. Further investigation showed that it wasn’t carnitine – the enzyme’s end product – that caused this effect. The enzyme itself appeared to be key for TNBC cells’ survival and growth.

To investigate how BBOX1 exerts this effect, Zhang and his colleagues searched for which proteins this enzyme interacts with in cells. Their experiments showed that BBOX1 uniquely binds to a protein called IP3R3, which studies have previously linked to other malignancies. IP3R3 is important for helping mitochondria – organelles that serve as cells’ energy factories – extract energy from sugar. By binding to this protein, BBOX1 stops it from being degraded, giving TNBC cells the energy boost they need to grow, Zhang explains.

On the flip side, eliminating BBOX1 could have the potential to stop TNBC tumors in their tracks. The researchers demonstrated this in mice by injecting the animals with TNBC cells that were modified so that the gene for BBOX1 could be turned off either directly or by feeding the animals an antibiotic called doxycycline. Turning off the BBOX1 gene directly in these cancer cells stopped primary tumor growth. In another strategy to simulate the breast cancer growth and treatment in patients, the researchers injected tumor cells into the mice and let the TNBC cells grow unabated into sizeable tumors. Then, the mice received doxycycline to turn off the BBOX1 gene. They found that these tumors stopped growing and shrank. 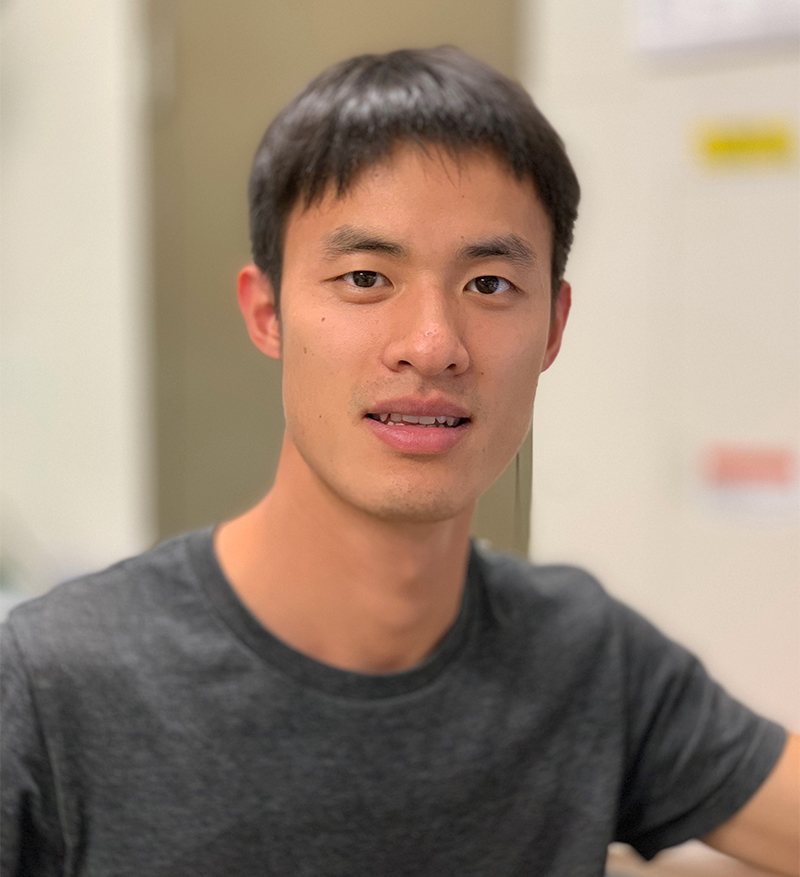 Zhang’s team was able to replicate these results by dosing mice with pharmaceuticals that inhibit BBOX1. These drugs effectively fought TNBC tumors but had no negative effects on normal breast tissue or on the animals as a whole, with no detectable toxicity.

Zhang points out that while two of these drugs are still in development, one of them – known as Mildronate – is already prescribed in some European countries for increasing oxygen to tissues to treat coronary artery disease. This, or other BBOX1 inhibitors, could eventually be the targeted treatments for TNBC that patients have been waiting for, he says.

“Right now, TNBC patients have limited options, which leads to dismal clinical consequences,” says Zhang, the study’s senior author. “We think BBOX1 inhibitors could be a powerful new weapon in the arsenal to treat these cancers.”

Chengheng Liao, a postdoctoral fellow at UTSW, is the lead author for this study.  Other UTSW researchers who contributed to this study include Jin Zhou, Giada Zurlo, Lianxin Hu, and Yan Peng.

This research was funded primarily by the Cancer Prevention and Research Institute of Texas (RR190058) to Zhang. Additional supports were provided by the National Cancer Institute (P50 CA58223, R01 CA148761) and Breast Cancer Research Foundation to Dr. Charles Perou, a co-author at UNC-Chapel Hill.