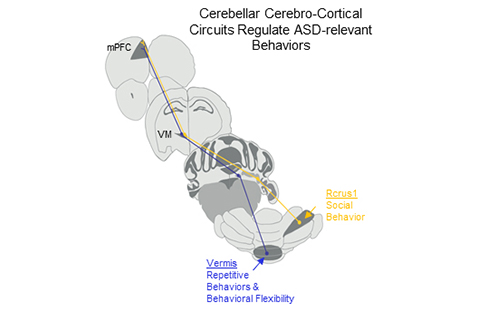 DALLAS – July 15, 2020 – A team led by UT Southwestern researchers has identified brain circuitry that plays a key role in the dysfunctional social, repetitive, and inflexible behavioral differences that characterize autism spectrum disorders (ASD). The findings, published online this week in Nature Neuroscience, could lead to new therapies for these relatively prevalent disorders. 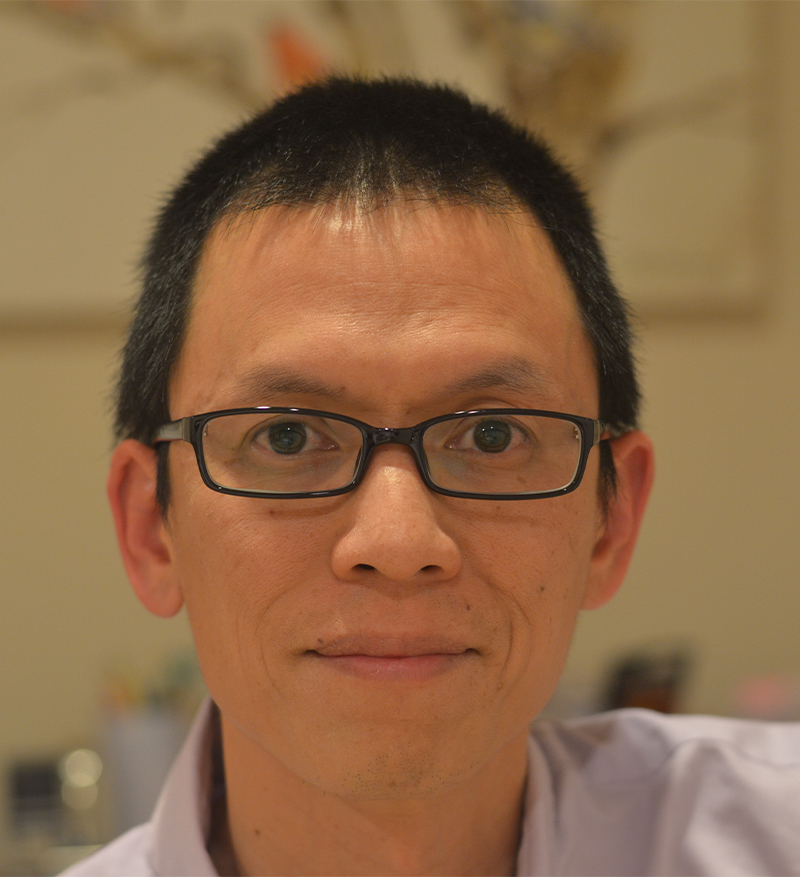 The Centers for Disease Control and Prevention estimate that about 1 in 54 children in the U.S. have ASD, a broad range of neurodevelopmental conditions thought to be caused by a combination of genetic and environmental factors. Although researchers have identified some key genes and pathways that contribute to ASD, the underlying biology of these disorders remains poorly understood, says Peter Tsai, M.D., Ph.D., assistant professor in the departments of neurology and neurotherapeutics, neuroscience, pediatrics, and psychiatry at UT Southwestern Medical Center and a member of the Peter O’Donnell Jr. Brain Institute.

However, Tsai explains, one key brain region that’s been implicated in ASD dysfunction is the cerebellum, part of the hindbrain in vertebrates that holds about three-quarters of all the neurons in the body and has traditionally been linked with motor control. Recent studies by Tsai and his colleagues have demonstrated that inhibiting activity in a region of the cerebellum known as Rcrus1 can cause altered social and repetitive/inflexible behaviors reminiscent of ASD in mice. Their work also found that stimulation of this area could rescue social behaviors in an ASD-relevant model but was unable to improve repetitive or inflexible behaviors. Together, these studies suggested that additional regions of the cerebellum might also regulate repetitive and/or inflexible behaviors.

In addition, how these cerebellar regions might regulate these ASD-relevant behaviors remained unknown. To learn more about the brain circuitry controlling these behaviors, Tsai and his colleagues worked with mice genetically engineered to reduce the activity of Purkinje cells, specialized cells that turn down the activity of other brain regions. When they examined the activity of the rest of the brain, they saw increased activity in the medial prefrontal cortex (mPFC), another region previously implicated in ASD. Behavioral tests showed that these animals displayed characteristic social and repetitive/inflexible behaviors reminiscent of ASD. When the researchers inhibited mPFC activity in these animals, both social impairments and repetitive/inflexible behaviors improved.

Because the cerebellum and the mPFC are on opposite ends of the brain, Tsai and his colleagues used microscopic imaging to trace how these regions are linked. They found connections specifically between Rcrus1 and the mPFC in these animals, with decreased Rcrus1 activity leading to increased mPFC activity. Further investigation showed that connectivity in this region wasn’t just disrupted in these particular mice. It also existed in about a third of 94 different mouse lines carrying autism-related mutations and in two independent cohorts of people with ASD.

Looking further to better determine the anatomical connections between these regions, the researchers saw that signals from Rcrus1 appear to be routed to the mPFC through an area known as the lateral nucleus; however, modulation of this region was only sufficient to improve social behaviors in their genetic mouse model while repetitive/inflexible behaviors remained abnormal. Thus, Tsai and colleagues interrogated other cerebellar regions and found that modulation of another ASD-implicated cerebellar region, the posterior vermis, results in improvement in repetitive and inflexible behaviors. They then asked whether this cerebellar region also targets the mPFC and found that both posterior vermis and Rcrus1 converge on the mPFC through another intermediate region, the ventromedial thalamus.

Each of these regions could play a key role in potential future therapies for ASD, Tsai explains. And because their experiments could improve dysfunctional social and repetitive/inflexible behaviors even in adult animals, it raises the possibility that therapies that target this circuit in humans might be able to improve ASD-related dysfunction even into adulthood.

“Just as an electrician can repair a home’s wiring once he or she understands the wiring diagram, these findings give us potential hope for improving dysfunctional activity in the circuits involved in ASD,” Tsai says.