DALLAS – April 6, 2020 – A new drug combination discovered by the UT Southwestern Simmons Cancer Center may extend the effectiveness of a lung cancer treatment and make it available to many more patients.

The findings, published in the journal Nature Cancer, focused on epidermal growth factor receptor, EGFR, a protein that has a prominent role in the growth and survival of cancer cells, and resistance that builds up against inhibitors used to battle it. The researchers found that adding an interferon blocker, normally used to treat lupus, effectively wiped out this resistance in mice.

Clinical trials will be needed to confirm the effects in humans. But the drug combination could represent a significant step in the fight against lung cancer, which is the deadliest form of cancer in Texas and the nation.

“This could be very important because it could expand the reach of the drug from about 15 percent to the majority of patients with lung cancer. That’s millions of people worldwide,” says Amyn Habib, M.D., associate professor of Neurology and Neurotherapeutics at UT Southwestern Medical Center, a member of the Harold C. Simmons Comprehensive Cancer Center, and a staff physician at the Dallas Veterans Affairs Medical Center.

Habib’s lab discovered that the signaling pathways release proteins called interferons that resist the EGFR inhibitor. It was an unexpected finding because oncologists normally see interferons as allies in fighting cancer. In this case, they are foes, and the research team looked for something to block them.

Their broad search included drugs outside of cancer treatment and found an interferon blocker used in lupus patients called anifrolumab. The researchers used anifrolumab to block interferons in mice, crippling the signaling pathway and wiping out the resistance to the EGFR blocker.

They also found that patients who did not have mutated EGFR also increased their interferon levels in response to EGFR inhibitors. This has kept those patients from responding to the EGFR inhibitor drugs. That means that if the lupus drug could block the interferons, it would also open those patients up to the benefits of the EGFR blocking drugs.

“Research that leads to drug combinations like this are hugely valuable in the fight against cancer because new drug development is expensive and slow. This speeds up new possibilities for treatment,” says Carlos L. Arteaga, M.D., Director of the Simmons Cancer Center.

Habib’s lab made the discovery by focusing on about 3,000 genes in the lung cancer cell and charting that were turned on or off. The data clearly led the researchers to increased activity with interferons.

“That’s what gave us proof that the interferon mechanism was in play,” Habib says.

This was previously unknown to medical science, and it is significant because EGFR signaling plays a role in other cancers including breast cancer and glioblastoma. Habib says his next step is to pursue clinical trials in lung cancer patients.

The authors declared no conflicts of interests. This research was supported in part by the Office of Medical Research, the Department of Veterans Affairs, a Lung Cancer Specialized Programs of Research Excellence Career Enhancement Program Award, and the Dallas VA Research Corporation. The work was also supported by the National Cancer Institute (NCI) Lung Cancer Specialized Programs of Research Excellence, the Cancer Prevention and Research Institute of Texas, an NCI Midcareer Investigator Award in Patient Oriented Research, and grants from the National Institutes of Health, NASA, The Welch Foundation, a Career Enhancement Award through the National Institutes of Health, and the Harold C. Simmons Comprehensive Cancer Center’s Biomarker Research Core, which is supported by an NCI Cancer Center Support Grant. An NIH shared instrumentation grant funded the MRI equipment. 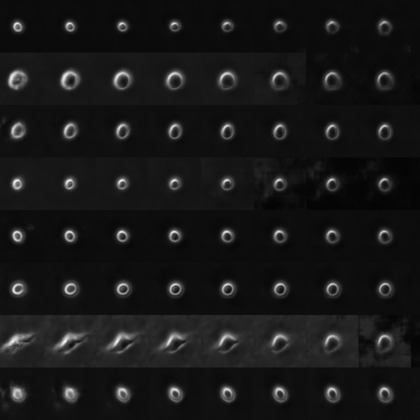 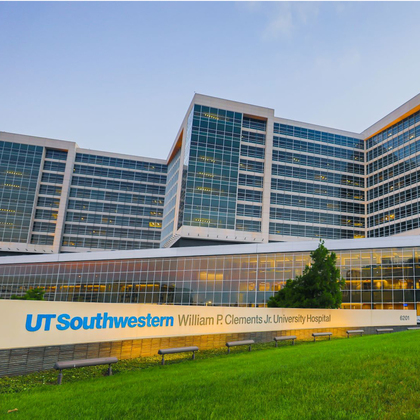