Attacking tumors from the inside 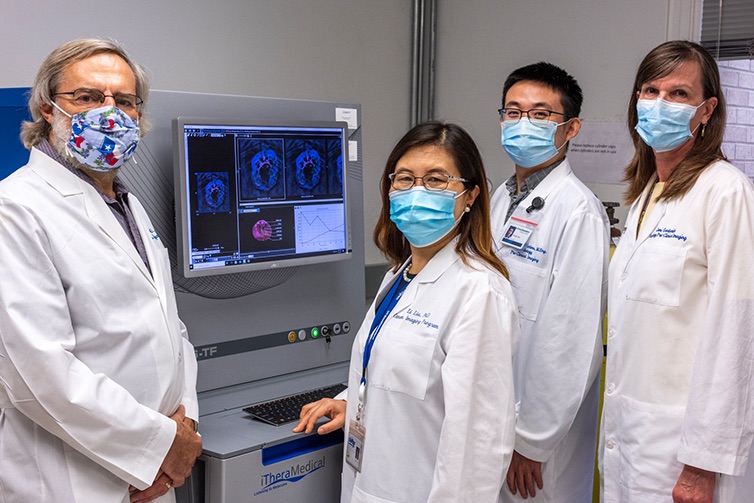 The findings, published online in Cancer Research, highlight the use of this novel visualization tool as well as the promise of these drugs for NSCLC, a disease that remains one of the leading causes of cancer-related deaths in the U.S. despite decades of research.

NSCLC is the most common form of lung cancer, comprising about 85-90 percent of the nearly 230,000 cases of lung cancer diagnosed each year in the U.S. However, despite state-of-the-art treatments for this disease, including targeted therapies and immunotherapies, the five-year survival rate for lung cancer remains at only 10-20 percent – far lower than for many other cancers including breast (90 percent) and prostate (99 percent.)

The experimental drugs cyclopamine tartrate (CycT) and heme-sequestering peptide 2 (HSP2) have shown promise in inhibiting cancer growth and progression in mice bearing human NSCLC tumors. Although it’s known that both of the drugs target heme, the molecule that carries oxygen in red blood cells – CycT inhibits heme synthesis and HSP2 inhibits heme uptake into cells – how these therapies work to suppress NSCLC was unknown. 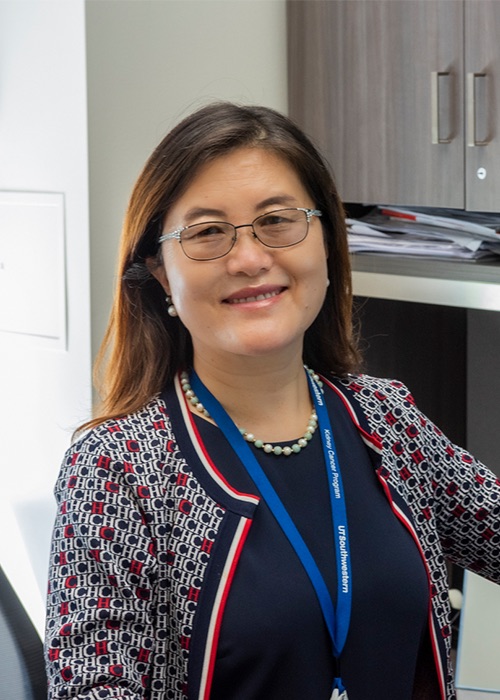 To answer that question, Li Liu, Ph.D., assistant professor of radiology at UTSW, and her colleagues used a new tool called multispectral optoacoustic tomography (MSOT) to examine the inside of human NSCLC tumors growing in mice. (The imaging technology uses light pulses to generate ultrasound waves.) They looked specifically at tumor blood vessels and how well they carried oxygen to the cells within, comparing tumors in animals that received injections of either CycT, HSP2, or saline every three days.

After three weeks, tests showed that either drug significantly suppressed the growth of the tumors compared with mice that received just saline, supporting previous studies. But Liu, a member of the Harold C. Simmons Comprehensive Cancer Center, and her colleagues showed that while untreated tumors consumed copious amounts of oxygen, lowering this blood gas in the tumor microenvironment, tumors in mice treated with CycT or HSP2 consumed significantly less. Similarly, these animals generated less ATP, a molecule that cells use for energy that requires heme for its formation.

Further experiments showed that cells isolated from the tumors of mice treated with CycT and HSP2 had reduced amounts of molecular markers for low oxygen and molecules associated with blood vessel formation.

Together, Liu says, these findings suggest that these two heme-targeting medications can attack NSCLC tumors from multiple angles: inhibiting the production of ATP and the oxygen consumption they need to live and grow, reducing blood circulation and oxygen levels to that of healthy tissue, and decreasing the tumors’ ability to create new blood vessels. This study also shows the utility of MSOT as a noninvasive tool to survey tumors and track how well drugs such as CycT and HSP2 are working in real time.

“The more we learn about these deadly tumors and potential new treatments,” says Liu, “the more hope we can offer patients, who currently have few effective options for therapy.”

Clinical trials are underway at other institutions to explore the feasibility of using MSOT to evaluate tumors in patients, she added. 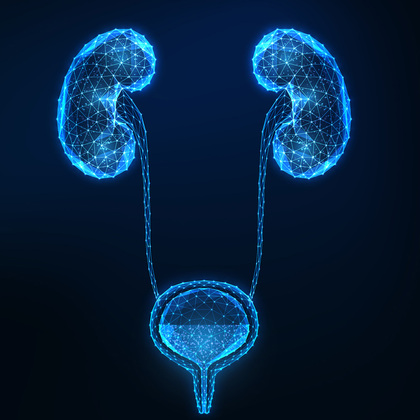 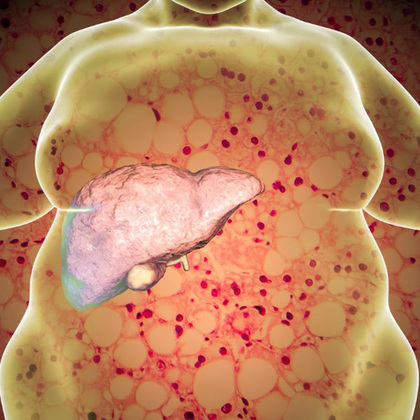