DALLAS – Sept. 27, 2019 – UT Southwestern researchers have found a key driver of the crosstalk that helps synchronize the absorption of nutrients in the gut with the rhythms of the Earth’s day-night light cycle.

Their findings could have far-ranging implications for obesity in affluent countries and malnutrition in impoverished countries. 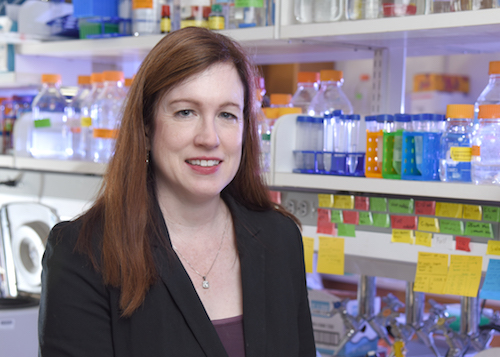 In the study, published this week by Science, Dr. Lora Hooper and her research team found that the commensal, or good, bacteria that live in the guts of mammals program the metabolic rhythms that govern the body’s absorption of dietary fat. Dr. Hooper, Chair of Immunology and a Howard Hughes Medical Institute Investigator, is senior author of the study.

The study also found that microbes program these so-called circadian rhythms by activating a protein named histone deacetylase 3 (HDAC3), which is made by cells that line the gut. Those cells act as intermediaries between bacteria that aid in digestion of food and proteins that enable absorption of nutrients.

The study, done in mice, revealed that HDAC3 turns on genes involved in the absorption of fat. They found that HDAC3 interacts with the biological clock machinery within the gut to refine the rhythmic ebb and flow of proteins that enhance absorption of fat. This regulation occurs in the daytime in humans, who eat during the day, and at night in mice, which eat at night.

“The microbiome actually communicates with our metabolic machinery to make fat absorption more efficient. But when fat is overabundant, this communication can result in obesity. Whether the same thing is going on in other mammals, including humans, is the subject of future studies,” added lead author Dr. Zheng Kuang, a postdoctoral fellow in the Hooper laboratory.

To go back in time, the story really starts with a few mice and crosstalk between two laboratories at UT Southwestern.

Dr. Hooper, who runs the University’s colony of germ-free mice, which are raised in environments that have no microbes, is also a Professor of Immunology and Microbiology and a member of the Center for the Genetics of Host Defense. She holds the Jonathan W. Uhr, M.D. Distinguished Chair in Immunology, and is a Nancy Cain and Jeffrey A. Marcus Scholar in Medical Research, in Honor of Bill S. Vowell.

Histone modifications – which are made by enzymes like HDAC3 – control the expression of genes that in turn make proteins that carry out the work of the cell. Not long ago, the Hooper laboratory decided to do a mouse study of histone modifications that seemed to rise and fall along with circadian rhythms.

In comparing normal, bacteria-laden mice with germ-free ones, researchers discovered some histone modifications – including those made by HDAC3 – were circadian in normal mice, but held steady at a flat level in germ-free mice.

That’s when Dr. Hooper contacted Dr. Eric Olson, Chair of Molecular Biology and Director of the Hamon Center for Regenerative Science and Medicine, who had done studies on HDAC3 in a different tissue, the heart. The two laboratories collaborated to develop a mouse that lacked HDAC3 only in the gut lining.

The mice they generated seemed unremarkable while eating a normal chow diet. However, when the researchers fed the mice a high fat, high sugar diet similar to one commonly consumed in the United States – they found something very different.

“We call it the junk food diet. I describe it as like driving through a fast food restaurant for a burger and fries and then stopping off at the donut shop,” she said. “Most mice on that diet become obese. To our surprise, those that had no HDAC3 in their intestinal lining were able to eat a high fat, high sugar diet and stay lean.”

Next, they compared the HDAC3-deficient mice to the germ-free mice. The researchers found that both groups of mice showed the same flat, nonrhythmic histone modifications, confirming HDAC3’s importance in circadian rhythms.

Every cell in the body has a molecular clock that governs bodily processes. The mouse study revealed that HDAC3 attaches to that cellular clock machinery to ensure absorption of fat is highest when mammals are awake and eating.

“Our results suggest that the microbiome and the circadian clock have evolved to work together to regulate metabolism,” she said.

Why would a system evolve to make us fat? Dr. Hooper believes it could have evolved to enable mammals to use energy efficiently in order to boost immunity in an environment with food scarcity.

“This regulatory interaction probably didn’t evolve to make us obese, but when combined with today’s calorie-rich diets, obesity arises,” she said, adding that this is speculation and the team is still working to understand all the components of the pathway.

“Our results also suggest that disrupting the interactions between the microbiota and the body’s clock could make us more likely to become obese. These disruptions happen frequently in modern life when we take antibiotics, work overnight shifts, or travel internationally. But we think that our findings might eventually lead to new treatments for obesity – and possibly malnutrition – by altering the bacteria in our guts.”

The study received support from the National Institutes of Health, The Welch Foundation, the Helen D. Bader Center for Research on Arthritis and Autoimmune Diseases, and the Howard Hughes Medical Institute. 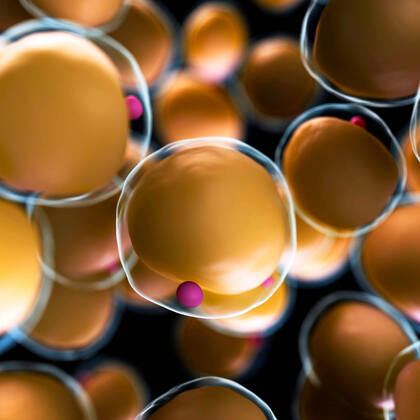 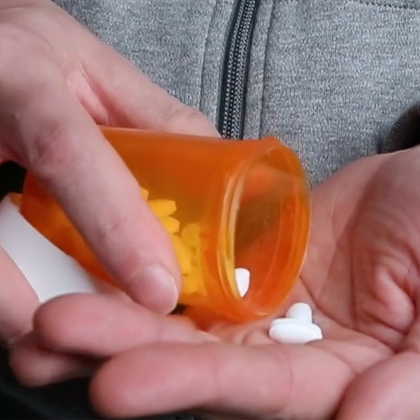 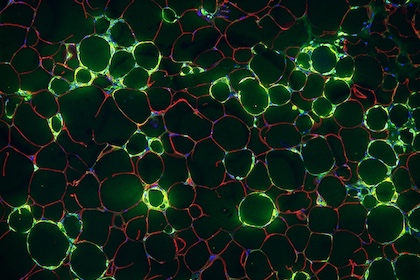