DALLAS – May 14, 2019 – People who have inadequate vitamin A in their diets are more susceptible to skin infection, yet how that vitamin affects skin immunity has been unclear. In a study published today, UT Southwestern researchers shed some light on that mystery by identifying a previously unknown bacteria-killing protein on the epidermis that requires the vitamin to work.

The researchers found that one protein in the resistin-like molecule (RELM) family – RELMα – acts as an antibiotic to rapidly kill bacteria. Both RELMα, which is made by mice, and the corresponding human RELM family protein, called resistin, are stimulated by dietary vitamin A.

“RELMα is the first example of an antimicrobial protein that requires dietary vitamin A for its bacterial killing activity. This finding gives us an important clue about how the skin defends itself against infection, and how skin defense is regulated by the diet,” said Dr. Lora Hooper, Chair of Immunology and corresponding author on the study published in Cell Host & Microbe.

Dermatologists use synthetic vitamin A, called retinoid, to treat acne, psoriasis, and other skin conditions, although how those drugs work has long been a mystery. 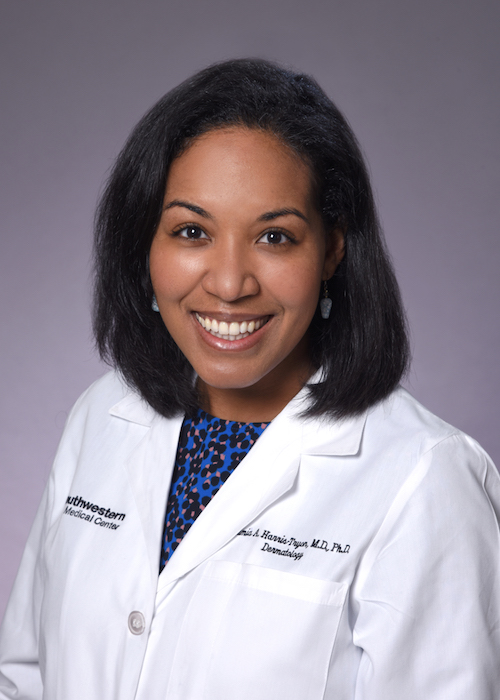 “The skin is the largest organ of the human body and is tasked with defending us against infection,” said Dr. Tamia Harris-Tryon, Assistant Professor of Dermatology and Immunology.

“If the skin immune system breaks down, infection results. Skin infections, from bacteria such as Streptococcus, are among the most common reasons people come to the emergency room,” added Dr. Harris-Tryon, a physician-scientist who completed postdoctoral training in the Hooper lab.

Dr. Hooper is well known for her research on the commensal or “good” bacteria that inhabit the gut – where they aid in digestion and infection control.

The team’s experiments in human tissue and mice illuminate a previously unappreciated link between diet and innate immunity of the skin, suggesting why vitamin A derivatives are effective treatments for skin disease, said Dr. Hooper, a Howard Hughes Medical Institute Investigator who is also a UTSW Professor of Immunology and Microbiology with an additional appointment in the Center for the Genetics of Host Defense. Dr. Hooper holds the Jonathan W. Uhr, M.D. Distinguished Chair in Immunology and is a Nancy Cain and Jeffrey A. Marcus Scholar in Medical Research, in Honor of Dr. Bill S. Vowell.

In addition to identifying RELMα’s unique feature – its requirement for dietary vitamin A to kill bacteria – the team showed that mice fed a diet deficient in vitamin A made no RELMα. The researchers also found that mice missing RELMα were more susceptible to infection and had different bacterial species on their skin compared with typical mice.

Dr. Harris-Tryon added, “Considering how often retinoids are used in dermatology, the implications of our findings are potentially vast. The skin is an important interface between us and the environment and must defend us against infection and inflammation. We are just beginning to understand how bacteria and the microbiome (the term for the population of bacteria living with us) impact skin diseases such as psoriasis and acne. Our work helps to define the molecules that the skin uses to create a healthy relationship between the microbiome and us, the hosts.”

To study how the microbiome impacts immunity, the researchers used Dr. Hooper’s colony of germ-free mice – mice raised from birth without exposure to germs – and identified genes that are turned on when such mice are exposed to bacteria.

“When the skin encounters bacteria, cells respond by making molecules that help defend the skin against infection,” she explained, adding that scientists at the National Institutes of Health (NIH) collaborated on the study.

The researchers included some caveats.

“This study gives us a better understanding of how diet impacts the ability of the skin to defend itself against bacterial infection – but more research will be needed to determine how these findings will impact patients with inflammatory skin diseases such as acne and psoriasis,” said Dr. Harris-Tryon, who earned her M.D.-Ph.D. at Johns Hopkins University.

Providing multidisciplinary team consults for HIV patients while they are hospitalized to help address social and medical barriers reduces future infection rates and boosts participation in follow-up care, results from a study on how to reengage patients show. 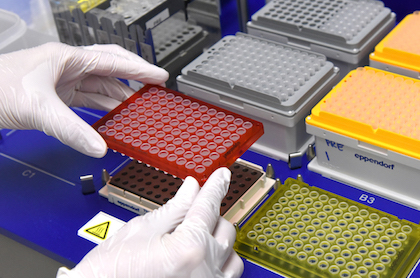 Children who undergo expansive genetic sequencing may not be getting the thorough DNA analysis their parents were expecting, say experts at UT Southwestern Medical Center.