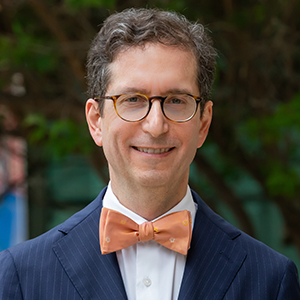 I am proud to introduce you to the Department of Neurology at UT Southwestern Medical Center (UTSW). Our department has a long and rich tradition, embedded for 50 years in a medical center that has a reputation for scientific excellence, and is home to six Nobel Prize recipients since 1985, 25 members of the National Academy of Sciences, and 16 members of the National Academy of Medicine.

Neurology at UT Southwestern first became an independent department in 1972. The initial growth of the department and development of the residency program were under the leadership of Dr. Roger Rosenberg, who served as Chair for the first 18 years. Dr. Rosenberg, who trained and served as Chief Resident in Neurology under H. Houston Merritt at the Neurological Institute of New York, brought a brand of neurology that was clinically grounded while intensely research-focused and scholarly. As former president of the American Academy of Neurology and editor of Archives of Neurology (later to become JAMA Neurology) for 19 years, Dr. Rosenberg set the tone for high standards of clinical care and scholarship within the department.

As a trainee of Dr. Lewis P. Rowland, himself a trainee of H. Houston Merritt, I come from this same lineage of American Neurology and embrace the standard of clinical excellence and impactful scientific investigation as cornerstones for our department.

As editor of Merritt’s Textbook of Neurology, I further connect with this historical standard.

The Department of Neurology has grown tremendously since its humble beginnings in 1966. We now have 76 faculty, 12 sections, and rich affiliations with Clements University Hospital, Parkland Hospital, and Dallas Veterans Affairs Medical Center, among others. We provide staff for emergency services, outpatient clinics, and inpatient units at UT Southwestern. Our faculty, strongly motivated by a desire to improve the lives of individuals living with neurological disease, pursue exciting research studies ranging from molecular and cellular studies to clinical and clinical-epidemiological investigations. Our close ties with the emerging Peter O’Donnell Jr. Brain Institute at UT Southwestern allow us to leverage shared resources to support a range of unique programs within the department and across our growing medical center.

UT Southwestern Medical Center is in the heart of Dallas which, along with Fort Worth, forms the Dallas-Fort Worth (DFW) Metroplex -- the fourth largest metro area in the country. The DFW metroplex is home to the nation’s largest arts district with 19 blocks of museums, venues and galleries, and home to the third largest number of Fortune 500 companies in the country. For the past several years, the DFW metroplex has seen the greatest growth of any metro area in the country, drawing people into its collective richness.

There is much we can do as neurologists to advance our field. During the next five years, the UT Southwestern Department of Neurology will see a period of creative transformation and tremendous growth. As such, we stand at the center of the pathway into the future. We are excited to be here, and we hope you find our website informative.