History of the Green Center

In 1973, the University of Texas Southwestern Medical Center, known as The University of Texas Health Science Center at Dallas, was embracing a huge transformation. Charles C. Spragues, M.D. was appointed the Medical School’s President the September before. An $8.4 million building project taking place on campus provided UT Southwestern Medical Science Center with an atmosphere and facilities that encouraged collaborative multidisciplinary research.

Paul C. MacDonald, M.D. recently assumed Chairmanship in the Department of Obstetrics and Gynecology (1970-1976). Dr. MacDonald and his distinguished predecessor, Jack A. Pritchard, M.D. (1955-1970), shared a vision of improving health care for women, reducing the rate of adverse pregnancy outcomes, and providing women with access to family planning services.

In 1972, Dr. MacDonald and President Dr. Sprague proposed the establishment of the Center for Reproductive Biology Sciences at the University of Texas Health Science Center at Dallas to the Health Affairs Council of the University of Texas System. The proposal was accepted, and Dr. MacDonald was appointed Director of the Center while continuing as Chairman of the Department of Obstetrics and Gynecology.

In 1974, Dr. Sprague and Dr. MacDonald submitted a revised proposal to Cecil H. and Ida Green, who had contributed $1 million to the medical school expansion project, suggesting the Center for Reproductive Biology Sciences and an endowed chair be named in their honor. Under Dr. MacDonald’s leadership, the Green Center held a close relationship to the Department of Obstetrics and Gynecology and enjoyed a national reputation for conducting basic research into problems affecting women’s reproductive health.

"The Green Center will serve as a major research, teaching, and health care resource for the entire scientific community”

Under David L. Garbers, M.D. (1999-2006), the Green Center was affiliated with the Department of Pharmacology and expanded its research portfolio to include male reproductive physiology. The research achieved during the Garbers years addressed key technological and basic research questions proposed by an advancing scientific community. Interim Director, David J. Mangelsdorf, M.D.(2006-2010), spoke on behalf of the Green Center when he stated Dr. Garbers was viewed, “as a pillar of the Green Center department, both as a scientist and a mentor.”

In 2010, under W. Lee Kraus, Ph.D., the Green Center was once again affiliated with the Department of Obstetrics and Gynecology. Together, the Center and the Department, 'fostered and nurtured the endeavors of the other,' to better translate bench-work to bedside care, as Dr. MacDonald originally envisioned for the Green Center.

As of September 2019, the Green Center is an independent department-level academic Center providing a distinguished faculty nucleus that investigates critical biological issues of our time. The Green Center for Reproductive Biology Sciences includes research programs studying reproductive biology in a broad sense, with a focus on nuclear regulation, including chromatin structure and gene regulation, epigenetics, nuclear endpoints of cellular signaling pathways, genome organization and evolution, and DNA replication and repair. 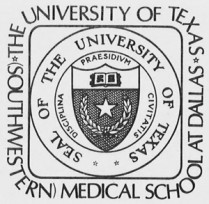