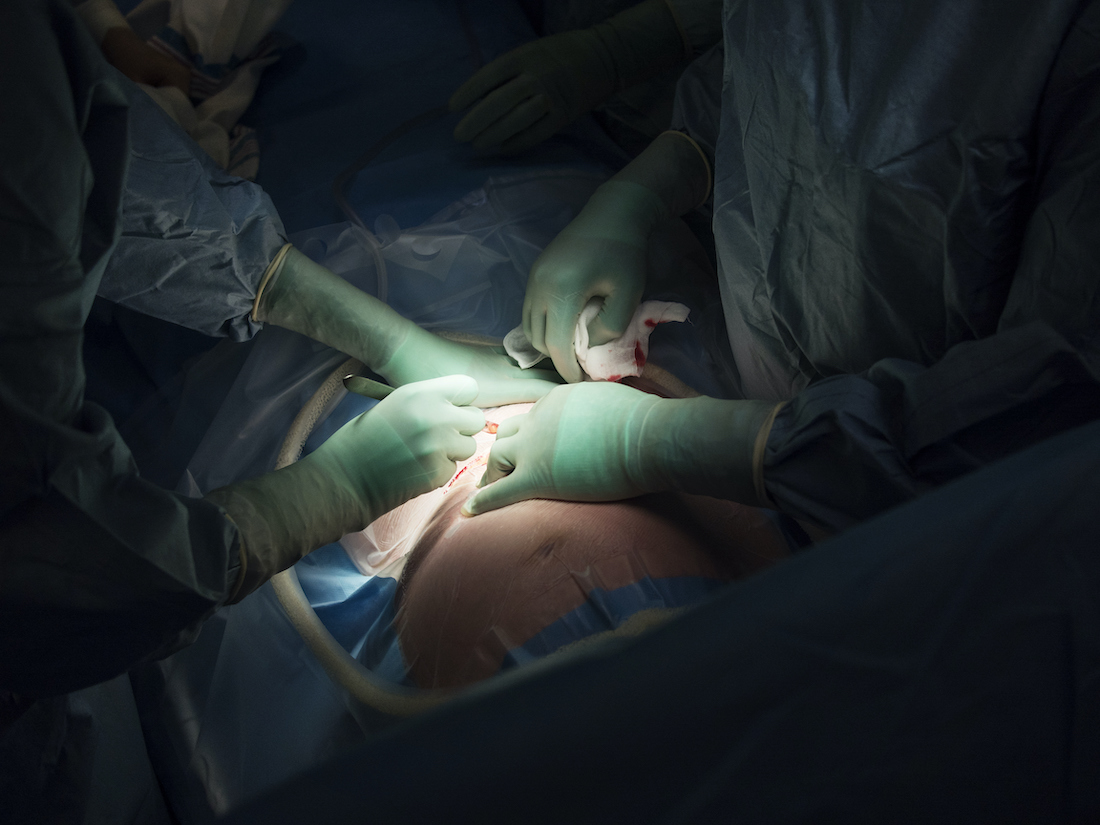 DALLAS – April 27, 2022 – For years, women recovering from cesarean section (C-section)  deliveries have been given devices that let them, with a button, control the flow of opioid painkillers into their IV line. But as researchers and policymakers push to curb the use of opioids, clinicians are developing new strategies for treating pain after C-sections. 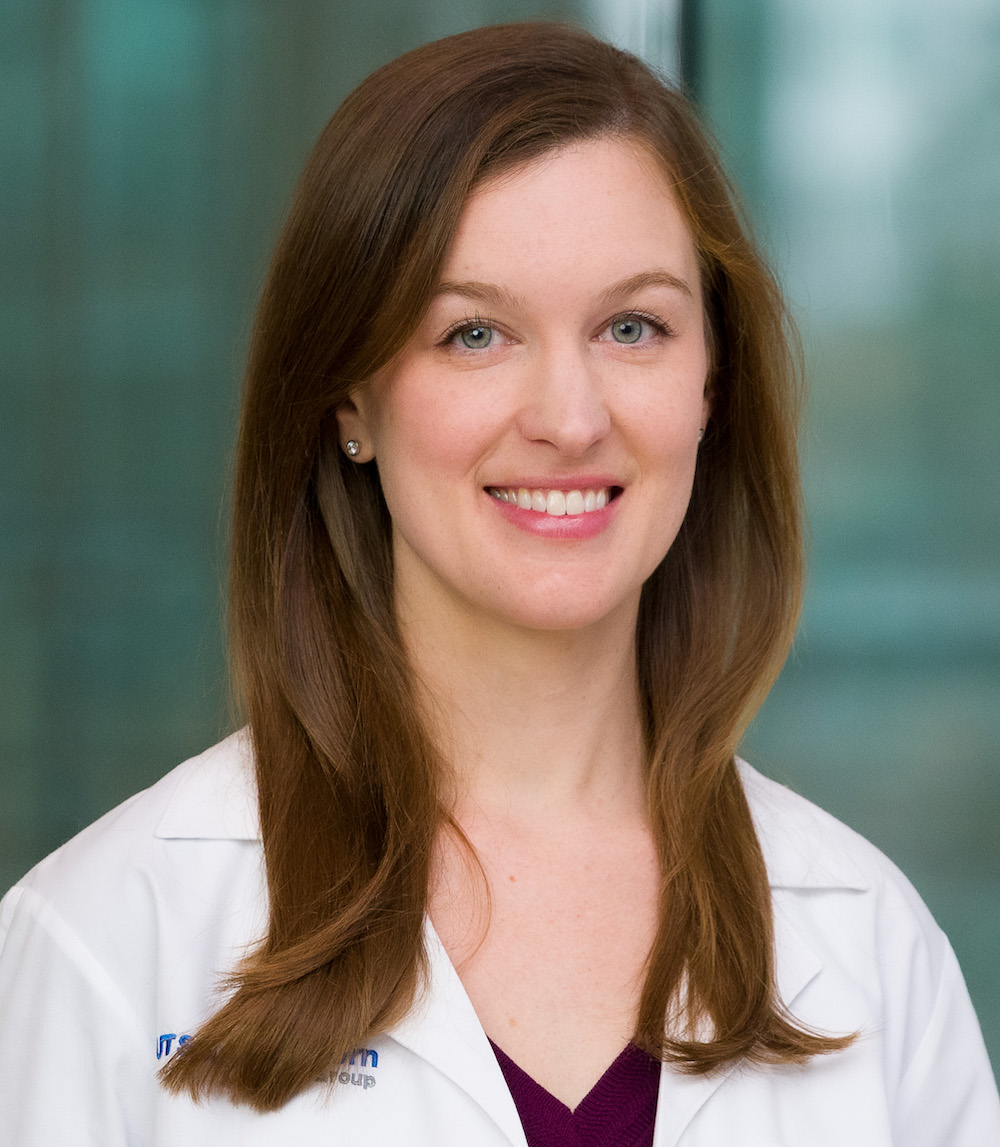 A study by UT Southwestern obstetrician-gynecologists, published in the American Journal of Obstetrics & Gynecology, shows how one approach, which primarily uses non-opioid drugs,  successfully managed women’s pain while boosting breastfeeding rates and decreasing the use of opioids by more than 75%.

“There’s been a big push to decrease opioid use across all surgical fields. Unlike other surgical patients, women who have just had a cesarean delivery need to be able to care for their infant right away. So it’s especially important that we’re minimizing the use of opioids in these patients,” said lead author Elaine Duryea, M.D., Assistant Professor of Obstetrics and Gynecology at UTSW and Medical Director of the Maternal-Fetal Medicine Clinic at Parkland Health.

Opioids are a class of drugs that include the prescription pain relievers oxycodone, hydrocodone, morphine, methadone, and fentanyl, as well as the illegal drug heroin. The rate of opioid misuse and overdoses is at an all-time high, and research has previously found that more than 1 in 300 women who are given opioids for the first time after a cesarean delivery become persistent users of the drugs.

In July 2020, the pain management strategy for cesarean deliveries at Parkland Memorial Hospital in Dallas was changed. Previously, all women who had C-sections were given a morphine patient-controlled analgesia (PCA) device for 12 hours after delivery, allowing them to release morphine into their IV line as needed. After the transition, women were instead administered nonsteroidal anti-inflammatory drugs (NSAIDs) on a schedule. They were given IV oxycodone or hydrocodone only as needed, based on their pain rating.

“We’re increasingly realizing that we shouldn’t just always go immediately to the strong opioids for every patient,” said Dr. Duryea.

To assess the new approach, Dr. Duryea and her colleagues studied 778 women who delivered babies by C-section at Parkland in 2020, either before or after the transition. In the 48 hours after cesarean delivery, women who used the PCA required a median of 128 morphine milligram equivalents – a measure of overall opioid use – while women who followed the scheduled non-opioid strategy required only a median of 28 morphine milligram equivalents, about five times less. In addition, breastfeeding rates among mothers who planned to breastfeed were slightly higher after the transition; only 9% used formula compared to 12% before the switch.

“Patients shouldn’t go into a C-section, or any other surgery, with the expectation that they’ll be completely free of pain, but they should expect their pain to be manageable,” Dr. Duryea cautioned.

The data were encouraging enough that Dr. Duryea and her colleagues are not only sticking with the new pain management system at Parkland but are implementing other ways to minimize opioid use, including customizing the number of painkillers sent home with patients to individual needs rather than giving all new mothers 30 opioid pills at discharge.

“Considering we do more than 12,000 deliveries a year here, that’s a lot of pills that can end up out in the community, and aren’t all needed,” said Dr. Duryea.

UT Southwestern, one of the premier academic medical centers in the nation, integrates pioneering biomedical research with exceptional clinical care and education. The institution’s faculty has received six Nobel Prizes, and includes 25 members of the National Academy of Sciences, 17 members of the National Academy of Medicine, and 14 Howard Hughes Medical Institute Investigators. The full-time faculty of more than 2,500 is responsible for groundbreaking medical advances and is committed to translating science-driven research quickly to new clinical treatments. UT Southwestern physicians provide care in more than 80 specialties to more than 105,000 hospitalized patients, nearly 370,000 emergency room cases, and oversee approximately 3 million outpatient visits a year. 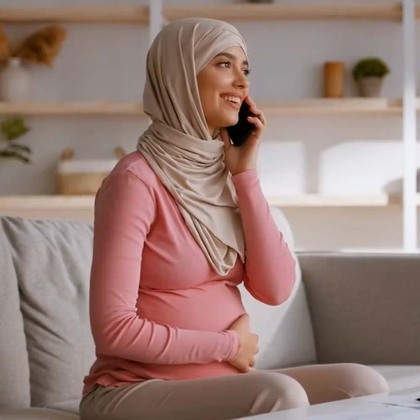