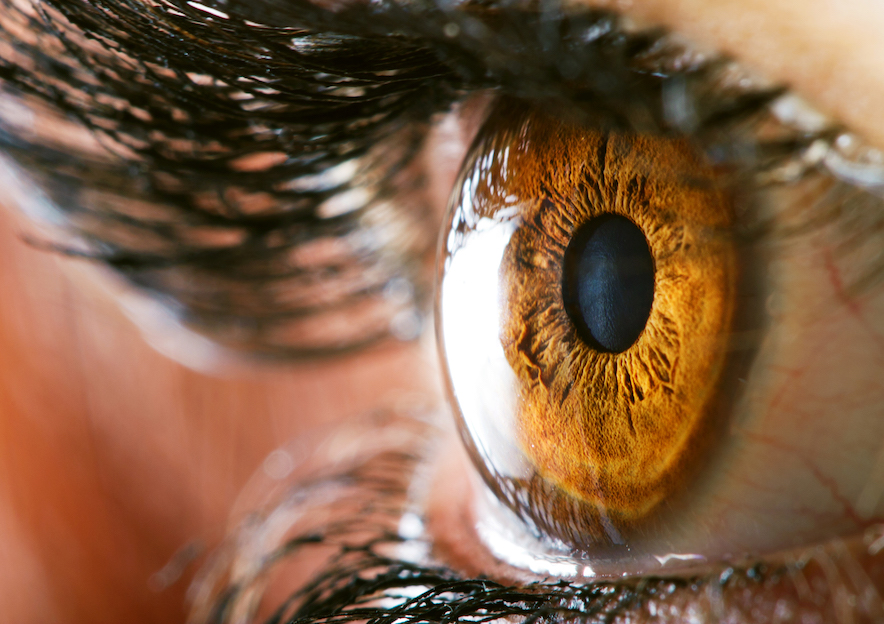 UTSW researchers found that molecula​r changes leading to Fuchs’ endothelial corneal dystrophy (FECD) occur decades before the disease causes symptoms. FECD is a degenerated disease of the cornea – the clear outer layer of the eye.

DALLAS – June 17, 2020 – The molecular changes that lead to Fuchs’ endothelial corneal dystrophy (FECD) occur decades before the disease causes blurry vision and other noticeable symptoms in patients, new research by UT Southwestern scientists shows. This insight into this earliest stage of FECD may eventually lead to new ways of screening for and treating the common condition, which affects an estimated 4 percent of U.S. adults over the age of 40. 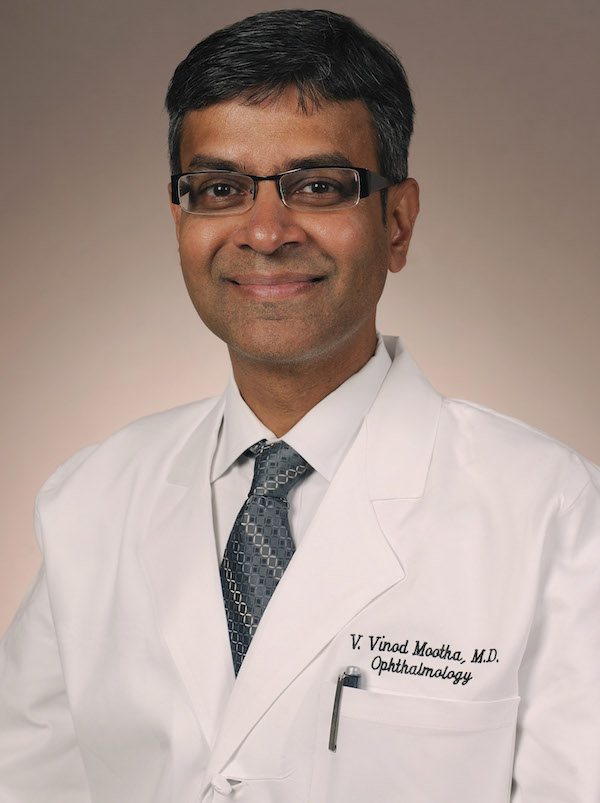 “We found changes in the pre-symptomatic tissue that would not be readily apparent to ophthalmologists who are examining patients,” says Vinod Mootha, M.D., a professor of ophthalmology at UTSW and a co-senior author of the study. “This molecular cascade of events is initiated decades before we usually detect disease in the clinic.”

FECD is an age-related, degenerative disease of the cornea – the clear outer layer of the eye. Patients with FECD, which usually affects both eyes at once, experience swelling of the cornea, leading to discomfort and blurry vision.

Over the last decade, Mootha has helped uncover the genetic and molecular drivers of FECD. In 2015, his laboratory co-discovered that most cases of late-onset FECD, appearing in people in their 50s and 60s, are caused by a repetitive section of DNA that gives rise to toxic accumulations of repeat RNA in corneal tissue. The TCF4 gene harbors a three-nucleotide repeat; the number of times this repeat occurs varies among individuals, and people who have more than 40 of the repeats are at the highest risk of FECD. The mechanism is similar to that of other diseases known as degenerative trinucleotide repeat diseases, which include Huntington’s and some forms of amyotrophic lateral sclerosis (ALS). 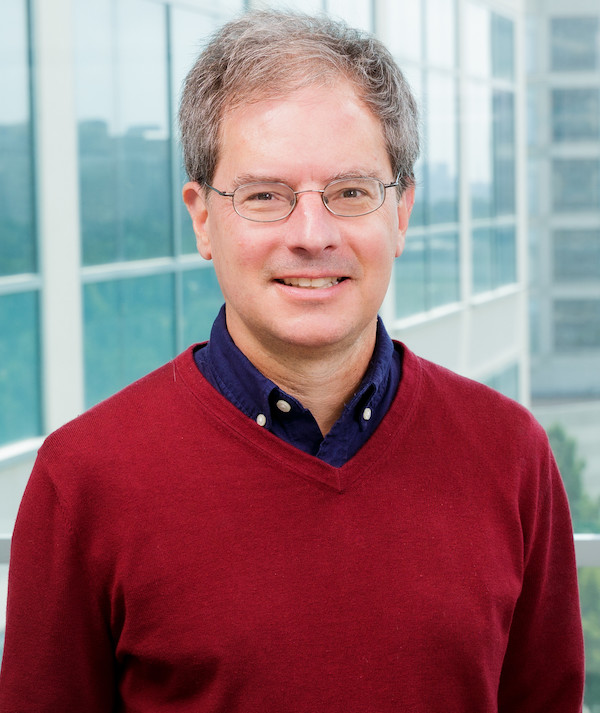 “For most trinucleotide repeat diseases, it’s impossible to obtain affected tissue, and very hard to study the early stages of disease,” says David Corey, Ph.D., a professor of pharmacology and biochemistry who holds the Rusty Kelley Professorship in Medical Science at UTSW and a co-senior author of the study. “But with the eye, we can actually look at human tissue samples quite easily.”

In the paper, published in the journal Nucleic Acids Research, Corey, an expert in trinucleotide repeat diseases, teamed up with Mootha to better understand how the repeats in TCF4 lead to corneal degeneration. The researchers compared corneal tissue collected during eye surgery from 10 FECD patients with healthy post-mortem tissue from nine eye bank donors. In addition, while screening eye bank samples for inclusion in the study, the researchers discovered six people who had the genetic predisposition for FECD but no outward signs of disease on their corneas yet.

When the researchers compared the patterns of gene expression in the three groups of eye tissue, they pinpointed a number of molecular changes in the corneas of people diagnosed with FECD. Moreover, many of those same changes were already measurable in the eyes of people with the gene for FECD, even though they hadn’t yet developed symptoms.

On average, the FECD patients in the study were 66.5 years old, and the pre-symptomatic patients from the eye bank samples were 46.8 years old, suggesting that molecular changes occur decades before full-fledged disease.

“It was really a surprise that the seeds of eventual dysfunction are sown in the tissue so long before the symptoms are visible,” says Corey.

Many of the molecular changes the team identified in the cornea were related to fibrosis, the thickening and scarring of tissue. That fits with what ophthalmologists see when they examine the eyes of people with FECD, says Mootha, and points toward fibrosis molecules and pathways as possible ways to target the disease with drugs. If levels of the fibrosis-related molecules are altered in the blood of patients before they develop FECD, for instance, a screening test could be developed.

“Our ultimate goal is to try to slow down or stop the disease process so that patients don’t need corneal transplants,” says Mootha. “Based on the results of this study, we have a much better idea of what’s happening early in the disease process, which lets us better track whether we can reverse those early changes.”

Corey’s research group has already developed one therapeutic approach for treating trinucleotide repeat diseases by blocking the repetitive genetic material. They hope to eventually test that approach on FECD.

This research was supported by funds from the National Institutes of Health (R01EY022161, P30EY030413, and R35GM11810), Research to Prevent Blindness, Harrington Discovery Institute, Alfred and Kathy Gilman Special Opportunities in Pharmacology Fund, and Welch Foundation I-1244. 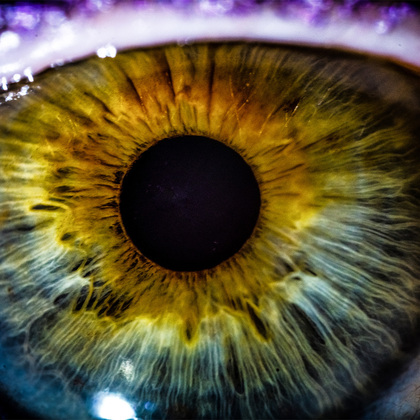 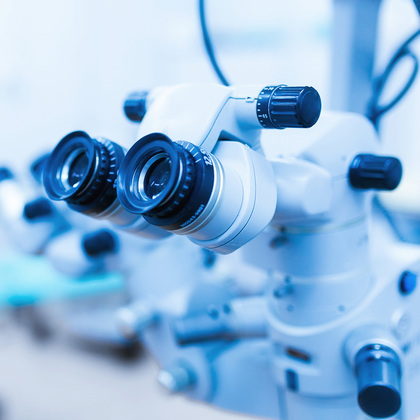 Consider risks and alternatives before deciding on LASIK surgery 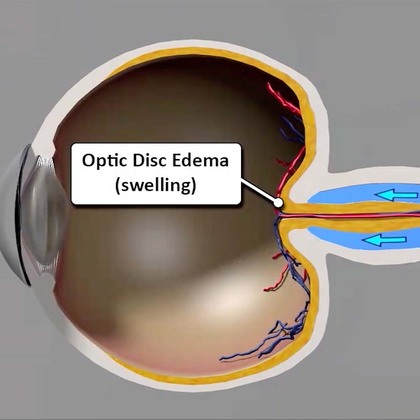