Between 2014 and 2018, the number of Medicare beneficiaries on cholesterol drugs went up, but total costs plummeted. 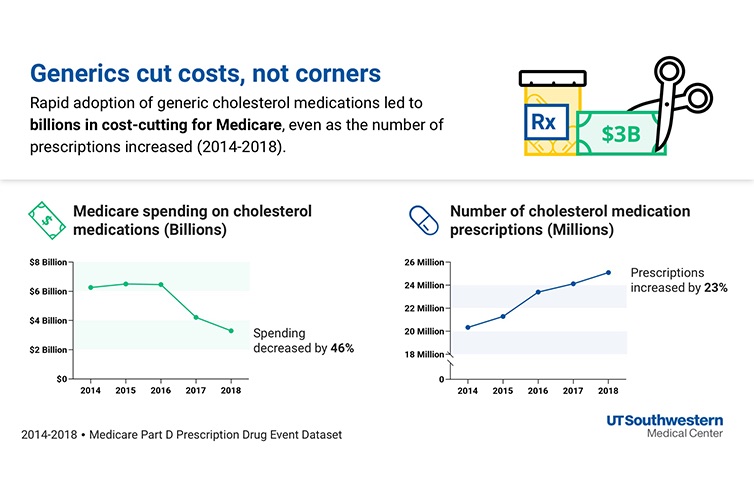 DALLAS – Sept. 9, 2020 – The switch from brand name to generic cholesterol medications that occurred between 2014 and 2018 has saved Medicare billions of dollars, even as the number of people on cholesterol-lowering drugs has increased, UT Southwestern scientists have calculated. Their data, published in the journal JAMA Cardiology, suggest that policymakers and clinicians could help cut Medicare costs even further by switching more patients to generic drugs.

“One of the most important contributors to our health care costs is expenditure on prescription drugs,” says Ambarish Pandey, M.D., a cardiologist and assistant professor of internal medicine at UTSW. “The switch to generics is an effective strategy to cut the costs incurred by health systems.” 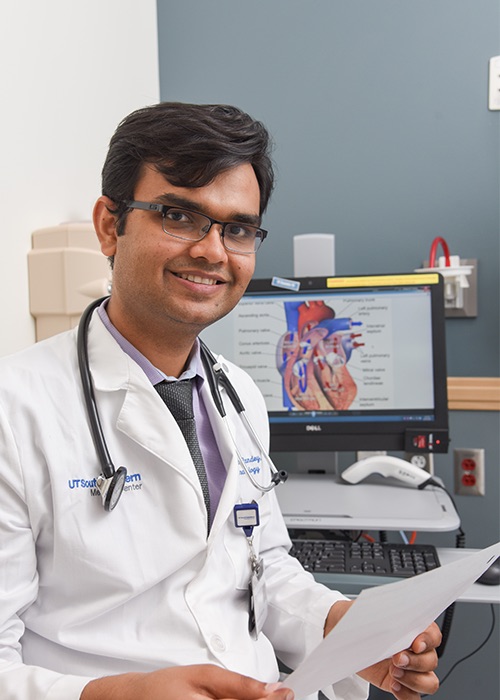 Pandey is considered a thought leader in how to leverage information gleaned from electronic health records and other health databases. He was named a Texas Health Resources Clinical Scholar in 2018 and has previously published papers on how much extended-release drugs cost the U.S. health care system, the burden of heart failure and heart attack-associated hospital readmission and mortality in the Medicare population, and the development of novel strategies to predict and prevent heart failure in this population, among other topics.

“It’s important for our health care system to find avenues to become more cost-efficient and accessible. Even though there is still a lot of work to be done, it is encouraging to see how quickly patients switched to generic options once they became available,” says first author Andrew Sumarsono, M.D., an assistant professor of internal medicine at UTSW. “This rapid switch to generics saved Medicare a lot of money.”

In the U.S., 95 million adults have total cholesterol levels higher than 200 mg/dL, and most are recommended to lower their low-density lipoprotein (LDL) cholesterol through a combination of lifestyle changes and LDL-lowering medications. The most popular of these are statins, currently prescribed to more than 35 million people in the U.S.

Between 2010 and 2018, patents on a number of statins and other LDL-lowering drugs expired, enabling drugmakers to begin producing generic versions. The widely prescribed brand-name drugs Crestor and Zetia, for instance, both had patents expire during this time frame.

In the new study, Pandey and his colleagues used the Medicare Part D Prescription Drug Event Database – which includes information on all outpatient drug spending for Medicare Part D beneficiaries. The data they analyzed spanned January 2014 through December 2018. Between 2014 and 2018, the number of Medicare Part D enrollees grew from 37.7 million to 44.2 million, and the total number of prescriptions for LDL-lowering drugs increased by 23 percent, from 20.5 million to 25.2 million.

“This really shows how prescription patterns can have a very big influence on health care costs,” says Pandey.

During the timespan studied, Medicare still spent $9.6 billion on brand-name LDL-lowering medications and could have saved an additional $2.5 billion of that by switching to generics more quickly when they became available, the study found.

A newer class of LDL-lowering drugs, called PCSK9 inhibitors, became available in 2015; Pandey’s group showed that prescriptions for these drugs were low and increased by 144 percent, from 25,569 to 62,476, between 2016 and 2018. Follow-up studies could investigate the effect PCSK9 has had on Medicare spending and prescriptions in the time since, Pandey says. He’d also like to study how out-of-pocket costs for patients have changed over time.

“Statins are one of the most important drugs to study in this context because they’re just so widely prescribed,” he adds. “But there are also other drugs that certainly have substantial costs to the health care system and need to be studied in this respect as well.”

“It’s amazing to see these drug advances in medicine,” Sumarsono says. “But we also want to make sure that everyone who needs these drugs can afford them.”

The authors have disclosed their relevant interests in the study. 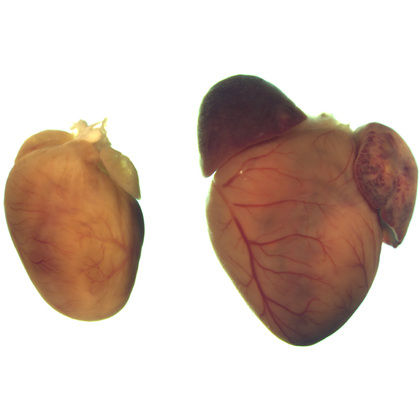